Emilia Jones on Singing and Signing in CODA 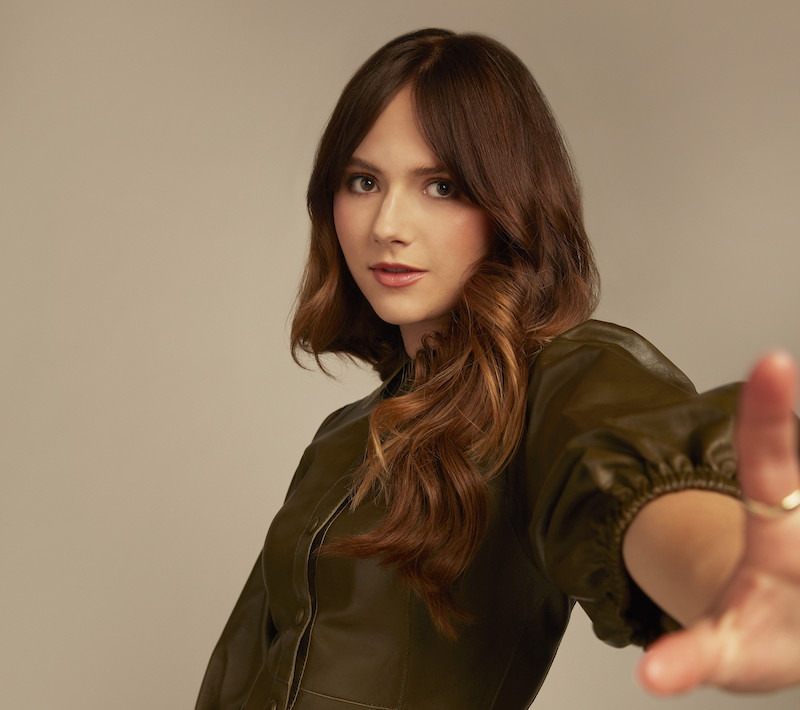 Emilia Jones had never used American Sign Language before snagging the role of Ruby Rossi in Siân Heder’s CODA, but you’d be forgiven for assuming otherwise.

“I felt like I was in such safe hands,” Jones tells MovieMaker of her experience learning a new language with the help of her ASL coach, Anselmo DeSousa, and on-set ASL masters Alexandria Wailes and Anne Tomasetti.

In the new Apple TV+ film, she plays teenager Ruby Rossi — a child of deaf adults, or CODA. Every morning she wakes up at the crack of dawn to help her family’s fishing business in Gloucester, Massachusetts, not only by hauling in nets but by serving as their liaison between the Deaf community and the hearing world. All the while, she’s grappling with her newfound love for singing — a passion her non-hearing family members struggle to understand.

“I worked with them in depth and we created Ruby and all these signs and made everything as truthful and honest and as good as we can make it,” Jones says.

The film was the native Londoner’s first time ever visiting Massachusetts.

“I loved Gloucester,” she says. “I had this gorgeous little bungalow cottage by the water. It was a safe haven.”

But as she was befriending the crew and her fellow cast members, the audition process didn’t go off without a hitch.

“Siân wanted to Skype me and talk to me about the project and the role and Ruby, and then she said, ‘I know you don’t know any sign [language], but can I send you a video of my friend signing, and you try and sign the scene?’ And I was like,’ Yeah, sure, OK,’” Jones says.

Jones watched the scene twice on the Friday that she received it, planning to take the whole weekend to practice ASL — but when she went back to the link the next day, she realized with dread that it had expired— and that she couldn’t get ahold of anyone over the weekend.

“I was like, ‘Oh no, I’m not going to be able to do it justice now. I haven’t been able to practice!’ But I remembered that Ruby would fingerspell ‘Berklee’ in the scene, so all weekend I was practicing fingerspelling Berklee. And fingerspelling, it takes you a while to get fast at it,” she said. ”I was doing it all weekend, then I was quite quick with it. So I think in a way, although I had a panic with the link and I had to stay up till like 4 a.m., 5 a.m. trying to get it right, it kind of helped me in a way, ‘cause it made my fingerspelling fast.” 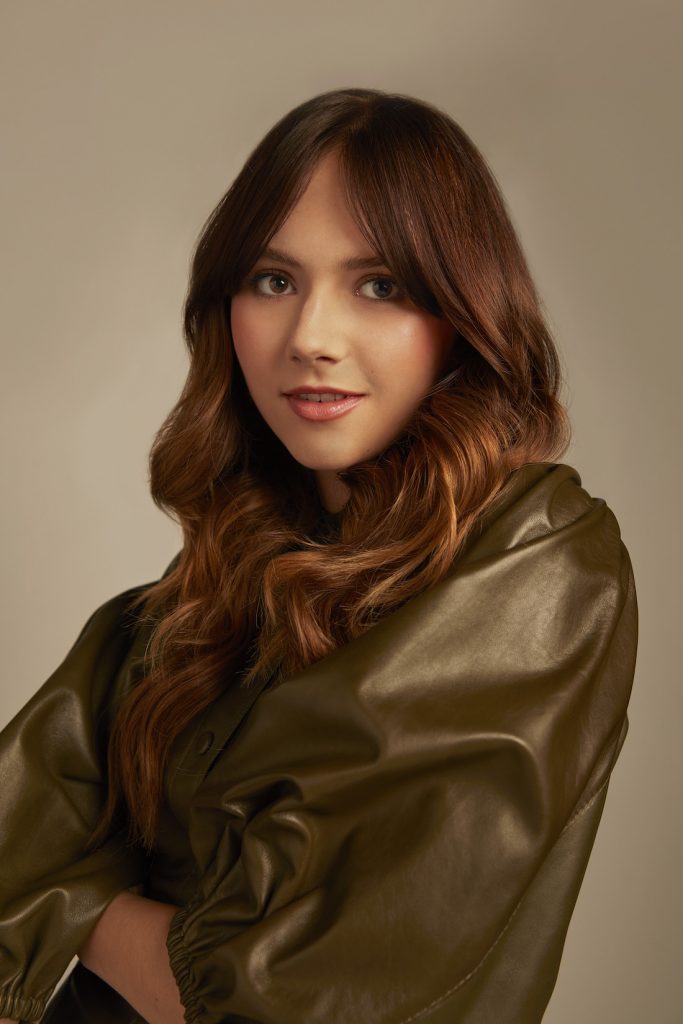 Two weeks later, she found out she’d gotten the part.

The word CODA has two meanings in Heder’s story — “coda” is Italian for “tail,” and in musical terminology, it means a passage that brings a piece of music to an end. CODA the movie presented a double whammy for Jones. Not only did she have to master ASL, but she also had to carry the show with her voice.

“I think sign language is the most challenging,” she said, “but singing was the most daunting.”

The 19-year-old’s recent credits include Netflix’s young adult drama Locke & Key, and her acting history includes childhood roles in One Day and Pirates of the Caribbean: On Stranger Tides. But CODA was Jones’ first time singing on the big screen.

“I’m always kind of singing around the house and things, but I’d never done anything at the same level that was required for CODA. I’d never sung songs like that before,” Jones said.

For her audition song, she went with “Landslide” by Fleetwood Mac. But just as choir teacher Bernardo (Eugenio Derbez) urges Ruby to take on powerhouse numbers in the movie, Jones was soon tasked with singing songs by Etta James, Aretha Franklin, and Christina Aguilera to prepare for the role.

“All these big, big songs with these big voices — and I kind of found it a bit daunting,” she says.

She used Ruby’s motivation of getting accepted into Berklee College of Music to find the inspiration.

“At the back of my mind, I was like, ‘You have to get into Berklee. You have to be the one in the choir that is picked out,’” she says.

In moments where she needs a little bit of inspiration on set, Jones puts on one of the three Spotify playlists she curates for every project she acts in — one happy playlist, one sad playlist, and one full of music her character would listen to.

“I think music is just so universal, and it makes you feel so much, that it really helps me,” she says.

Some of her favorite artists to listen to are Marvin Gaye and Otis Redding.

“I listened to a lot of that kind of music while I was shooting CODA,” she says. “I love music that makes me feel.”

Looking back on CODA, Jones will remember it as a “love letter to family — and to love.” 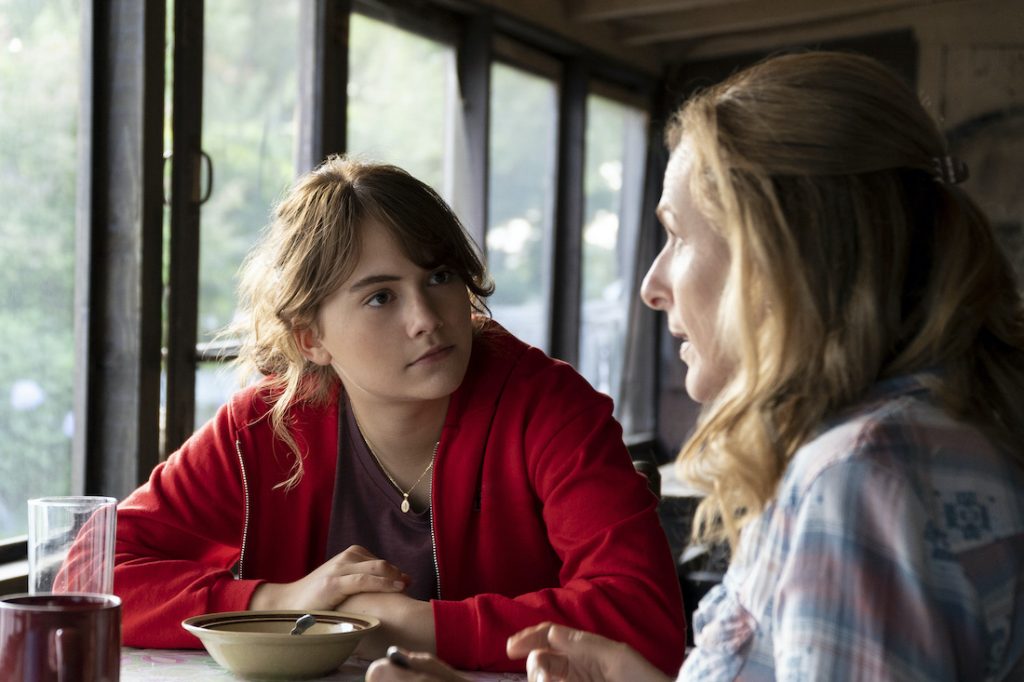 “What really kind of also drew me to CODA is that it’s such a feel-good, relatable movie about family,” she said. “I have an amazing family who I’m incredibly close to, and they have always been so supportive… and I think because I’ve been so lucky with my upbringing and with my family that I just wanted to portray the love that you have for your family and the closeness that you have.”

Post CODA, she plans to keep using sign language to connect with people in the Deaf community.

I actually went to the Locke & Key premiere in L.A., and this man came up to me and he said, ‘Can you please sign this?’ He’s like, ‘I’m deaf.’ And so I started signing to him,” Jones says. “His face kind of lit up, and he was so excited that someone there knew his language. And that was kind of a moment for me where I thought, OK, I have to continue this because this is a skill now that I can use in real life, and it’s such a beautiful language.

CODA, directed by Siân Heder and starring Emilia Jones, opens in theaters and on Apple TV+ on Friday. Main image (above): Emilia Jones in CODA.