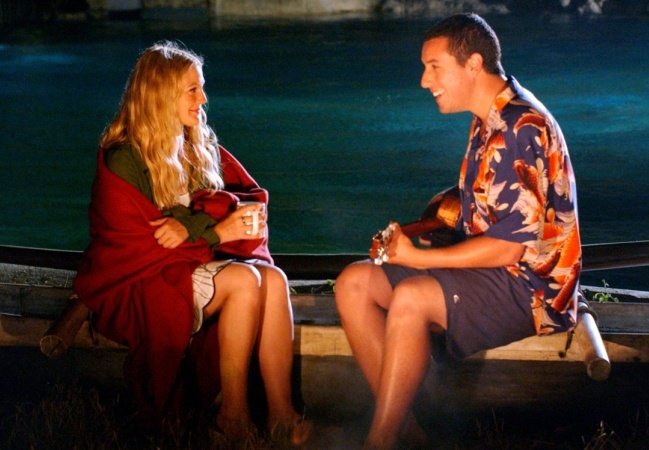 A screenplay’s title comes into play twice—before the reader reads the script, and then after they’ve read it. When you’ve paid extra attention to crafting a title, you can often come up with two meanings. This offers extra significance to the title and also manages to give the reader an extra punch when they’re done.

If you look at the title for the Tom Hanks film Cast Away, you’ll notice the dual meaning behind it. His character is literally cast away from his world, specifically from the love of his fiance—and he literally becomes a castaway when his plane crashes and he washes up on shore of an uninhabited island.

Good Will Hunting has the dual meaning of including the unique lead character name and it denotes the story element of finding the good in Will Hunting.

This is where the screenwriter can truly have fun with their titles and use their creativity on multiple levels.

But be careful. Sometimes you unknowingly—or knowingly if you have a sick sense of humor—create titles that have unintentional dual meanings.

Sexual innuendos can easily sneak up on you. When I worked as a studio liaison for Sony Studios, one of my jobs was to create Sony I.D. badges for all incoming productions and their personnel. I created many badges for a Will Smith superhero film called Tonight, He Comes. Snickers ensued. The studio wisely decided to rename the film Hancock, which still instigated some snickers, but was a clear improvement. There exists a whole different kind of entertainment industry that has mastered the art of sexual innuendos in movie titles. Let them handle it and save yourself and your script from some unintentional laughs.

Ensure That the Titles Make Sense to the Story

During my studio liaison days, I also created hundreds of Sony I.D. badges for a film called 50 First Kisses. At the time, this was Adam Sandler’s next film, reuniting him with his The Wedding Singer co-star Drew Barrymore. The film tells the story of Henry Roth, a man afraid of commitment up until he meets the beautiful Lucy. They hit it off and Henry think he’s finally found the girl of his dreams, until he discovers she has short-term memory loss and forgets him the very next day. He takes it upon himself  to meet her again and again, despite the fact that at the dawn of each new day, she forgets who he is. Now, if you watch the film, you’ll notice that while they may have 50 dates (onscreen and off), they don’t necessarily have 50 kisses. So the title of the film was changed to 50 First Dates.  Needless to say, when the post-production crew came in, I had to print additional badges with the new title.

Lesson learned—make sure the title stays true to the story. Don’t call your script The Lone Gunman if the main character travels with multiple gunmen.

Hollywood screenwriter John August tells the tale of a script he worked on during one of its drafts—it was called Planet Ice. The problem was, there was no planet made of ice in the script. It was a title that was a holdover from previous drafts. The film was eventually released as Titan A.E.

Google Any and All Titles

We do live in a small world after all (my apologies if a certain song is now stuck in your head). Compelling titles are hard to come by and as we’re all humans, well, great minds think alike. It’s not uncommon to discover that multiple books, screenplays, and movies share the same title that you just brainstormed for two weeks. It can be heartbreaking. So do yourself a favor and Google any titles that you come up with. If you find matches with self-produced books or any other more obscure property, don’t worry about it as long as the content is vastly different. But if you see that previous movies have been released with the same title — or there are upcoming releases in development or production —  you’re better off going in a different direction.

Studios have often been known to stockpile and trade great titles as well, even if the actual script isn’t used. The Bruce Willis film Tears of the Sun was actually a title of a script that was previously under consideration for a then fourth Die Hard installment. Willis later asked the studio for the title to use for the non-Die Hard film in exchange for agreeing to do a Die Hard sequel based on a different script, which would become Live Free and Die Hard (Die Hard 4.0 in some territories).

There is no exact science for creating masterful screenplay titles. No magic formula. No “fill in the blank” Mad Lib sheet. It’s all trial and error. The true key is to put a lot of thought into it because it truly is a key factor to your screenplay in that first phase. A strong title can be the difference maker, no matter how ludicrous that may seem to some. These nine directives are there to help you through the journey of finding that one title. And maybe you’ll luck out and find one that proves to be lightning in a bottle. MM