First Draft: Allow Your Characters to Introduce Themselves With These Seven Ways to Reveal Their Names 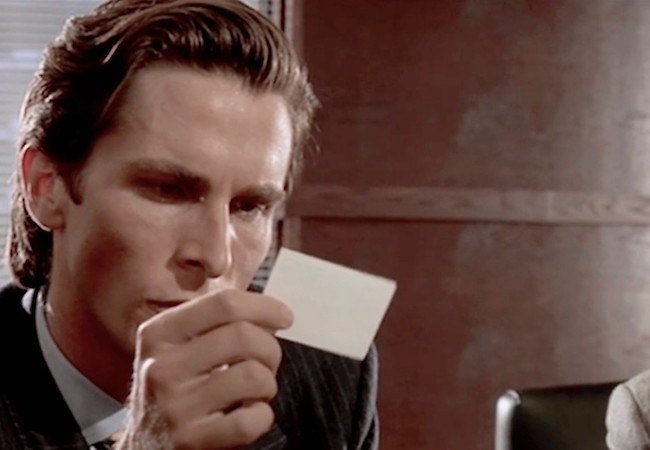 The go-to screenwriting topics of discussion for any given day usually include the likes of concept, story, plot, character arcs, structure, and marketing. These are all essential elements of screenwriting and they should be discussed.

However, there are many other idiosyncrasies at play in screenwriting. And these stones often go unturned despite the fact that they are important—collectively—to the end product, no matter how simple they may seem.
Hollywood screenwriters John August (Go, Big Fish, Charlie’s Angels, Titan A.E., Charlie and Chocolate Factory, Corpse Bride and Frankenweenie) and Craig Mazin (The Hangover Part II, The Hangover Part III, Identity Thief, The Huntsman: Winter’s War) recently tackled one of these unique but important elements to screenwriting in their Scriptnotes Episode 291 Podcast.

What are the best ways to introduce characters’ names to the audience? It may be a simple question, but it’s a difficult script problem to tackle.

“The worst way is just when two people who know each other are taking like John and I are talking right now. And I’m like, well, you know John, out of nowhere I just mention your name. Scott Frank always blows up about this. He’s like how many times do we use each other’s names when we’re talking to each other? Zero percent of the time. We both know each other’s name. That’s always the worst,” Mazin quips during the podcast.

Character name introductions in screenplays and the eventual produced movies often come off as forced and unnatural. Thankfully, through their podcast discussion, John and Craig have brainstormed seven ways to better introduce character names. We feature these excellent solutions and elaborate on their points below.

Introduce Names Through a Group Conversation

As Craig mentioned before, two people having a conversation know each other—or at least have gone through the introductions that would dictate a name drop (and if not, well, there’s a simple way to introduce the names). Thus it would come off as very unnatural for them to refer to each other by name. However, when more than two people are talking, in the real world they will say a character’s name to differentiate who they are talking.

PATRICK
So we know what Lewis thinks on the subject. What about you Donald?

Screenwriters can use name tags, nameplates on desks and office doors, business cards, and any other number of items to easily introduce a character’s name to the audience.

This practice can often come off as a bit too forced, so the best way to avoid that in this scenario is to be creative. Perhaps showcase computer readouts, mugshots, signatures, or whatever else gets the job done.

And to be creative, screenwriters can have fun with these moments by utilizing mispronunciations.

This is a simple yet effective way that is natural to the real world. If a character is in their office, they may answer the phone naturally by saying their name.

Or you can take it a step further and have a receptionist or assistant answer the phone for them before transferring the call. Characters that are detectives or federal agents may answer their phones with just their last names or their rank and last name. Either way, there are many variances to use phone answering as an option.

Characters Referring to Others

If we stay with the office setting, the script may showcase two co-workers talking about a nearby manager or co-worker.

JIM
What’s going on with Dwight?

Screenwriters can also work with transitions. If two characters are talking about another character not present in the scene, the very next scene could focus on that character being talked about, thus the name is implied.

Don’t Mention the Character Name at All

The story and setting will usually dictate whether or not a character name needs to be introduced, but it’s usually best that they are.

Listen How People Say Names in the Real World

“I would also just recommend as you go through life over this next week… listen for times where people say their names or you learn somebody’s name in a natural way. And just take note of that. And maybe you’ll find other good ways to get that name out there in your script,” John August wisely points out.

Overall, as with any writing, be creative. Always look for unique ways to tackle otherwise simple problems. And when in doubt, just keep it simple. And natural. MM

First Draft: Follow These Screenwriting Steps To Steer Clear of Pesky Plot Holes
First Draft: Rewrites Aren’t the Only Way to Improve Your Screenplay. Try Rearranging It Instead