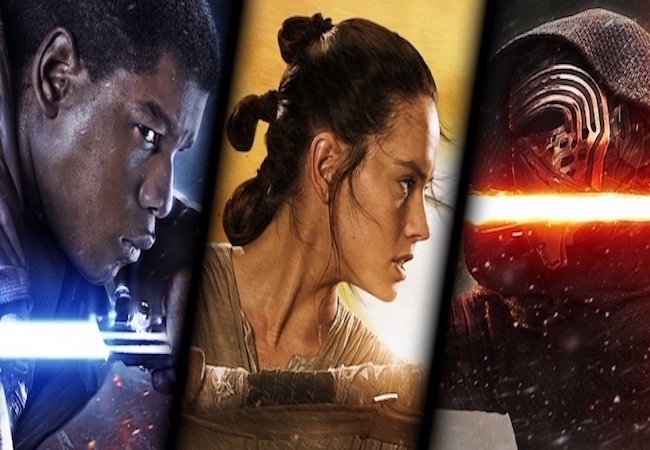 Filmmaker Kirby Ferguson defined the state of Hollywood best when he named his popular Vimeo series Everything Is a Remix. In film, that statement is 100 percent accurate.

Filmmakers and screenwriters are slaves of their influences. Even the greats like Steven Spielberg, Martin Scorsese and Quentin Tarantino create films—and moments within their films—that are remixes of what they love, what they grew up with and what continues to engage them today.

In the studio system, we have reboots, remakes, sequels, multi-universe franchises, genre storytelling, etc. Many consider this to be a weakness in Hollywood, however, nothing could be further from the truth. All storytelling ends up being a remix in the end, influenced in some way, shape or form by what has graced the stage, page or screen before them.

Ferguson’s video series, specifically showcased in the example we’re using below—Everything Is a Remix: The Force Awakens—showcases the three elements of remixing. Here we’ll break them down, using Star Wars: The Force Awakens and other films as examples, and then apply that earned knowledge to how screenwriters can best benefit from a proper remixing of stories, characters and concepts.

As you’ll see in the video, the three elements of remixing are:

Copying entails taking an element from previous content and placing it within something new in near “as-is” form. In the original Star Wars, George Lucas often copied specific camera shots taken from other films, as you saw in the video.

Almost 40 years later, J.J. Abrams took copying to a whole different level. Many can argue that George Lucas did the same with Star Wars—storylines and themes lifted from The Hidden Fortress, Lord of the Rings, and Flash Gordon—however, some feel that Abrams went a step further. Despite the critical accolades and unbelievable box office success, Star Wars Episode VII: The Force Awakens does have detractors and many of their complaints stem from the extensive copying that Abrams did.

As the video details, these are some of the copied elements from the original Star Wars that are found in The Force Awakens:

In the context of screenwriting, this is often a frustration that many script readers have as they read endless scripts throughout the year. Too many writers, perhaps with full knowledge of how everything really is a remix, copy such elements from films that have already debuted. Some stories and characters seem to be directly lifted from other scripts and placed into others. Hollywood is clearly guilty of this as well.

However, The Force Awakens also managed to rise above what would otherwise have been a copy cat of a script by also embracing the second element of remixing. 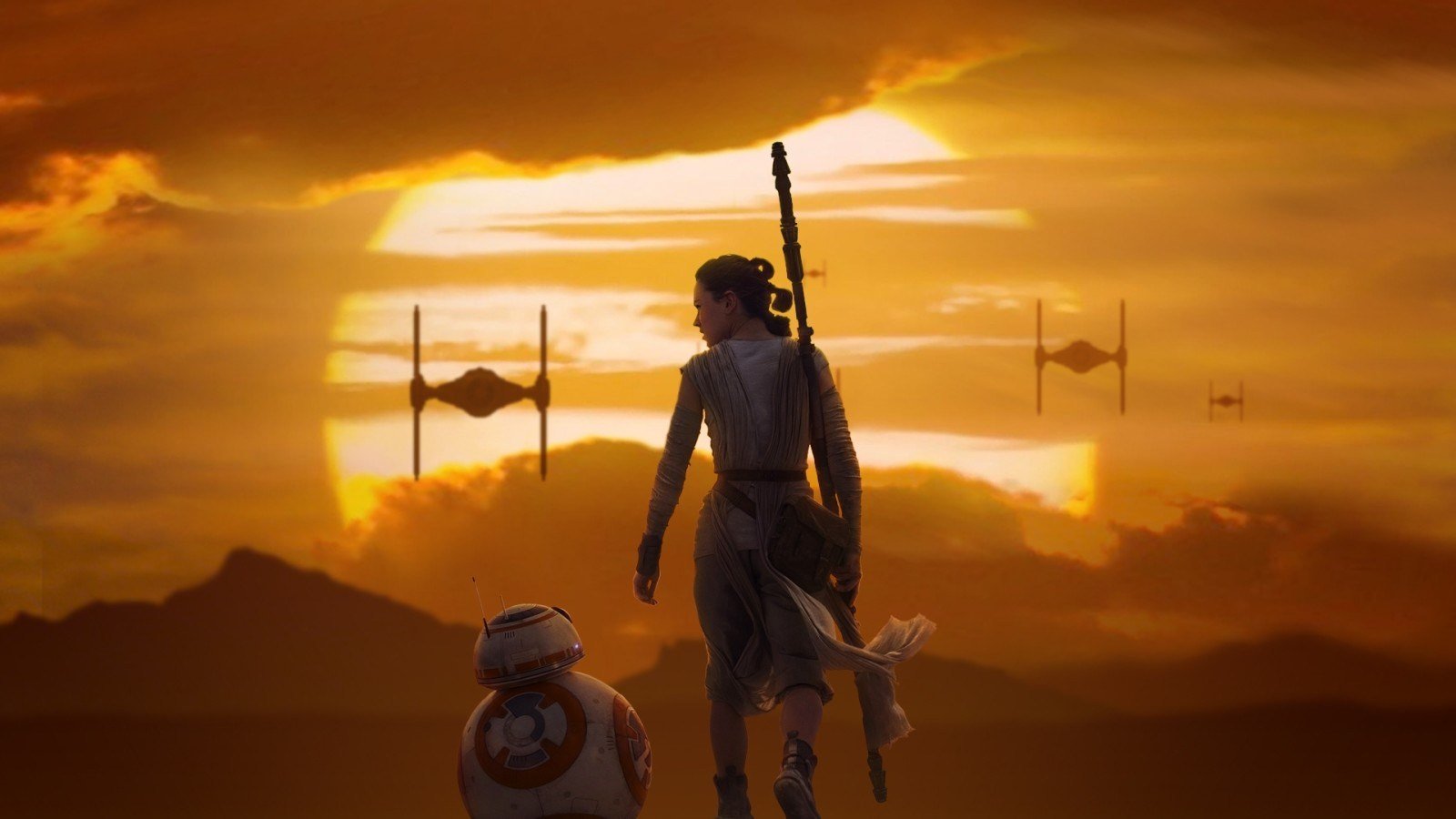 Transforming entails taking an element from previous content and literally transforming it into something else to offer something new.

While The Force Awakens is clearly guilty of copying many elements from the original, the sequel also has many new transforming elements:

These are the storylines that stand out the most in The Force Awakens, primarily because they offer new transformed takes on otherwise copied elements. Yes, the hero is still an orphan on a desert planet. However, the hero is a young woman this time around, living on her own. Yes, there is a masked villain that embraces the Dark Side of the Force. However, he hasn’t mastered it yet and is clearly much like Luke Skywalker was in the first two original trilogy movies, only Kylo Ren is learning the ways of the Dark Side instead of the Light.

The original Alien took a monster flick and put it into the world of space travel. 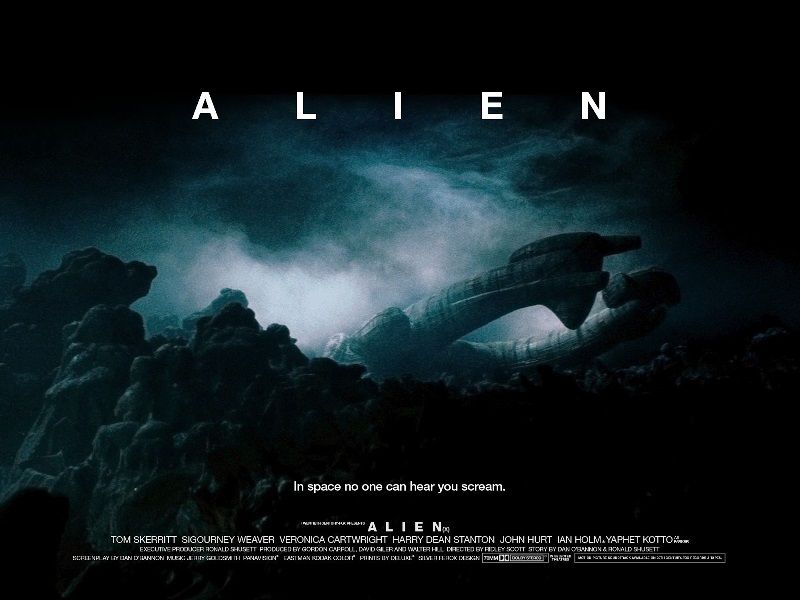 Its sequel, Aliens, took that concept and injected it into the world of a soldier movie.

So What Have We Learned?

The lesson learned between the three remixing elements of copying, transforming and combining is that the best remix is comprised of at least two of those elements.

Had The Force Awakens not utilized those transforming elements, it would have likely been thought of as more of a remake than a sequel.

Here’s where it gets interesting, especially for screenwriters.

There is a reason that we see so many reboots, remakes, sequels, multi-universe franchises, genre storytelling, etc. Audiences show up for them in droves. Yet when they see nothing but a retread of what has come before—copying—such films aren’t as successful as those that copy, transform and combine. With superhero movies, the general origin stories are overly familiar but the new characters and their situations are what keeps audiences coming back. When sequels to those films debut, especially with the likes of multi-universe franchises like the Marvel Cinematic Universe, audiences are enthralled with the combining aspects of seeing their favorite superheroes in the mix with others.

For genre films—horror, action, thriller—audiences love to see combinations and transformations. How many haunted house movies have there been in the last two decades? Despite a great many of them, audiences often keep coming back for more as long as there are different elements within the otherwise copied haunted house concepts. The same can be said for action movies and thrillers.

Audiences also love the novel, the unusual and the innovative. As the video states, however, it’s a smaller and more risk-oriented market.

Between Familiar Films and Novel Films, you’ll find that box office numbers showcase a favor for the familiar while critics often favor the novel.

This is where screenwriters need to do their own second layer of remixing to find those gems.

Using the Remix to Succeed in Hollywood

Everything is indeed a remix. Using what we’ve learned about the three elements of remixing—copying, transforming and combining—screenwriters need to incorporate what we’ve also learned about what audiences respond to.

We know they love the familiar, yet we know that we have to transform and combine in order to keep their interest beyond that. We also know that there are niche audiences that embrace the novel concepts.

In Hollywood, because audiences love the familiar, so do the studios and major production companies. It is show business after all. But like audiences, Hollywood isn’t content with screenwriters simply copying what has proven to be already successful.

Studios don’t want more of the same, especially from newcomers. While the product that they release may seem to say otherwise, for every copy cat studio-like script that you write, there are a hundred more circulating endlessly through Hollywood.

Screenwriters need to find that hybrid of what is familiar and what is novel, unusual and innovative. Those are the types of scripts that can make a career, whether they get made in the end or not.

Ex Machina took the ever-so-familiar concept of artificial intelligence (Terminator franchise, A.I., and Blade Runner) and made it smaller, contained, and more cerebral.

Looper took the popular time travel concept, then transformed and combined it by having the lead protagonist being hired to kill his older self.

Everything is a remix, yes, there’s no escaping that. But it’s how you remix things that matters most. Do it poorly by just copying and you’ll never sell a script or get your writing noticed. Do it well by copying, transforming and combining—you’ll stand apart from the rest and offer audiences and Hollywood something familiar, but new. MM

The Politics of Plot: What Liberal or Conservative Architecture is Your Narrative Constructed Upon?
First Draft: What “Write What You Know” Really Means