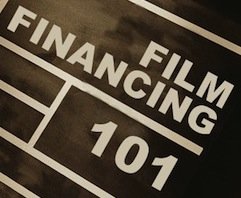 As part of our continuing DIY Monday series, we are sharing an excerpt from the 7th edition of Louise Levison’s book Filmmakers & Financing: Business Plans for Independents. Louise is regarded throughout the industry as the guru of film business plans; her clients have raised money for low-budget films such as The Blair Witch Project, the most profitable independent film in history.

In this new and updated ultimate filmmaker’s guide, Levison gives readers easy-to-use steps for writing an investor-winning business plan for a feature film including comprehensive explanations for each of the eight sections of a plan, a full financial section with text and tables, a complete sample business plan, a companion website with additional information for various chapters and detailed financial instructions, and much more!

BEING IN THE PREDICTION BUSINESS

Nostradamus has become well-known due to his dire predictions about December 21, 2012. If you are reading this book, we probably haven’t been hit by a comet (or other fireball) nor has there been anarchy and World War III. As with predictions by other seers, there have been predictions by Nostradamus that have turned out to be completely wrong or totally misinterpreted. When I first started in the film business, several accountants insisted that I couldn’t predict the future. I said, “Yes, but it is a lot of fun trying.”

Then why do we do it? No one can afford to run a country, school, or film business without looking ahead. Whether you are planning one film or a slate, only when you have a clear picture of future results can you proceed with a feeling of confidence. In the past 150-plus years since moving images were shown with zoetropes, little has changed except the technology and net profits. In the beginning, there was no sound. Now actors talk, and we have 3D.

For filmmakers, predicting the revenue and costs associated with films to be made is a necessity. As long as you have a good rationale, you can’t let fear stand in the way. Will you be right? Chances are that audiences, critics and other forces out of your control will interfere. Yet you need to have a rational basis for going ahead with the project and asking other people for money. This chapter reviews how to find data, what to do with it after you find it, and how to create your own financial forecasts.

Students often object to even looking up box office grosses for a class assignment. Their idea of a business plan is a synopsis of their film and, possibly, an idea of who wants to see it. Although important, these items are the given quantities on one side of the equation for estimating revenues and costs. Remember the investors? They are going to read the Executive Summary first and then go quickly to the financials. Money is the glue that holds these building blocks together.

A filmmaker recently asked me if all my business plans showed films making a profit. The short answer is “Yes.” Before investors hand over hard cash, they want to believe that your project will be profitable. A Mark Twain quote that I used to use at the beginning of this chapter is, “Get your facts: then distort them as you please.” In rethinking the quote, I became concerned about the phrase “as you please.” Partially, this is true. However, keep in mind that whatever the forecast, it has to look reasonable to “the person who has the gold.”

Forecasting is an art, albeit not a precise one. Sophisticated business writers like to say that the one sure thing about a prediction is that it will be wrong; they are probably right. The value of a forecast is as a guide for making decisions; the better informed the forecaster, the closer to actual events the forecast will be. By researching history, obtaining the best data possible, looking for relationships among the data you find, and making assumptions about the future based on those relationships, you hopefully have a rational basis for your forecasts.

When writing your business plan, you have to decide which group of numbers tells your story best. The most recent data may be a year or two behind because of the flow of revenues. Rather than putting whatever spin on these statistics appeals to you, a few more years of historical information is needed. Remember our discussions about investors in the previous chapter? They value two things most of all: facts and common sense. Your goal is to show that the independent film market is robust and that profits can be made.

Anyone Can Do It

There is no mystery to forecasting revenues and expenses. You do not have to be an accountant or hold an MBA. You do not need previous knowledge of trend and regression analysis or internal rate of return. This jargon is used by financial whiz kids to speak to one another; life can go on without it. You can take numbers from the most credible sources and create projections that look feasible. You will take the elements that seem to influence the outcome of a film—genre, stars, director, distribution, revenues and costs—and analyze how much you think each will influence the resulting revenue. The only math skills you will need are adding, subtracting, multiplying, and dividing, as well as an elementary understanding of ratios. If you can balance your checkbook, you can create a forecast.

What are Comparative Films?

Forecasting requires that you use films that reasonably can be compared by theme, budget, and release date. Due to inflation, audience tastes, numbers of screens, and other film business trends, the industry standard has been five to seven years including the current one. I have always used the five most previous years plus the current year.

What makes a comparative (comp) film is a combination of factors. First of all, making an independently financed film does not mean that you can only use independent films. For low budgets, most of the films within a reasonable budget range are likely to be the only ones available. If you were making a film like Knowing , for example, with a budget of $37 million, it is likely that a majority of your comparative films will have been made by studios. Secondly, what is a reasonable budget range? With a $2-million budget, I would like all comp films to be at $8 million or below on the high side. To find enough films, however, you may have to move the upper limit of budgets that you are using. In recent years, I have had to go to $10 million depending on the genre of the film.