Felicity Jones Is a Woman of Many Passions. One of Them Is Raving. 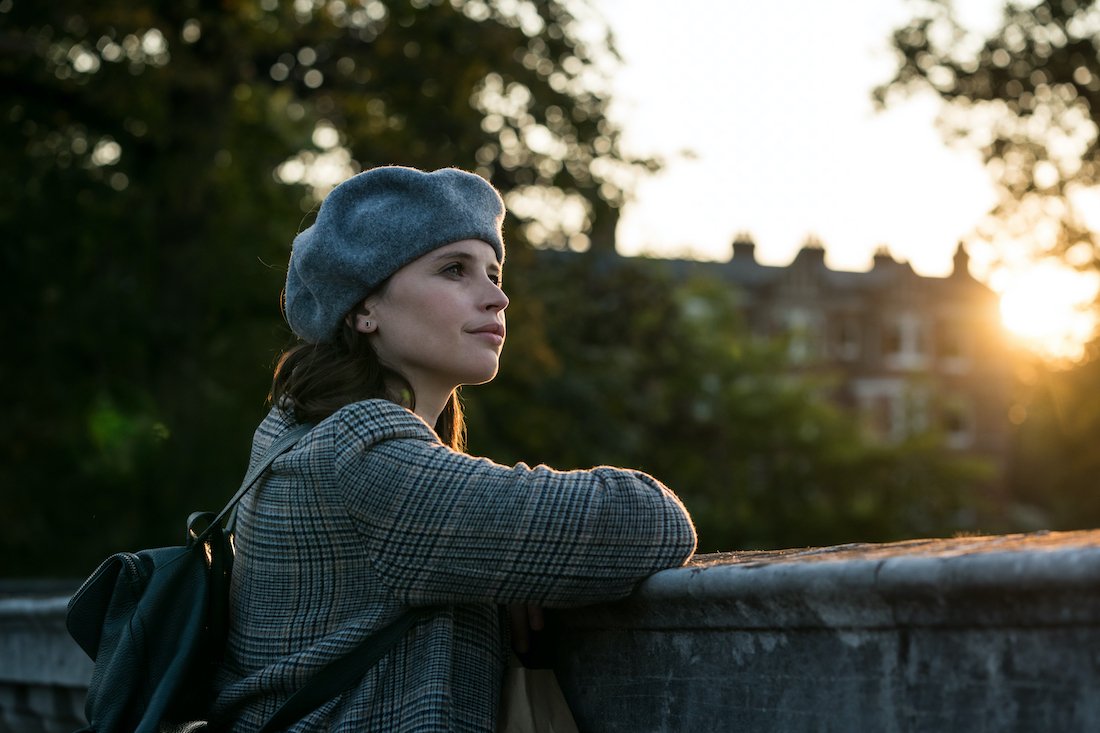 Going by Felicity Jones’ movies, you probably wouldn’t guess that what she really wants to do is go to a rave.

“I love dance music. I love it. I love a bit of raving,” the actress and executive producer of The Last Letter From Your Lover told MovieMaker. “That’s definitely a passion of mine. I haven’t had the chance to do much recently.”

That thoroughly modern interest contrasts with Jones’ acting career, which is largely populated by historical films in which she’s often the leading lady. Take 2014’s The Theory of Everything — she earned an Oscar nod playing Jane Wilde, wife of Stephen Hawking, who struggles with the impending certainty that he’s losing control of his body to ALS. Then there is, of course, one of her best-known roles — late Supreme Court Justice Ruth Bader Ginsburg in 2018’s On the Basis of Sex, which finds her stubbornly and resolutely fighting for equality.

In 2019, she reunited with her The Theory of Everything co-star Eddie Redmayne to fuse a period film with an action movie in The Aeronauts, which was inspired by the true story of a balloon pilot and a scientist who risk their survival to venture into the sky in a hot air balloon in the 1860s. Prior to that, she’d gone full action-packed heroine as Jyn Erso in 2016’s Rogue One: A Star Wars Story and 2017’s Star Wars: Forces of Destiny.

But her upcoming Netflix film The Last Letter From Your Lover is a departure from those genres altogether. The Jojo Moyes book adaptation is a contemporary love story fit for watching by the fire under a blanket and with a glass of rosé in hand. In it, she stars as a modern-day journalist named Ellie Haworth who makes it her mission to find out what happened to two star-crossed lovers who wrote passionate love letters to each other in the 1960s.

She remembers director Augustine Frizell telling her, “I really want to do something cozy.”

Jones executive produced Last Letter under her new Piecrust banner that she runs with her brother, documentarian Alex Jones (no, not the InfoWars host).

The Last Letter From Your Lover premieres July 23 on Netflix. In the meantime, with England reopening next week, Jones may finally get her chance to attend a rave.

“I’m looking forward to a long night of reckless dancing,” she said.

“It’s gonna be a funny year to look back on, isn’t it? Whether it will just all disappear and it’ll be like a strange dream, who knows? But it’s definitely been a strange one,” she added. “The world has collectively been on pause, which I don’t think any of us ever imagined in our lifetimes.”

You can read our full interview with Jones here.

Cage Escapes Tiger; Loki Influences; What Tarantino and Scorsese Watched in Vegas
Who Is Elize Matsunaga From Netflix’s Once Upon a Crime, and Where Is She Now?