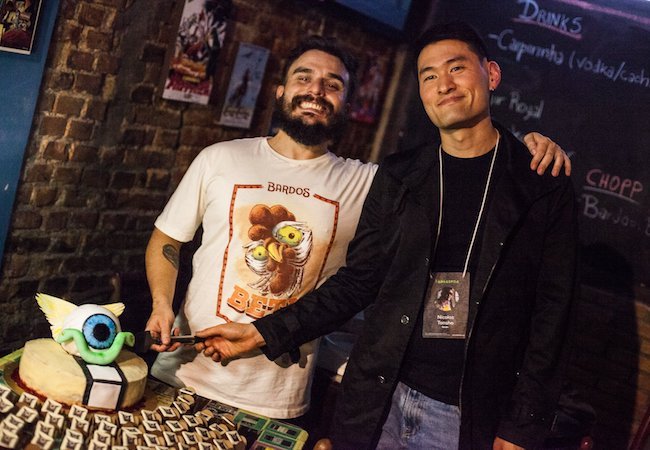 It’s 1 a.m. in Porto Alegre, Brazil, and I’m sandwiched between Larissa, the Fantaspoa International Fantastic Film Festival staffer who’s just picked me up at the airport, and Eder, the moviemaker with whom I shared my ride, on the elevator going up to my hotel room, and this is my way of telling them I’m way too tired to hit the pub down the street. To sleep would be the wiser choice, but after some persuasion I cave, and in a matter of minutes we’re clinking caipirinhas at Mondo Cane Empório Bar, whose Euro cult-inspired name and brick walls plastered with classic genre film posters reassure me that if I’ve come for fantastic cinema, I’m in the right place. As the dust settles on opening night, there are hugs, kisses, toasts; before we even exchange words, Pedro Rivero, co-writer-director of the grim and gorgeous animated fable Birdboy: The Forgotten Children, grabs my arm and bites it, zombie style. Embraced by festival directors João Fleck and Nicolas Tonsho and their merry band of misfits, I feel less like an industry attendee than as if I’d just crashed a family reunion.

For 14 years and counting, Fantaspoa’s tiny but mighty team has secured 100 percent of its funding from the Brazilian government, and it now stands as the largest genre festival in Latin America. It’s also the longest in the region, spanning 18 days—each of them unhurried and none overbooked, so overlap between events is kept to a bare minimum. “You can have films anywhere in the world, but not this company,” Fleck tells me, twisting my arm to grab barbecue and beer as I’m drawing up my screening schedule for the week on my first day. I’m dumbstruck: Is the Festival Director actually discouraging me from seeing the films? But I soon learn that’s not his angle; Fantaspoa runs for more than two weeks so guests don’t have to kill their darlings, as very little of the fest’s premieres, masterclasses, meals, and late-night revelry unfold at conflicting times. 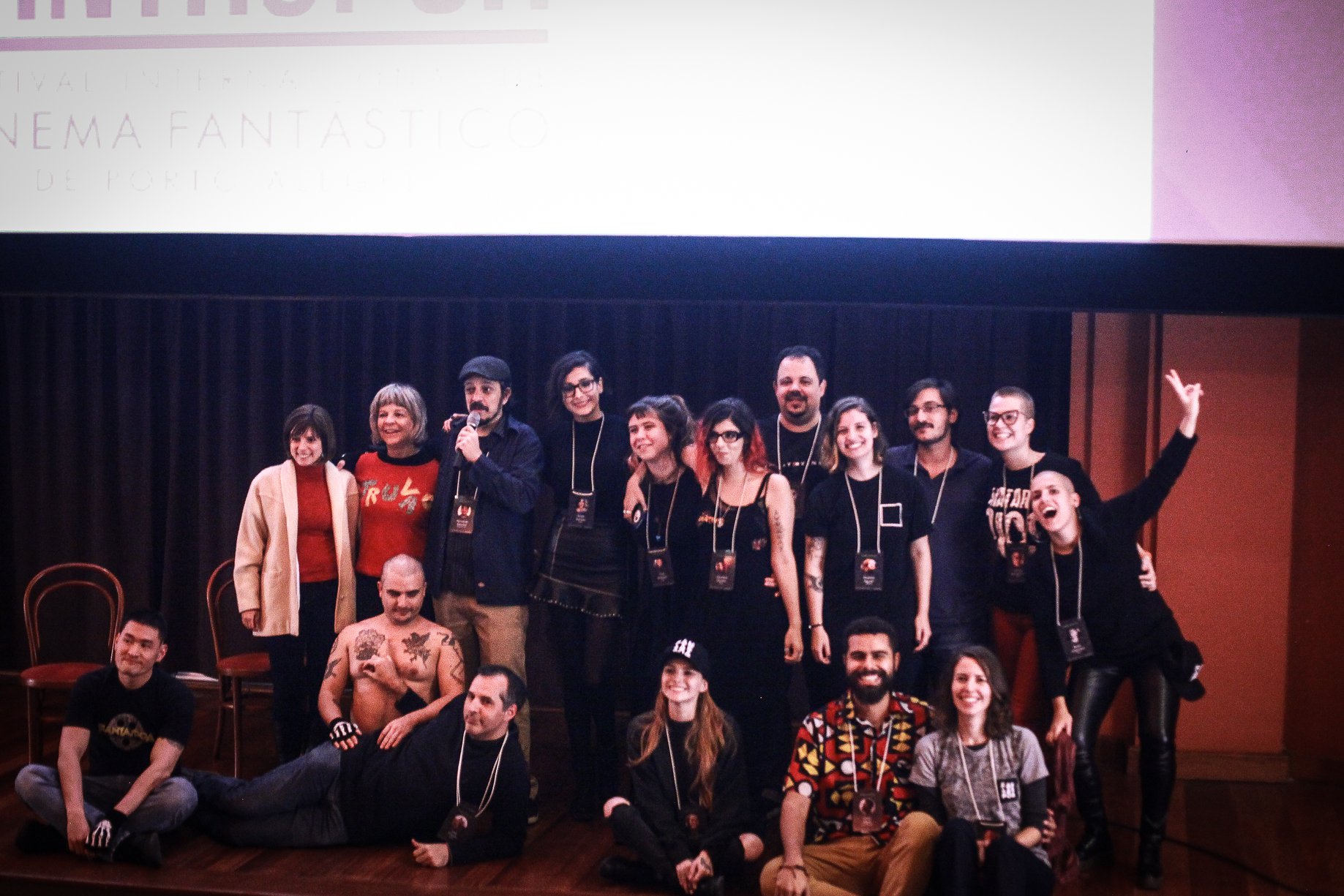 Fantaspoa’s family of moviemakers and festival staffers at one of the 2018 edition’s many workshops. Photograph courtesy of Fantaspoa International Fantastic Film Festival

If it were possible to view a time-lapse scene of the shenanigans on the second floor of Fantaspoa’s flagship theater, the Cinemateca Capitólio, one would quickly get a sense of the fest’s organic networking scene: newfound friends walk in bandaged up after getting the fest’s logo tattooed on their arms; creative partnerships take root over an untold supply of pop-up shop pizza, coffee, and cocktails; groups grow in numbers in the hours between when a film lets out downstairs and when the next occult-inspired masked party or yacht-bound bash begins.

It’s a dizzying amount of action to take part in, let alone be tasked with running—so much so that I can’t help but notice both festival directors working and playing at the same time all the time. Amidst the chaos, Fleck—shirtless, always shirtless—and Tonsho huddle up, swigging champagne one moment and tweaking subtitles of a selected film the next. Yes, the pair provide Portuguese, Spanish, and English subtitles for all of Fantaspoa’s 120-plus screenings. In fact, providing this service since 2008 under their production outfit, Fantaspoa Produções, is what Fleck credits with sparking the fest’s rapid growth from its fourth year to the present day. In that spirit of growth, 2018 ushered in the fest’s first ever production market, FantasMercado, where 16 Latin American moviemakers pitched projects and several deals were closed—including one between Cinestate, Fangoria Films, and Fantaspoa Produções for the rights to Skull – The Máscara de Anhnagá, a project from moviemaker Kapel Furman’s Infravermelho Produções.

During my last meal in town on the deck of Dirty Old Man, a local favorite bar and shrine to Charles Bukowski, Fleck and Tonsho drop some hints to me that their year of “firsts” still hasn’t yet peaked. Days after I return stateside, I see why: Fantaspoa announced the launch of their new distribution wing, FantasFilms—a  joint venture with Marcelo de Souza’s Mares Filmes—to cap off their awards ceremony on closing night. (Hernan Aguilar’s Best Ibero-American Screenplay award-winning Madraza, Shin’ichirô Ueda’s Best International Film award-winning One Cut of the Dead, and Jenn Wexler’s Best Soundtrack award-winning The Ranger were just three of 16 features that, regardless of whether they snagged competition prizes, were revealed as part of the international slate FantasFilms will soon unleash upon Brazilian audiences.)

Weeks after Fantaspoa ends, I’m still getting pings in the fest’s WhatsApp thread from members whose group texting commitment is unrivaled. They miss it all the moment they leave, and like me—and indeed, the festival itself—once they’ve started, they aren’t able to stop. MM