Exclusive: Thomas Middleditch and Jess Weixler Dive in and Let Go in This Underwater Clip from Entanglement (Video) 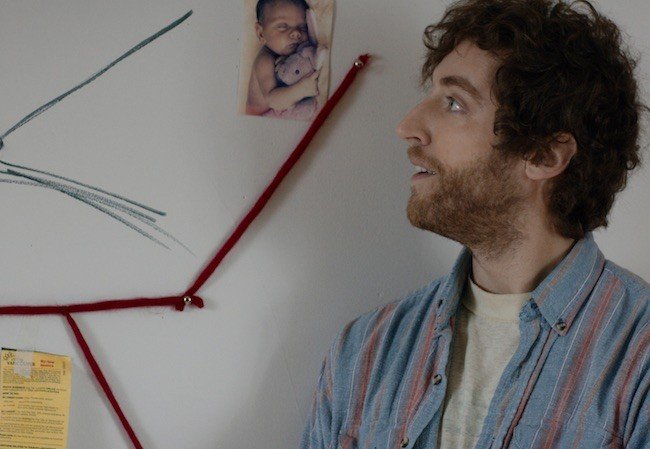 Jason James’s (That Burning Question) upcoming film poses these “what ifs,” quite literally, in a plot of yarn mapped by Middleditch’s Ben. Ben’s string (yarn?) theory assessment of life was nearly one bad bath away from non-existence—a yarn-thread to end all yarn-threads.

And then there was Hanna.

Thanks to her incidental visit, that both prevents Ben’s suicide and begins a budding relationship between them, there will be yarn. A la Wristcutters: A Love Story and Eternal Sunshine of the Spotless Mind, Entanglement (trailer here) utilizes grounded magical realism to sift through our burning anxieties with a fantastical lens.

In the clip below, Middelditch and Jess Weixler’s (Teeth, The Disappearance of Eleanor Rigby) Ben and Hanna embark on a visually trippy dive.

“The hardest scene to shoot was also my favorite. In the film there are three different underwater sequences. I had never done an underwater shoot before, so I storyboarded out all the shots,” James said.

“We allowed half of a day to capture about 16 different shots. When it took over two hours to get the first shot, I realized there was no way I could get everything I wanted in that time frame… so I just had to improvise. There was an underwater speaker where the actors could hear me giving directions like ‘swim to camera’ or ‘dive deeper’. They were amazing, such good sports. And the footage ended up looking quite beautiful.

‘Just let go’ indeed. I should also add that Thomas Middleditch can hold his breath for an inhuman amount of time. That helped.” MM

Trojan Horse: Sebastián Lelio on the Music and Writing of His Oscar-Nominated Movie About Movies, A Fantastic Woman
Blow by Blow: How Francois Truffaut and His New Wave Contemporaries Deconstructed Filmmaking