Everyone Watching Loki Agrees the Time Keepers Are Bogus, Right? 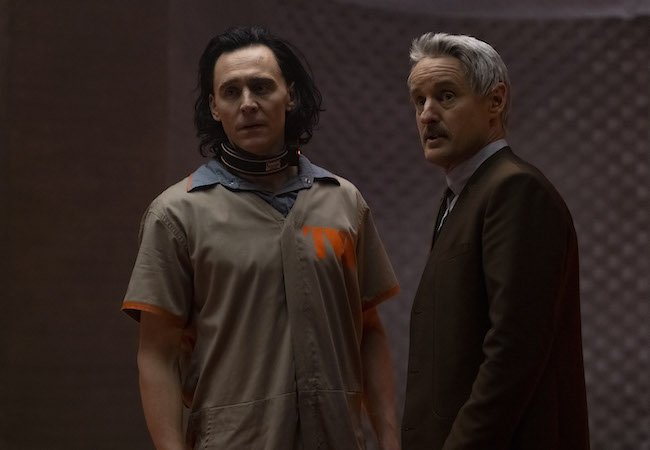 Sometime last week, everyone watching Loki agreed at about the same time that the Time Keepers – the lizard-looking beings who supposedly help the show’s Time Variance Authority make sure that everything that is supposed to happen actually happens — were a lie.

You can listen to the precise moment we came to this conclusion on the latest episode of the Low Key podcast, where we discuss not only the Time Keepers but Kang the Conqueror and plenty of other theories about what Loki, God of Mischief (Tom Hiddleston) and TVA bureaucrat Mobius M. Mobious (Owen Wilson) have gotten themselves into. It’s above, or wherever you listen to podcasts.

Why do we think the Time Keepers are fake? Or a front for something else? Because we’ve been down this road before.

The most surprising thing Loki could do it reveal that the Time Keepers are exactly what the TVA says they are.

Marvel’s third television series on Disney+ is set after the events of Avengers: Endgame. Hiddleston reprises the role and brings the charisma and cerebral snark we’ve come to expect. What makes the show unique among the three Marvel Disney+ shows so far is that none of the surrounding characters appear poised to solve problems with righteous, good-guy violence or sudden technological gizmos.

Loki takes place in a setting that allows its titular character to become the main driver of rising action in a way that would never otherwise be possible, since he’s not much of a fighter and lacks the plot armor of his hero counterparts (reference note: first scene of Avengers: Endgame). Despite this, Loki is a fascinating journey into new aspects of Marvel lore and sets the stage for the next phase of the shared Marvel Cinematic Universe.

As always, the cast is killer, adding Wilson, Wunmi Mosaku, and Gugu Mbatha-Raw as MCU first-timers in critical roles.

Loki is a show worth your time and is impossible to discuss without spoilers, so be warned.

Do Kids Still Want to Be in Rock Bands? Absolutely, Say Coast Directors
The Blue Bird: When Jane Fonda, Elizabeth Taylor and Cicely Tyson Made a U.S.-Soviet Cinematic Flop