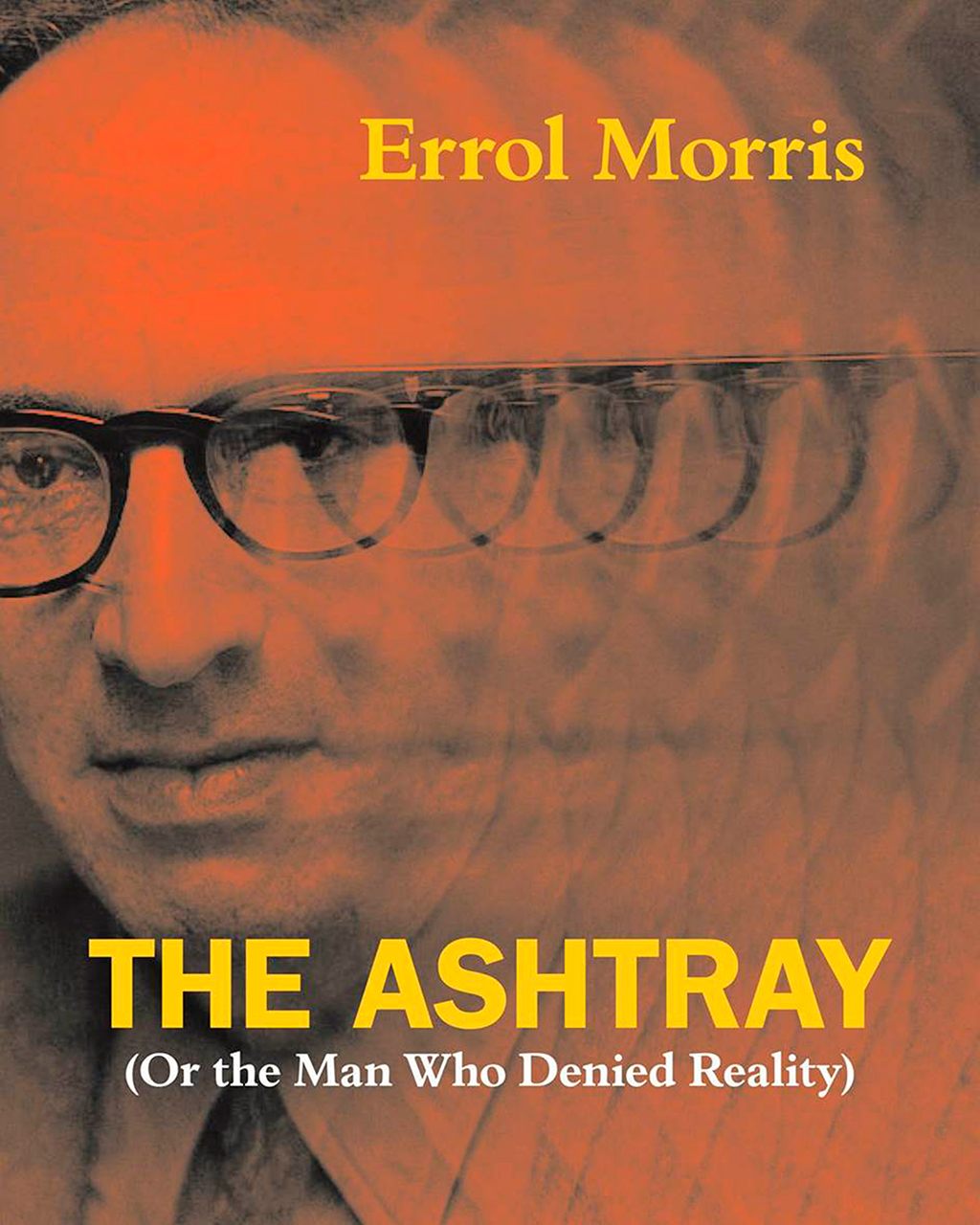 New from Errol Morris, The Ashtray (Or the Man Who Denied Reality) is the legendary writer-director’s first book since 2012’s A Wilderness of Error: The Trials of Jeffrey MacDonald, and latest project since last year’s Netflix documentary series Wormwood.

Fans of Morris—best known for his 1988 The Thin Blue Line, which earned him a MacArthur Genius Grant, helped to reinvent the documentary film, and led to its subject’s life sentence being overturned—will not be surprised by the spirit of The Ashtray. It is, as is often with Morris’ work, an expedition through a philosophical landscape littered with cultural artifacts, roving toward a incontrovertible, humanistic truth. But I dare readers, both the newly initiated and longtime devotees of Morris, not to be at least a little astonished by the book’s ambitions.

The premise is simple: Over a dispute concerning Scottish physicist James Clerk Maxwell’s theory of displacement current, renowned philosopher-physicist and one-time academic advisor to Morris, Thomas Kuhn, hurled a cut-glass ashtray at the future Academy Award winner’s head. The incident nagged at Morris over the ensuing years, for reasons beyond its melodramatic violence. The Ashtray uses the incident as a catalyst to overhaul the total ideological framework of contemporary philosophy, particularly in the ways it has been shaped by Kuhn and his infamous concept, the paradigm shift.

While the book employs several Morris hallmarks—genre experimentation, cascades of divergent yet perfectly complemented sources, and a confrontational tone—it is certainly a departure from familiar territory. It is a book almost completely unconcerned with film. But readers up to the challenge of taking on centuries of philosophical discourse will come away with a better framework for engaging with the exact kind of films auteurs like Morris make.

The Ashtray is a staggering work of scholarship. It highlights the best of Morris: his seemingly limitless store of knowledge, his reverence for his sources, and his commitment to truth. The book is in fact a clarion call for truth in the age of fake news. “I feel very strongly,” Morris writes in his closing chapter, “that, even though the world is unutterably insane, there is this idea— perhaps a hope—that we can reach outside of the insanity and find truth.” MM

The Ashtray (Or the Man Who Denied Reality) was published May 22, 2018 by the University of Chicago Press. By Errol Morris, 192 pages.

Embracing Your Inner Masochist: WIP Your Project Into Shape With Work-in-Progress Screenings
Indie Law: Put the Green in Greenlight With This Guide to the Most Effective Film Financing Tactics