How Is Emperor Palpatine Alive in Star Wars: The Rise of Skywalker? 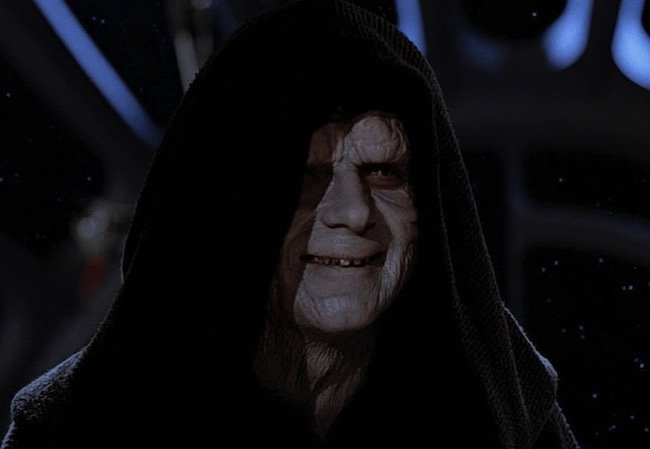 How is Emperor Palpatine alive? It’s no spoiler to say that the Star Wars: The Rise of Skywalker final trailer, released weeks ago, strongly hinted that the hated emperor is still alive, despite his apparent death in Return of the Jedi, 36 years ago. And the film confirms as much. But if you don’t want more detail than that, we’d recommend you not read on.

Still here? Okay. Though Star Wars: The Rise of Skywalker does next to nothing to explain why or how Emperor Palpatine is still alive, we think a close study of the Skywalker saga makes it pretty clear. There’s a catch though for fans who like to pretend the prequels don’t exist, because the third of the prequels, Star Wars: Revenge of the Sith, is where you’ll find the explanation for how ol’ ghastly pale Palpatine is still alive.

First, a refresher: Emperor Palpatine is a terrible person known for his beautiful yellow eyes, cool robe, and ability to shoot crackly lightning lasers from his hands. In Return of the Jedi, Darth Vader saves his son, Luke Skywalker, from the Emperor’s crackle-lasers by throwing Palpatine down one of the countless, uncovered, deep metal chasms that are all over the Star Wars universe, especially in fully operational Death Stars.

Mist and energy bursts follow the Emperor’s plunge. As we all know, in the language of film, in 1983, a long fall followed by mist and energy bursts indicated death. And so, for the last 36 years, Star Wars fans have slept soundly, secure in our certainty of Palpatine’s death.

And yet: That Rise of Skywalker trailer features beloved actor-with-a-hard-name-to-spell Ian McDiarmid, who has played Emperor Palpatine since Return of the Jedi, saying in his creaky Emperor voice: “Long have I waited. And now, you’re coming together is your undoing.” And the film shows him issuing all kinds of other evil utterances while attached to/hanging from some kind of metallic apparatus.

Chilling. But how could the Emperor still be uttering such chilling utterances so chillingly after all this time, given all those 1983 special effects?

McDiarmid himself told USA Today in 2013 that he asked George Lucas if his character was dead, and that Lucas answered, “Yes, he is. Absolutely dead.” So Diarmid assumed the Emperor couldn’t have survived, “unless of course he’d been clever enough to clone himself.”

So there you have it. The clone of Emperor Palpatine could be the one chillingly uttering those dastardly warnings.

But there is another… possible explanation. And like the the mystery of why Baby Yoda already has Jedi powers, it requires a deep level of prequel recognition.

During a scene in Star Wars: Revenge of the Sith that is set at an opera—screenwriters, if you need to write potentially dull expository dialogue, try to set it somewhere exciting, like an opera—Palpatine tries to woo the future Darth Vader, Anakin Skywalker, by telling him about a Sith legend.

“Darth Plagueis was a dark lord of the Sith so powerful and so wise he could use the Force to influence the midichlorians to create life,” Palpatine explains. “He had such a knowledge of the dark side he could even keep the ones he cared about from dying. … The dark side of the force is a pathway to many abilities some consider to be unnatural.”

So there you have it. Emperor Palpatine may have had so much knowledge of the dark side he could even keep the ones he cared about from dying. And of course, being a very bad dude, he cares most about himself.

If you’re wondering, “what are midichlorians?” you’re unfortunately going to need to read this.

Star Wars: The Rise of Skywalker is in theaters now. Warning: It’s midichlorian count is off the charts.

Who Is Frank Sheeran Talking to in The Irishman?
Two Popes: Does the Pope Really Like ABBA?