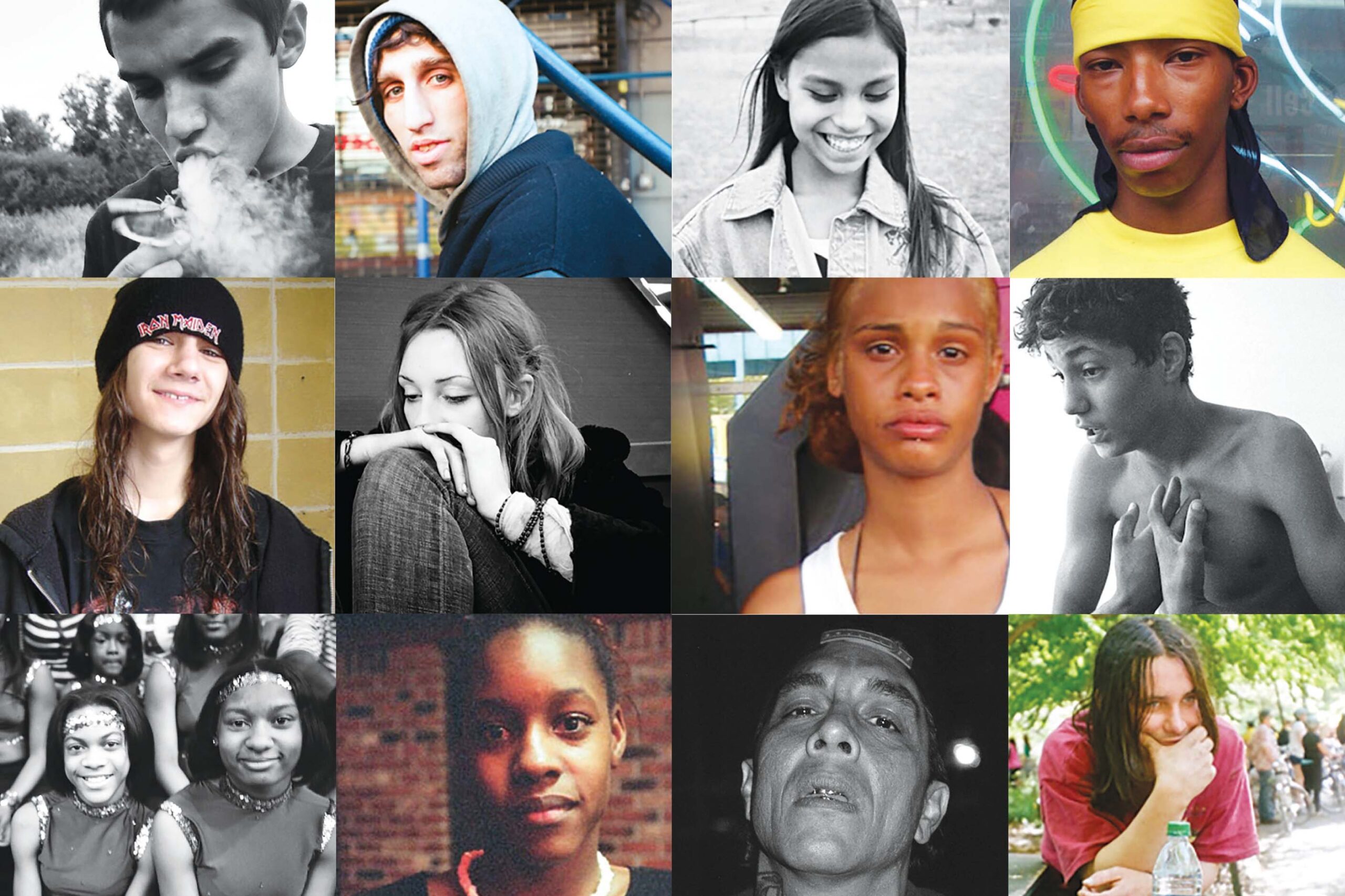 Eléonore Hendricks is an actor, photographer and casting director from New York City. She is known for her non-traditional, or “street casting,” on projects like Tim Sutton’s Memphis and Dark Night, Andrea Arnold’s American Honey and HBO’s Euphoria. She has worked with Uncut Gems directors Josh and Benny Safdie for over a decade as both an actor and in the casting department. In this feature Hendricks discusses her steps on how to properly street cast a film.

I’m an actor and a casting director. I’m also a Gemini, so the pairing makes sense as much as it doesn’t.

Casting has usually been in the forefront of my career, and acting is its less nourished twin. I’ve always been afraid of acting. I get nervous, but I revere it. I can see the good and truth in a performance when it’s in front of me, and so I celebrate actors by casting them.

I’m a non-traditional casting director. My work is considering trained actors for roles, and also finding those who have never acted before. I do the latter through “street casting” or “scouting,” and the talent are “non-actors,” “non-professional actors” or “real people.”

When people are on set, on camera, giving life to a character that was written on a page, they are actors, and they are acting. And conversely, actors are “real people.” When I cast a film, I lump them all, actors and non-actors, into the same bag. My objective is to find the right person to fill the role.

There’s a long tradition of casting non-actors and making discoveries, including in the films of Luis Buñuel, Pier Paolo Pasolini, Federico Fellini, Peter Bogdanovich, John Cassavetes, Héctor Babenco, Abbas Kiarostami, Claire Denis, the Dardenne brothers, Larry Clark, the Safdie brothers, Andrea Arnold, Chloé Zhao — the list goes on. I have been fortunate throughout my career to work with some of these directors. 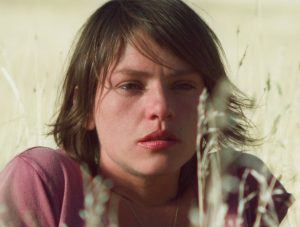 Eléonore Hendricks in Come Down Molly

I’ve spent two weeks casting a film and I’ve spent two years casting a film. And most often I’m working with a small team. Expanding the casting net beyond resources like Breakdown Services or Backstage usually demands more energy, time and money. But it’s also important to remain pragmatic and open. I’m a big fan of looking right under my nose. I consider friends and friends of friends, and look around my block, and during my commute. Street casting can be very cost-efficient. For example, writer-director Ted Fendt has composed his screenplays with some of his closest friends in mind, and has made exquisitely beautiful narrative films like Classical Period and Short Stay.

On the other hand, films such as Uncut Gems, Songs My Brothers Taught Me and American Honey all had their screenplays written before the cast was set, and had extensive character breakdowns specific to an environment. The street casting processes of these films required teams, time and energy. And these films are site-specific. Uncut Gems takes place in the insular ecosystem of the Diamond District of 47th Street in Manhattan Songs and Untitled Pine Ridge Film, which I’m working on now, are specific to the Pine Ridge reservation and the Oglala Lakota people. American Honey is a love letter to the midsection of America, not the edges. To cast an outsider or an actor who pretends to be a part of one of these cultures would be dishonest, and audiences would sense that inauthenticity.

While I’ve tapped into the dark dank well of Craigslist, and even signed up for Tinder mainly to look at the faces of who’s out there (it’s particularly interesting while traveling and driving across the country), my thing is street casting. It’s what I’ve done for the past 20 years. The potential is infinite.

It’s worth mentioning that most people I street cast end up going through a conventional audition eventually. But the energy of being out in public, scouting and discovering these non-professional locals, is crucial to my process. 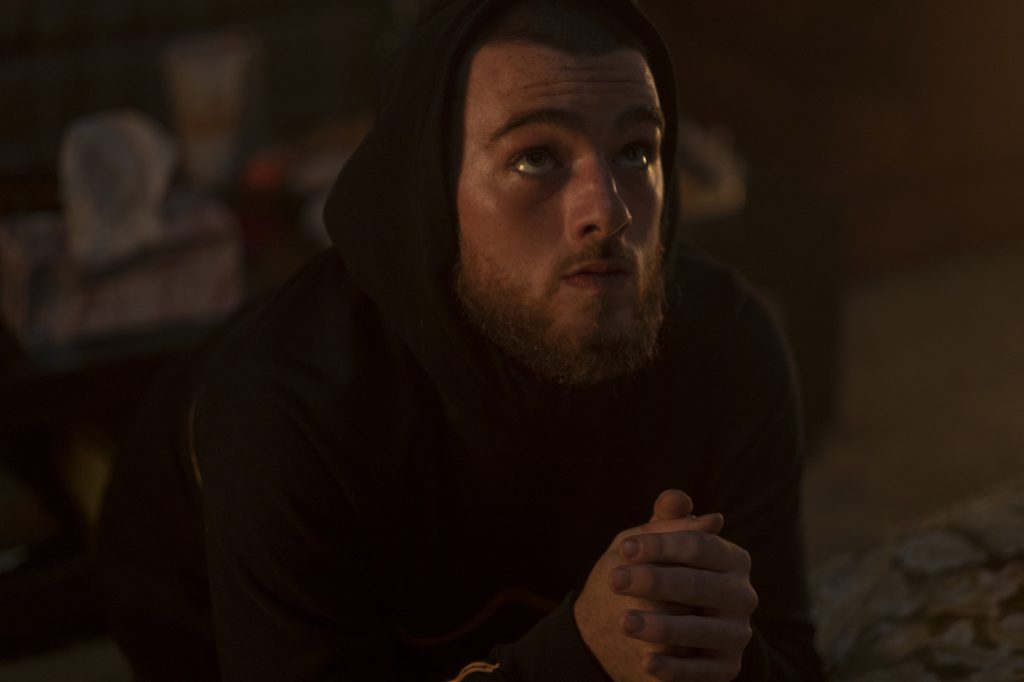 This is where I and one or two other scouts will set out “into the field” to scour an area. We keep our eyes on the street and visit businesses, supermarkets, Walmarts, county fairs, pow wows and high school talent shows. We often walk around a neighborhood and just observe, sometimes alone, but sometimes in tandem, for the sake of safety and validity. When I’m in a new community, I’ll often start out with a “fixer” — a local who can make introductions and guide me through local ins and outs. We hold open calls. Facebook and Instagram help.

I also like to design a catchy and fun flyer with basic essential information: a tagline or short summary about the movie, a specific yet brief description of the characters, the submission deadline, audition and filming dates, the general location, the day rate if possible, and the best contact info.

I might set up an email account specific to the project. I include a great image — something that, for me, is representative of the spirit of the film or characters.

If I spot someone I’m interested in, I’ll stop them and introduce myself and explain that I’m casting a film. I’ll speak a little about the project and the character in question.

This can come as a surprise to people, and they often are skeptical that the project is legitimate. I offer business cards or a letter describing the project, with producers’ contact information and a casting company contact on company letterhead, so the person can vet the legitimacy of the project. Also, you always need a parent or guardians’ permission before scouting or auditioning someone under 18.

You should always approach a stranger with grace and generosity, knowing that your proposal is out of the blue. Try your best not to be nervous about approaching someone — it’s an exciting proposal, a movie role. Trust your gut when you see someone who you think could be right for your film. Remember not to straight-up offer the role to the person. Be clear that there’s a process, and that other people might be involved in the decision-making process.

Once you have people’s trust, it’s useful to ask if you can take a few photos, collect their contact information, and perhaps even interview them. A brief interview ignites an understanding of how a person speaks and moves.

Or they could relate to the character: Have you ever fallen asleep reading a book? Do you remember what you dreamed of? Tell me about that dream. Have you ever followed a white rabbit? Eaten something that made you very small?

People reveal the magic about themselves when they talk.

For films like American Honey, I conducted auditions on the spot, out in public, and filmed improv exercises. Spontaneous auditions can be fun and electric. They are best between people who know each other. Maybe you’ve spotted one person you think could really fit a role: Ask their friend to help by participating, too. If no one else is available, hold the camera and act with the person yourself. 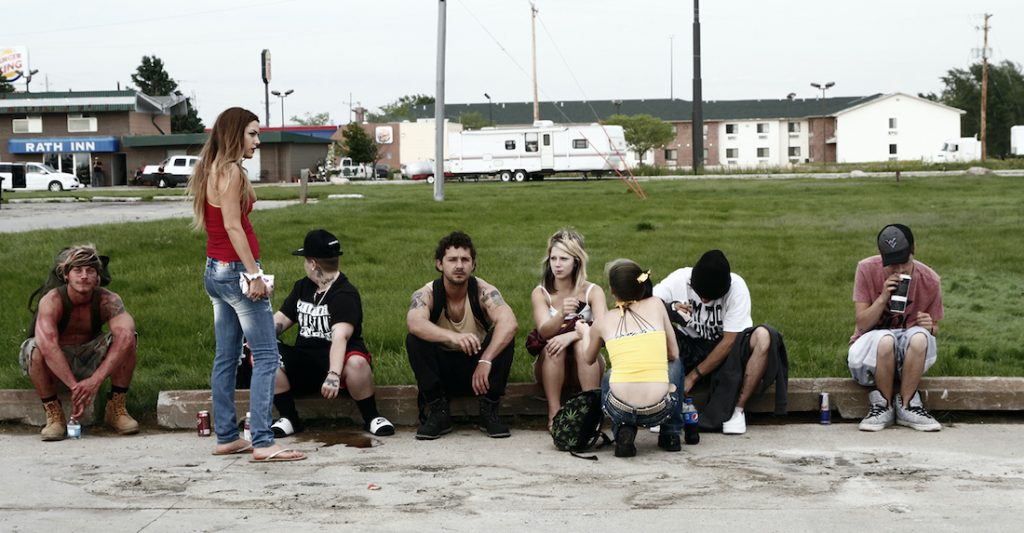 1. One person accuses another person of taking money left on a table. You can choose to tell the accused that they in fact did take the money, so they lie or make up excuses. Or maybe they didn’t take the money, and the accuser is paranoid, or needlessly accusatory.

2. Two friends are at a wild party. Friend 1 wants to leave because something happened. Friend 2 wants to stay, because there’s someone at the party they have a crush on.

3. A Mad Hatter is talking wildly and drinking tea at a tea party, asking nonsense questions. You really want to leave but he and his guests insist you stay.

The point of these scenarios is to set up a situation where there is a tension — the possibilities for scenarios are endless. Set up situations that best suit the story or characters of your film.

The benefit of improv is that there’s not a lot of buildup or anticipation or preparation. You can see a raw and unmanicured performance, and witness someone’s imagination, wit, and ability to take direction. You can see an ability to fall into an imagined scene, as opposed to a default or “put on” mode. These are things you look for in any audition, with professionals and first-time actors alike. 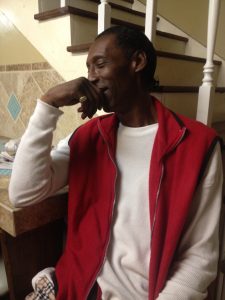 Many of the films I work on are specific to an area, a community, or a subculture. Everyone in Tim Sutton’s Memphis is from Memphis, except for the lead, Willis Earl Beale, who hails from Detroit. But the movie was written with him in mind.

To cast the film, I went to Memphis, linked with a local fixer and set loose. We opened the doors to local professional actors, but ended up casting people who wore the city on their skin. I met a man named Lopaka sitting at the legendary restaurant the Gay Hawk. He was with his uncle and some other friends at a table near my film crew. I wasn’t “on” at that moment, but I saw him and locked in. I immediately felt he could be good for this role of the “Rabbi.” While it can be disrespectful to interrupt someone’s lunch, I did, and he was cool with it.

Recently I’ve been working on an untitled film set on the Oglala Lakota, Pine Ridge Reservation in South Dakota. It’s the third film I’ve worked on out there. The first was Chloé Zhao’s Songs My Brothers Taught Me.

This movie is directed by Riley Keough and Gina Gammell. I met Riley while casting Andrea Arnold’s American Honey. She filmed a small scene in a hotel in Rapid City, the city nearest to the reservation, with two young men whom I had cast from the reservation. They all developed deep friendships. Riley became very interested in the history and the culture of the Lakota. She and Gina, the film’s co-director and writer, gathered stories from their friends and relatives, and these stories became a fictionalized screenplay. 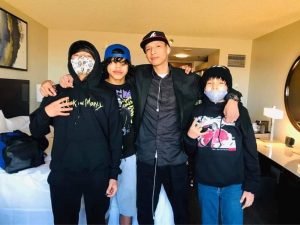 These Pine Ridge kids were scouted hanging out at a local Big Bats gas station.

There’s very little representation of Native youth in the media, and it must be weird to not see oneself reflected on screen in films, or in music. We hope the new film will be an anthem of sorts for these young people. Every character was cast locally — nothing else would make sense. The dialect is specific, the history is specific, the experience of that reservation and of the Lakota people could only be portrayed by people who have lived those experiences.

My first trip with Riley and Gina out to Pine Ridge lasted about a week. I had to leave early for another film in New York City, Good Time, I think, and Gina and Riley drove past Big Bats, the local gas station. They rolled up on five boys of about 12 or 13, sipping pop out of great big cups. In the script, a group of ragamuffin kids loiter around Big Bats — and these were those kids. I wouldn’t advise a casting director to rely fully on fate, but when it happens, please: Roll with it.