Edward Norton: Trump Wants a ‘Nixon-Style Deal’ to Exit Without Being Prosecuted 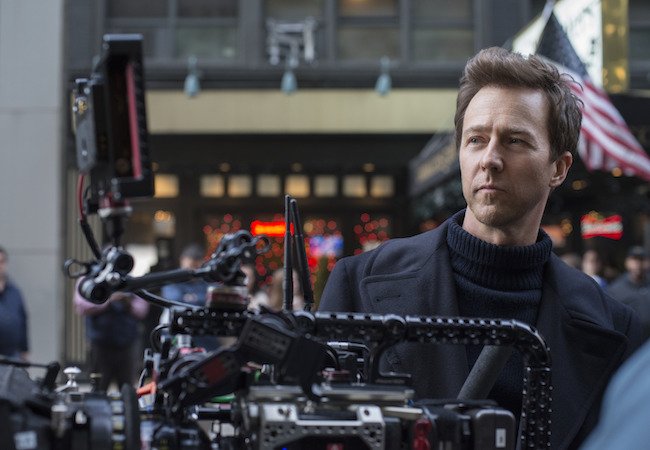 Edward Norton argues in a series of viral tweets that President Trump is refusing to concede in hopes that he can broker a “Nixon-style deal” for legal immunity.

Norton amusingly argues — using poker metaphors and knowledge gleaned from his father, a federal prosecutor under the Carter Administration — that Americans shouldn’t fall for it.

For those who think movie stars should stay out of politics, let us note that trump’s lead election lawyer, Rudy Giuliani, invoked a movie, My Cousin Vinny, to baselessly argue Thursday that Democrats stole the election.

“I’m no political pundit but I grew up with a dad who was a federal prosecutor and he taught me a lot and I’ve also sat a fair amount of poker with serious players and l’ll say this: I do not think Trump is trying to ‘make his base happy’ or ‘laying the groundwork for his own network’ or that ‘chaos is what he loves,’” Norton begins.

“The core of it is that he knows he’s in deep, multi-dimensional legal jeopardy and this defines his every action. We’re seeing 1) a tactical delay of the transition to buy time for coverup & evidence suppression 2) above all, a desperate endgame which is to create enough chaos and anxiety about peaceful transfer of power, and fear of irreparable damage to the system, that he can cut a Nixon-style deal in exchange for finally conceding. But he doesn’t have the cards.”

Also Read: Edward Norton Walks Us Through Every Part of Making Motherless Brooklyn

That legal jeopardy could include two New York State fraud investigations reported by The New York Times on Thursday into Trump and his businesses. The paper said the investigations, one criminal and one civil, include tax write-offs in consulting fees, some of which appear to have gone to Ivanka Trump, according to the Times‘ sources.

Nixon resigned in August 1974 to avoid being removed from office over the Watergate scandal, in which his administration tried to cover up a break-in at the Democratic National Committee’s headquarters at the Watergate office complex. Gerald Ford, who succeeded Nixon, pardoned him a month later, which helped Jimmy Carter beat Ford in the 1976 election.

Norton, a star of the 1998 poker move Rounders, goes all in on poker metaphors, arguing that Trumps’ “bluff after ‘the flop’ has been called in court” and that his “‘turn card’ bluff will be an escalation and his ‘River card’ bluff could be really ugly.”

At this point, the Fight Club star goes Fight Club.

“We cannot let this mobster bully the USA into a deal to save his ass by threatening our democracy. THAT is his play. But he’s got junk in his hand. So call him,” Norton says.

“I will allow that he’s also a whiny, sulky, petulant, Grinchy, vindictive little 10-ply-super-soft bitch who no doubt is just throwing a wicked pout fest and trying to give a tiny-hand middle finger to the whole country for pure spite, without a single thought for the dead and dying,” but adds that his “contemptible, treasonous, seditious assault on the stability of our political compact” isn’t about running for office in 2024 for anything else except for “trying to use chaos and threat to the foundation of the system as leverage to trade for a safe exit.”

Norton urges Americans not to flinch, because if we “give him some brokered settlement, we’ll be vulnerable to his return.”

Main Image: Edward Norton on the set of his film Motherless Brooklyn. Photo by Glen Wilson.

In Run, a Tight Space Makes for Taut Mother-Daughter Drama
How Run Cast Kiera Allen, an Actress Who Uses a Wheelchair in Real Life