Edward Norton: No One Works Better With Composers Than Wes Anderson 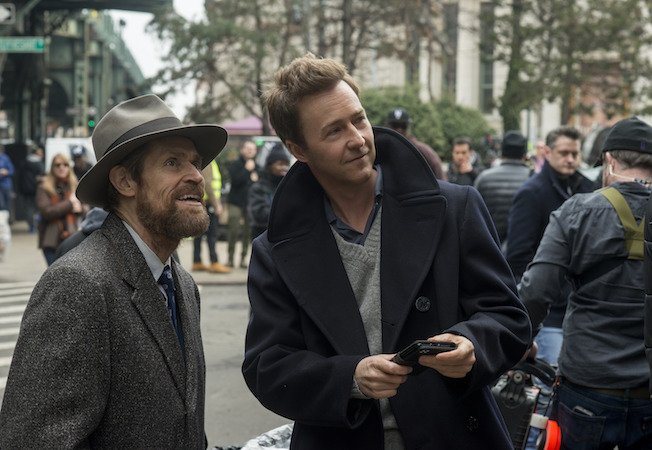 Edward Norton says most film scores are introduced to the moviemaking process much too late. The only director who has cracked the code to working with composers, he says, is Wes Anderson.

“Wes Anderson is one of the few people I know who has managed to get his composers to work with him along the way,” Norton said in an essay for MovieMaker about every stage of making his new film, Motherless Brooklyn.

Norton, who produced, wrote, directed and starred in Motherless Brooklyn, lamented that most composers need to see a film in advance before they start to write music for it. He called it “one of those terrible dysfunctions of the process. It creates real problems. But it is what it is.”

Norton, who has worked with Anderson on Moonrise Kingdom, The Grand Budapest Hotel, and Isle of Dogs, noted that he and his co-stars on those films didn’t always have to work with temp music on set.

“As a director, if you’re trying to assess whether a scene is working during the shoot, it’s hard to make a judgement call before a fine-tuned score or good sound design is on it, even if you suspect it’ll work absolutely beautifully when those things are added,” Norton explained.

For more on how Edward Norton took Motherless Brooklyn through screenwriting, development, production, post-production, and distribution, read his full account as it appears in MovieMaker’s 2020 Complete Guide to Making Movies.

Kasi Lemmons: Harriet Is ‘a Savior Movie and Not a Slavery Movie’
Ari Aster on Building the Hereditary Haunted Houses From Scratch