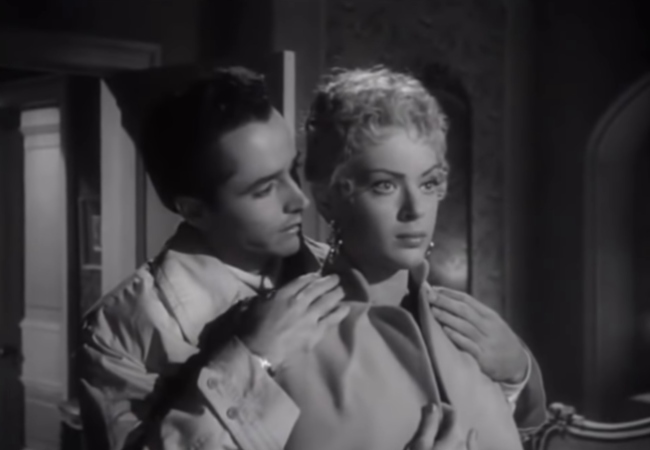 Edgar Wright’s Last Night in Soho may seem to have a few obvious influences, including 1960s horror films and stories of swinging London around the dawn of rock ‘n’ roll. But Wright tells MovieMaker he was also fascinated and a bit confounded by a largely forgotten genre: scolding 1950s and ’60s dramas in which a young woman is punished for daring to want it all.

“And there’s a big sort of subgenre of films, especially British films, about young girls going to London. And having the temerity to want to do well in show business and being roundly punished — usually by a male writer. So it felt like it was like a stinging rebuke against women’s liberation, this idea of, How dare you want to come to the city and make it big? And there’s many, many films like that, which I thought was so interesting and quite dark in itself, in terms of, Who are these films for?”

He adds: “It almost felt like the old guard trying to slap down the younger generation. And so in that sense, there’s an element with Soho where you get to watch two of those movies — one in the modern-day and one in the past. So the idea of having twin narratives in two decades was really fascinating to me.”

In Last Night in Soho, Taylor-Joy plays a glamorous wannabe singer. Smith plays a handsome, mysterious man who takes an interest in her and her career. Taylor-Joy and Smith’s arc is a bit similar to that of the central relationship in the 1957 British film The Flesh Is Weak, one of Wright’s reference points.

“It was interesting for Matt and Anya, who are in the ’60s scenes, to look at those films just in terms of performance, because they thought it was something where you could contrast the performance styles between the modern-day scenes and the ‘60s scenes,” Wright said. “It’s sort of a different way of acting in those films… and I wanted to kind of subtly show that, which I think they did brilliantly. It’s almost like Matt and Anya were approaching it from the idea of movie actors at the time. Whereas Thomasin, in the modern-day, is adopting a more naturalistic approach. That’s not to say that what Matt and Anya are doing is not believable. But because it’s in the sort of ’60s portion of the film, it’s more in the style of those dramas of the time.”

But The Flesh Is Weak isn’t the only film that influenced Last Night in Soho. Wright gave his cast a long list of movies to help inspire them and set the tone — and McKenzie tore through them.

“It was educationally really great because it exposed me to things that I hadn’t ever watched before… I watched Rosemary’s Baby and Don’t Look Now and really obscure ones like Beat Girl,” McKenzie said.

“I wasn’t expecting her to watch all 50 but I think she did,” Wright laughed.

To get a taste of Wright’s inspiration, you can watch The Flesh Is Weak and Beat Girl in full on YouTube below:

Last Night in Soho opens in theaters in the U.S. on Oct. 29. More of our interview with Wright and McKenzie can be found in our fall print issue, on newsstands Oct. 15.

Main Image: John Derek and Milly Vitale in The Flesh Is Weak (1957).

Why Succession Director Mark Mylod Felt ‘Utter Paranoia’ Going Into Season 3
Brian Cox Knows Succession Fans Want Two More Seasons, ‘But They May Only Get One’