Duplass vs. Goliath: The Duplass Brothers Answer the Question – Should You Make a Big Movie or Little Movie? 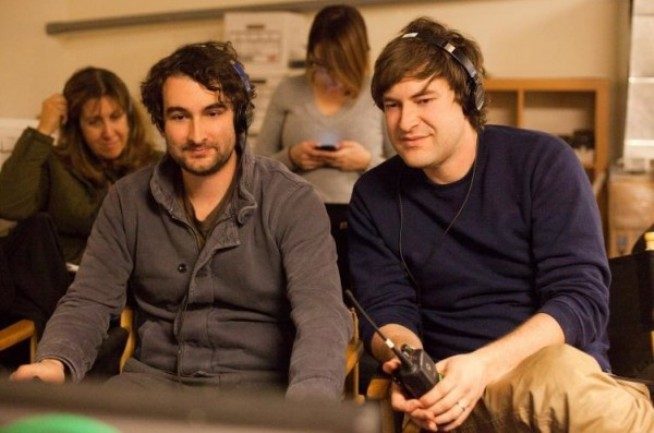 That’s the general feeling we had when we were greenlit for our first studio movie, Cyrus. Understand that we came up making short films for about $3. Then we made our first micro-budget feature, The Puffy Chair, for about $15,000. Next came Baghead for a whopping $50,000. So for Cyrus, maybe we would increase the budget to about $100,000? Uh, not so much. In comes Fox Searchlight: Big budget. Big crew. Big movie stars.

That was last year. We have since finished the film and live to tell the tale. The most common question we get is, “Which process do you prefer—little movie or big movie?”

That question is obviously complex and impossible to answer in a few sentences at a film festival happy hour over chicken skewers and mango chutney. The truth is, there’s good and bad stuff on both sides of the equation.

1) SPEED. This is huge. Studio movies often take up to five years to be greenlit, especially if you are a young, relatively inexperienced moviemaker. When we made The Puffy Chair, it took nine months from the moment we came up with the story until we premiered the film at Sundance.

2) INTIMACY. On a set where there are only ten people in the entire cast and crew, you don’t have to do anything to establish that sense of intimacy that we feel is required to get great, naturalistic performances from your actors; they feel right at home. They practically outnumber the crew and tend to “act” less and just be. That said, it is absolutely possible to get this same sense of naturalism on a big set (we definitely got it on Cyrus), but you have to work harder to get it and you have to prepare the 80-some-odd crew members in advance to treat every scene as if it were a delicate nude scene.

3) EFFICIENCY. Things happen at lightning speed on the set of a micro-budget movie. For instance, if you are standing outside waiting to set up a shot on your Sony EX3 or your Canon 7D camera, and you happen to see a helicopter flying overhead, if you’re anything like us you’re thinking, “Free production value! Shoot that fucker!”

On a little movie, you can usually pick up the camera, point it, set your own focus/exposure and get the shot within three seconds of seeing it. On a big movie, that often requires a separate focus puller and monitoring system, so you will almost always miss that helicopter shot.

4) FULL CREATIVE CONTROL. There is something undeniably exciting about knowing that at any moment, you can take this movie off the rails and do with it whatever your heart desires. There’s no one to explain yourself or answer to. That said, sometimes those rash decisions are made in the heat of production—when they shouldn’t be made. A system of checks and balances from a third party can often keep you from doing something stupid. Still, it feels kind of empowering and fun knowing that you are the true captain of the ship at all times.

5) THE UNDERDOG FACTOR. Anyone who is working on a micro-budget movie is certainly not doing it for the money. So the sense of camaraderie among cast and crew that naturally occurs is pretty special. Everyone is there for the right reasons. You’re usually all sleeping in the same house, cooking for each other, doing three or four different jobs, etc. It’s really fun, a lot like summer camp.

1) PREPARATION. Okay, so you’ve waited a few years to get greenlit. Your patience is kinda thin. But something amazing happened in those few years: You now know your movie inside and out, forwards and backwards, upside and down. You’ve talked it over with countless producers and studio execs, you’ve examined its many pitfalls and weaknesses. While that process wasn’t always fun, you are in many ways much better prepared to shoot this movie than that micro-budget thingy you raced into. If a scene isn’t working on the day, chances are you know exactly how to fix it.

2) MOVIE STARS. Big egos, assholes and hissy fits, right? That’s what we expected. Again, not so much. If you take the time to interview who you hire, you will find that these people’s lives revolve around understanding and portraying the human condition. There is a reason most big-name actors are where they are: They are amazing at their jobs and they are sensitive, understanding, beautiful people. Moreover, if you work with name actors like we did on Cyrus, you have the chance to bring a new side of them to audiences. For example, we found John Reilly to be frighteningly intelligent, Jonah Hill to be sensitive and a little dark and Marisa Tomei to have a natural motherly quality. We got to explore and show these different sides of them in the film, and thwart audiences’ expectations of what they normally get from them on screen.

3) THE “CONTINGENCY.” Most bigger budget movies have something called the “contingency,” which is ten percent of the budget set aside for extra things you find you need during production. Missed the free helicopter shot? Good news. Go tell your producer you’d like one, and chances are you will have “helicopter shot” set in your schedule for next week. You’ll now also have the chance to run multiple takes, and get that shot better than you ever would have gotten it in that off-the-cuff freebie you previously stole. It’s very comforting to know that if your vision requires something reasonable, you will most definitely be able to get it.

4) THE SMARTY PANTS BONUS. One of the biggest studio myths is that all executives are dimwits who know nothing about movies and only care about marketing. We suppose that could be true in some cases, but at Fox Searchlight, they are actually in the business of making really smart, relationship-driven films. While you are naturally going to disagree with some of the “notes” you get, nine times out of ten there is going to be a great idea in there that makes your movie not only more accessible to a larger audience, but in most cases will better the film creatively. It’s the basic principle of two heads are better than one (assuming that the other head has tons of experience creating the same kind of movie you are trying to make).

5) SUPPORT. So you are no longer the underdog and the feeling of pride you previously took in doing multiple jobs on set is gone. Guess what? Now there is a dedicated person to do every single job on the film. They are experienced and knowledgeable and totally competent. Now you have the time and energy to do exactly what you’ve been hired to do: Direct the film!

When you are not cooking for the crew, fixing the A/C in the van and setting up or tearing down lights, you’ll find that you have all the time you need with your actors to actually get the performances where they need to be. You can sit in your bed at night thinking about story dynamics and nuances, instead of worrying about tomorrow’s props. Big, big plus.

Needless to say, we really do enjoy making both kinds of films. In terms of where we’re headed next, we just wrapped our second studio-backed film, Jeff, Who Lives at Home, and it was another incredibly positive experience. Our feeling is that we will keep making movies in the studio system as long as we can make the kinds of movies we want (and as long as they want us there). That said, certain movies are just meant to be small, and we have a few ideas in our back pocket that we hope to make in that run-and-gun style when the time is right. MM

Mark and Jay Duplass’ Cyrus is in theaters now.

Interview: Ti West Builds The House of the Devil
Directing on a Dime: The Story Behind The Blair Witch Project