Does Project Power Do Too Much Universe-Building? (Podcast) 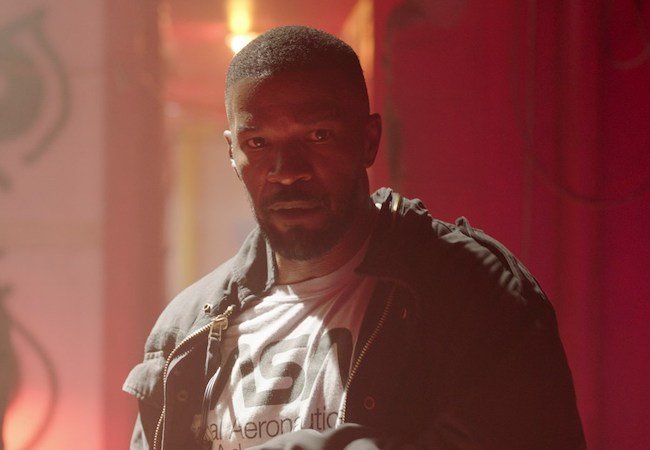 Project Power, like many recent Netflix action hits, doesn’t just feel like a movie: It feels like the setup for a slew of sequels and spinoffs. In the latest Low Key Podcast, we talk about whether the film builds its universe at the expense of the self-contained story in the film, and how to strike a balance between telling a straight story and hinting at hundreds more. You can listen to on Apple or Spotify or right here:

Project Power poses the question, “What would happen if a pill granted superpowers?” Well, not a lot of good Samaritan work, in all likelihood. Project Power places the concept in New Orleans and allows it leads (Jamie Foxx, Joseph Gordon-Levitt and Dominique Fishback) to shine in a movie that has catapulted to Netflix’s number one slot. It’s a (mostly) easy-to-follow story with really cool action sequences and charming moments from its stars, so there’s plenty to like.

As with other recent entries into the action genre by Netflix, it seems like the streaming service is feeling around for the next big franchise that can spin off several entries. Like The Old Guard and Extraction, it emulates the successful John Wick method of slowly doling out hints about the vast, story-rich universe beyond the story we’re currently enjoying.

Universe-building, as buzzy as it is now because of the success of the Marvel Universe, Harry Potter and more, is nothing new: It goes back at least to Star Wars. It’s the idea that the movie we’re presently watching is only one story in a vast world that follows the same rules as the one on-screen.

But it does feel  relatively new to action movies.

John Wick is the gold standard of these movies, because the universe-building feels so witty, subtle and effortless. Recent Netflix films have clearly been taking notes.

Project Power leaves bread crumbs for audiences to solve a large global conspiracy much bigger than the New Orleans-level focus, and is intentionally vague at moments when additional clarity might benefit our overall enjoyment of the work.

This doesn’t take away from the heartfelt character moments and terrifically choreographed, over-the-top battles, but the world building can feel tacked on. In general, a world of drug lords pushing military might that can topple governments in the form of a pill is appealing on its own, and the other stuff may not have even been needed. Thankfully, the film’s strengths definitely tip the scales toward an overall enjoyment experience for any fan of summer blockbusters.

This is a very geeky conversation, one that invokes Save the Cat within a few seconds. We also talk about how the quality of CGI can impact an action film, the subjugation of Black people as guinea pigs for medical science in fiction and reality, and a smorgasbord of other topics.

Every week on Low Key, Keith Dennie (in Texas), Tim Molloy (in Massachusetts, at the moment) and me (in Tennessee) watch a different film or TV show and examine it through the lenses of race, gender, politics and religion, looking for subtleties that others may have missed. We don’t have “takes,” we have discussions. And sometimes — brace yourself — we change each others’ minds.

Project Power, directed by by Henry Joost and Ariel Schulman, is written by The Batman co-writer Mattson Tomlin.