Do Kids Still Want to Be in Rock Bands? Absolutely, Say Coast Directors 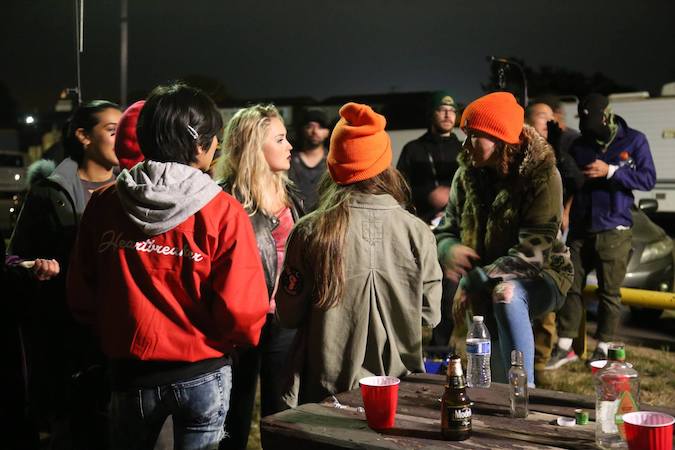 When directors Jessica Hester and Derek Schweickart started interviewing small-town California teens for their new movie Coast, they were pleasantly surprised to find that kids still want to rock — and even like old music, if you consider the post punk of the late ‘7os and college rock of the ’80s to be “old.”

Coast tells the story of Abby (Fatima Ptacek) a teenager who longs to get out of the Central Coast town of Santa Maria. She gets her chance when the singer of a touring band invites her to join him on the road.

The Santa Maria of Coast is a town with a good record store, open mics, and parties stocked with innovative and adventurous young musicians. It’s inspired by the 1980s youth of screenwriter Cindy Kitagawa, who grew up in Santa Maria. But Hester and Schweickart found that the town of her youth isn’t that far off from the Central Coast towns they visited while making Coast.

At a time when kids can make elaborate tracks on their laptops or even phones, and new rock music hasn’t ruled the charts in more than a decade, starting a band is still very much a thing, Hester and Schweickart say on the latest MovieMaker podcast, which you can check out on Apple, Spotify or above. 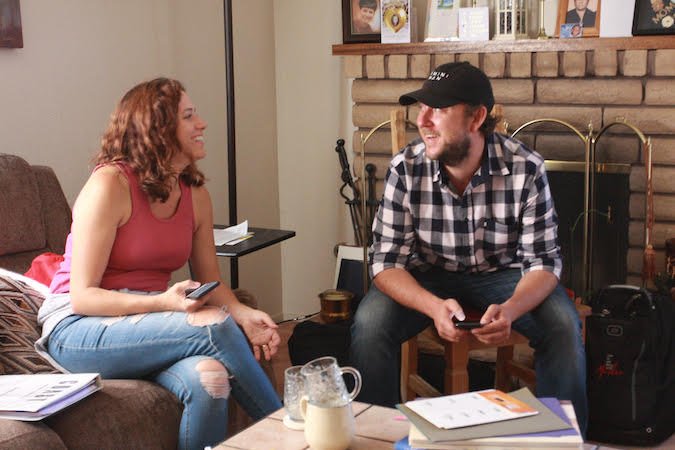 “Oh it’s absolutely a thing,” says Hester. “And it’s a thing in that area. We did a focus group with the teenagers in that area. … it helped us get very clear about the music quickly when we realized that they listen to like — they have a they have a plethora of music, they can go on the computer and find anything — and they love old music. Old music, that’s our music.”

The film was originally intended as a period piece, set in the 1980s, but that proved prohibitively expensive, Schweickart says. When he and Hester opted to set it in the present day, they quickly discovered that the young people in their focus group knew all the music in the original script.

“It worked out for us, because it made Coast sort of not in any real particular time period, even though they have cell phones,” Schweickart says. 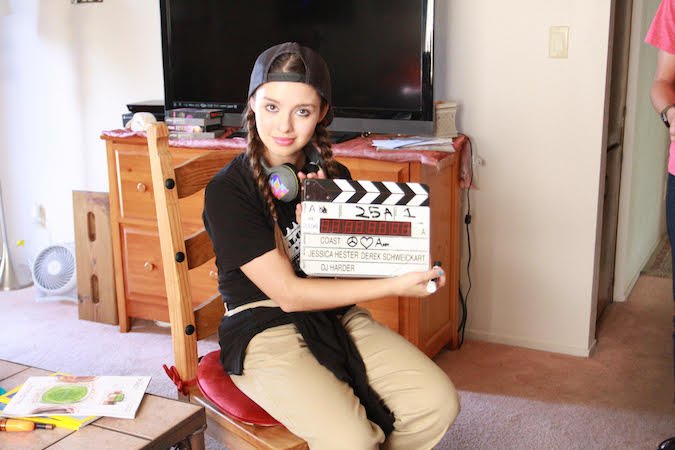 Fatima Ptacek on the set of Coast, directed by Jessica Hester and Derek Schweickart

The Joy Division classic “Love Will Tear Us Apart” makes a prominent appearance in the film, and isn’t the only Joy Division track. Alt-rock innovators Hüsker Dü turn up as well, and Bad Brains and David Bowie get respectful mentions. (Hester and Schweickart, partners in life as well as filmmaking, even named their puppy Bowie.)

Despite the Central Coast teens’ embrace of older music, new music is thriving as well, Hester and Schweickart found. In fact, they discovered one of the bands featured in the film, a duo called Dog Party, opening for the veteran punk band Agent Orange in nearby San Luis Obispo.

“There’s like these two teenage girls who are just like tearing it up,” Schweickart recalls. “And we chatted them up a little bit after the show and told them about the movie. And we weren’t in the position to make it then. But we ran into them randomly like a year later at the Madonna Inn and we recognized them, and so Jessica runs over and she’s like, ‘Hey, hi. We met. Do you want to be in our movie?'” 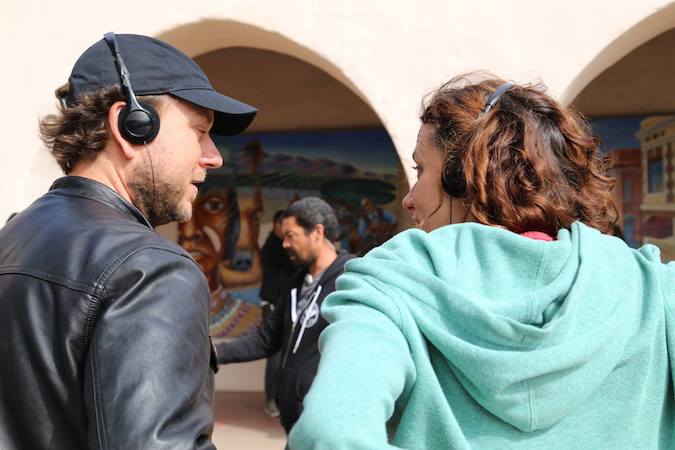 Schweickart and Hester shooting a scene from Coast in Guadalupe, near Santa Maria.

The film also features Central Coast bands Hayley and the Crushers and Pancho and the Wizards. The main band featured in the film, Piñata Jones, is actually Los Angeles group The Ceremonies, which cites post-punk ’80s bands like The Cure, The Smiths and Echo and the Bunnymen as inspirations. The film also includes music by Grouplove (Christian Zucconi and Hannah Hooper), Alex Walker and Black Match.

Bruce Dern was crucial to the creation of Coast, which boasts an ensemble cast that includes Ciara Bravo, Cristela Alonzo and Melissa Leo. And we also talk in the podcast episode about Hester’s work involving Kurt Vonnegut, Schweickart’s work on films by David Fincher, Martin Scorsese and Ang Lee, and their collaboration on the showtime series Couples Therapy. Yes, they have some good advice on how to have a successful creative collaboration with your significant other.

You can learn more about Coast at Coastthefeature.com.

Those Who Wish Me Dead and the Pros and Cons of MacGuffins
Everyone Watching Loki Agrees the Time Keepers Are Bogus, Right?