Kirk Caouette is a 25 year veteran of the film industry, best known for his work as a stunt performer, stunt co-coordinator, fight choreographer and main unit director. He wrote, directed and stars in American Badger, available on demand Tuesday. In this piece, he writes about the secrets of the stunts.

Did you know that stunt performers have the only job in the world with a 100% injury rate?

Yes, you read that correctly. Catastrophic accidents, head injuries, substance abuse, anxiety, depression and even suicide have impacted the lives of every stunt performer I know.

Furthermore, that 100% injury rate does not factor in things like hypothermia, heat stroke, chemically induced auto-immune disease, and otherwise inhumane working conditions. A celebrity sneeze might make headlines, but when my best friend fell off a bridge because his safety line broke, which sent him into a spinning freefall into a concrete parking lot 33 feet below, no one heard about it. He broke nearly every bone on the right side of his body, lacerated his liver, and fractured his skull.

A lot of media attention is given to the concussion issues facing amateur and professional football and hockey players. In a small win for stunt people, some of that awareness has spilled over into the film industry.

But even with all that mainstream awareness, stunt performers are only now starting to see concussion protocols put in place — and whether these protools will be fully implemented is still yet to be determined. In my experience, industry pushback against concussion protocols and long-term treatment and care has been surprisingly strong.

And the stunt culture has not made it any easier for our representatives — since the beginning of time, stunt performers have hidden their concussions for fear of losing work or fear that they might look weak in the eyes of their peers.

Another point of interest: The insurance that covers the cast and crew on a film or television set does not necessarily cover stunt performers. It’s incredibly complicated, and varies in the U.S., Canada and other locales.

Here is another fun fact about the stunt department: many of your favorite scenes in your favorite movies were shot on second unit. In an action intensive show, that could mean 30% of the movie is not directed by the director (who may not even be present for these shoots). These huge, elaborate sequences are actually designed and directed by the stunt department, working in collaboration with the main unit director. The 2nd unit director in a stunt-heavy show is very often the stunt coordinator, or a stunt coordinator who has been promoted. 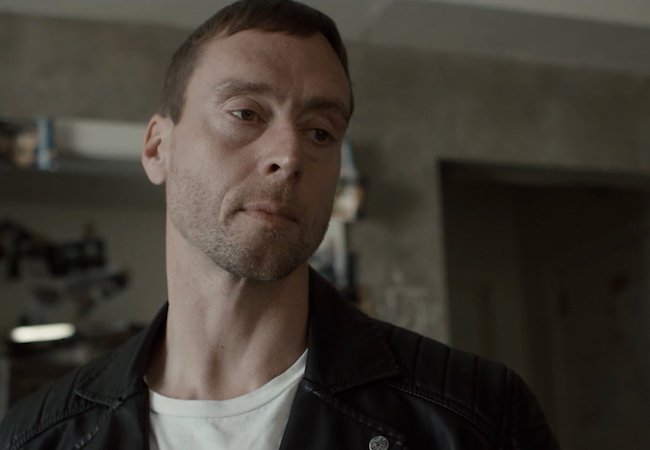 Kirk Caouette in his film American Badger, for which he is the director and a producer, actor and stunt performer.

I also need to bring up the Academy Awards. Of course, we know that there are Oscars for costumes, editing and visual effects — but there are none for the people who put their lives on the line to deliver the scenes that pack audiences into theaters. There have been countless petitions to include just one Oscar category for the stunt department, but to no avail.

So, what can we do to improve the safety and recognition of stunt performers? Candidly, some say we should do nothing; stunt performers are expendable, and this is the job they chose. If a stunt person is killed in an accident on set, the show shuts down for the day, but starts up again quickly. With that kind of mentality, how can we ever fully protect our stunt performers?

After decades spent on TV and film sets as a stunt performer, I was granted the amazing opportunity to write and direct my first action film, American Badger. As the director, and as a producer, actor and stunt performer, I was able to set the tone, and establish how everyone on my set would be looked after and cared for. With a stunt team of over 100 performers and months of rehearsals, I am proud to say we didn’t have so much as a sprained ankle. In fact, I’m the only one who had any injury at all — and it was only a bruise in my calf muscle. When I watch the film in its entirety, especially the stunt sequences, I feel a profound pride, knowing that my experience as a stunt performer contributed to the safety of everyone on my set.

In an ideal world, we would mandate universal industry standards of health and safety and provide guaranteed insurance that protects stunt performers from the inevitable. I recognize that while it sounds easy, it is actually a complicated and costly process. Our trade unions have worked tirelessly to protect us, but it is an ongoing process, and there is still much more work to do.

Something that may be easier to tackle: integrate stunt performers into publicity and marketing campaigns. For example, many martial arts choreographers in Asian cinema have celebrity status. Some are even household names. The western world could do the same thing.

And while the recognition is certainly nice, I also believe that celebrating the stunt department would result in more protections for performers, increase numbers at the box office, and bring more eyeballs to the major awards shows, which are seeing a steady decline in viewership and interest. How cool would it be to see Keanu Reeves and Charlize Theron’s stunt doubles on stage accepting an Oscar? Putting a name and face to these faceless performers would benefit everyone.

Stunt departments’ work is both mysterious and highly visible; valuable but somehow diminished. Certainly, it is time to embrace some change. More than anything else, it is the right thing to do.

Main image, above: A scene from American Badger.

Agnes: How Starring in a Movie About Demonic Possession Brought Molly C. Quinn Catharsis
James Gunn Would Like Actors to Please Stop Lying About Their Height