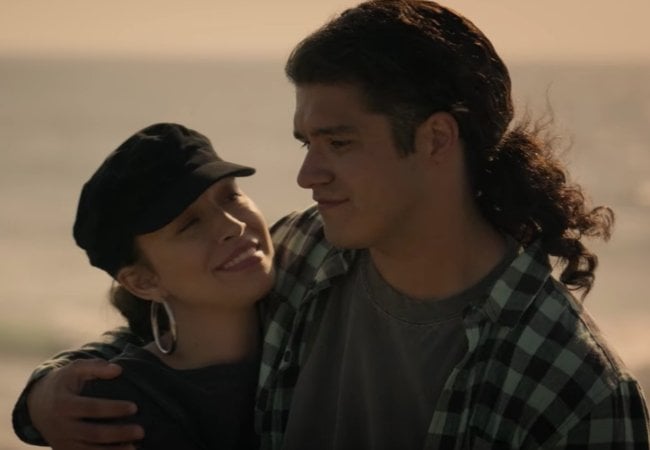 If you’ve seen Selena: The Series on Netflix, you may have some questions about the real-life events that inspired the series about the late Tejano music star — like her marriage to the guitar player in her band Los Dinos, Chris Pérez.

In the first episode of Part 2 of Selena: The Series, Selena Quintanilla (played by Christian Serratos) becomes Selena Quintanilla-Pérez when she and Pérez (Jesse Posey) go to the courthouse and get married in secret. They decide hide their nuptials from Selena’s family because her father and manager, Abraham Quintanilla (Ricardo Chavira), doesn’t approve of her and Pérez’s relationship and feels it will be bad for Selena’s career. As we saw in Part 1 of the show, Abraham actually kicked Pérez out of the band when he first found out they were hiding their courtship from him.

But did it happen in real life just like it did in the series? For the most part, yes. (The relationship was also a key part of the 1997 Gregory Nava film Selena, starring Jennifer Lopez.)

Chris Pérez joined Los Dinos in 1989, and soon after, he and Selena realized they had feelings for each other and began secretly dating in 1990. They ended up confessing their love for one another at a Pizza Hut, according to Good Housekeeping.

The first words that came to Pérez’s mind when he met Selena were “beautiful and talented,” he told Entertainment Tonight. “I’m a shy person by nature, and there was just something about her that she was able to pull me out.” 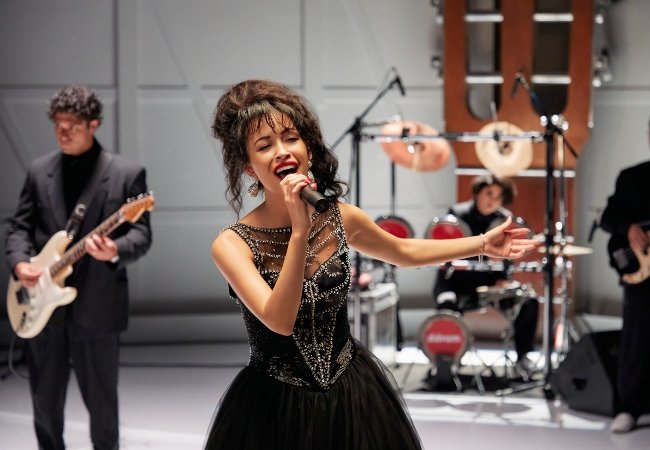 It’s also true that Selena and Pérez secretly eloped on April 2, 1992. On what would have been their 25th anniversary in 2017, Pérez posted a picture of their marriage license from the county court of Nueces, Texas.

“It’s hard to believe that today marks 25 years since Selena and I decided that the only way to be together…was to run away and get married (at 20 and 22 years old) in secret,” Pérez wrote in the Facebook post. “What a rollercoaster ride THAT day was.”

It’s also true that Abraham did not approve of their relationship.

“It kind of hurt his pride and his ego to find out that he was the last to know,” Pérez told CNN of his father-in-law’s feelings about his relationship with Selena. “When things got tense and things were said by him, it hurt me that he was saying it, but I didn’t let it get to me because I knew deep down, he knew the kind of person I was.”

“The worst thing he said to me was that I was like a cancer to his family,” Pérez added. “His family knew about us being together and was supportive. When he said that, it was like, ‘C’mon!’”

The first episode of Part 2 of the series also accurately notes that Abraham softened up after the couple eloped and eventually accepted his new son-in-law into the family — and back into the band.

But the marriage was tragically cut short just three days shy of their three-year wedding anniversary. Selena was murdered by her fan club president and former manager of her Selena, Etc. boutiques, Yolanda Saldivar, on March 31, 1995.

You can read more about Pérez and Quintanilla’s real-life relationship in his book To Selena, With Love.

Selena: The Series is now streaming on Netflix.