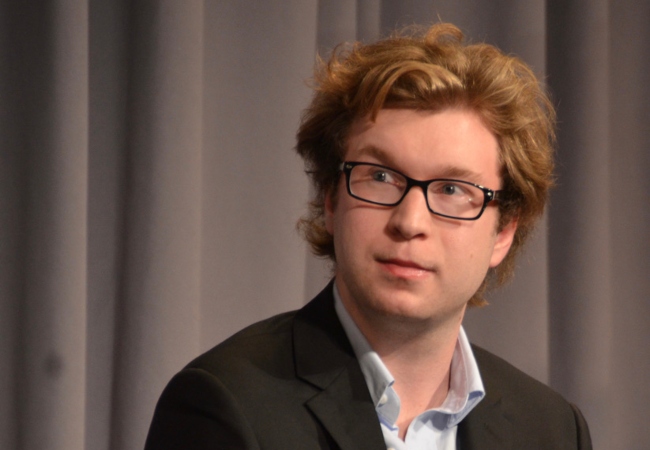 Despite the countless rumors on the internet about the mysterious death of Gerald Cotten — the co-founder of Quadriga, which was at one time Canada’s largest cryptocurrency exchange — Dead Man’s Switch: A Crypto Mystery director Sheona McDonald doesn’t believe that he faked his own death.

The crypto-mystery documentary, which premieres Thursday on Discovery+, delves into the layers upon layers of questions wrapped around Cotten’s life and Quadriga exchange, which froze users out of their investments a few weeks before he died while on a trip to India with his wife, Jennifer Robertson, in 2018. Three years later, over $100 million dollars in cryptocurrency is still unaccounted for, leaving thousands of Quadriga users deprived of their life savings.

But McDonald doesn’t buy into the rumors that Cotten is living under a fake name on a beach somewhere.

“My thought is that he’s probably dead,” McDonald told MovieMaker.

“I wouldn’t speak to whether there was some kind of foul play. Who knows. But for me, and I said this before, I just think, [Roberston] brought a body back from India — like, a human body transported internationally — and as a parent myself, if I had any suspicions or concerns, I mean, I would open the casket. I would get the box opened up and have a look inside. So for her to risk bringing somebody else’s body, and someone might open it and ask questions along the way, just feels fantastical to me. If he’d been cremated, I would have way more questions.”

For her part, Cotten’s widow, Roberston, gave all of the assets she inherited from her husband’s estate back to his creditors, the documentary explains. Though she declined to participate in the documentary, she has always maintained that her husband died of complications from Crohn’s disease, which was ruled his official cause of death, according to The Washington Post.

McDonald also did some of her own research into how one might go about faking their own death if they wanted to.

“I had interviews scheduled when COVID hit — I was going to New York and Montreal and Toronto, and I was going to talk to a couple of women, one who’d written a book called How to Disappear, because I was curious about how possible is that [to fake your own death]. It’s actually really hard,” she said. “If you read the book, it’s like, very few people successfully do it.”

As Dead Man’s Switch: A Crypto Mystery explains, when Cotten died, all of his encrypted passwords to access Quadriga funds seem to have died with him, making it impossible for creditors to retrieve the millions of dollars that seem to have vanished into the crypto ether. Now, the enduring question is, of course, what happened to the money?

“My best guess is that a lot of it was spent as they were going along,” McDonald said. “He had a dozen properties, a plane and a boat and all sorts of things and was traveling lavishly, and I think he probably miss-traded some, and I would imagine that some got sent to accounts that got mixed up in so many places and so many exchanges, or sent to friends, or sent to places that just aren’t particularly traceable. I mean, even though the blockchain makes things quite traceable, it’s not a slam dunk… I think it was mishandled.”

As for what it was it about Cotten that made people trust him enough to invest millions of dollars with him, some would pin it on his confident, well-spoken and generally trustworthy demeanor — but McDonald thinks it has more to do with a societal urge to trust large financial institutions. At the time of Cotten’s death, Quadriga was the premiere cyrpto exchange for all of Canada.

“We want to trust where other people have made a lot of money,” McDonald said. “There weren’t a lot of options in this choice. But what businesses, where you have money, have you looked into who owns them? What their banking structure is, and what the corporate structure is, and who’s in charge, and what their background is? Do you know who runs your bank? Do you know who runs PayPal?”

This reporter had to admit — no, I don’t.

“We have this trust in systems and businesses, and to some extent, government,” she said. “So I think that he maybe… could take advantage of that. But I think that we as consumers have some responsibility.”

What’s perhaps the most shocking element to McDonald about this whole convoluted story isn’t Cotten’s mysterious death or the millions of dollars left unaccounted for — it’s the bizarre way that Quadriga appears to have been run.

“I think the cumulative story is the most shocking, but to think that there was this business with so much money going through it operating with no accounts — no business accounts, no oversight, just a young guy having millions of dollars pouring in — that’s pretty crazy,” she said.