That Time Dennis Hopper ‘Exploded’ on the Set of the Original 1993 Super Mario Bros. Movie 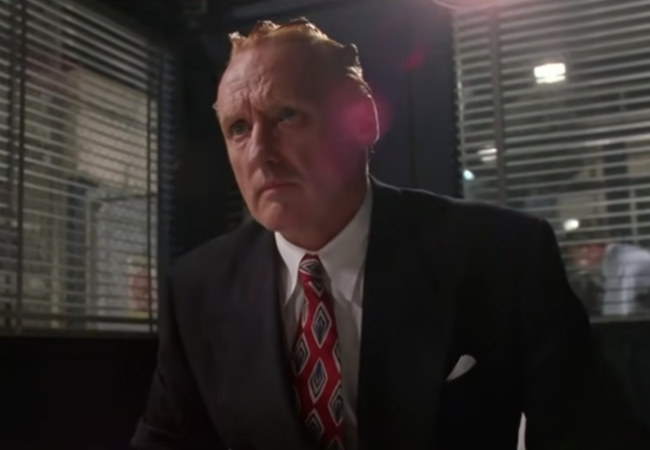 During the making of the original 1993 Super Mario Bros. live-action movie, there were almost too many problems to count. It went millions of dollars over budget, was hastily shot to make a Memorial Day release date, and at the last minute, several parts of the script had to be cut in an effort to save time and money — something that infuriated late actor Dennis Hopper, who played King Koopa.

“We had rewritten some scene of Dennis Hopper’s to cut out a few words. He exploded because he had taken the time and the brain cells to memorize the scene that was there before, and we’d cut like four sentences out of it or something to try to save some time,” Bennett said. “The producers were like, ‘Immediately, come right now [to] the makeup place.’ So we were where the makeup was going on, and Dennis Hopper — the producers and the director basically shoved us at Dennis Hopper for him to yell at us. They threw us under the bus. And he hollered at us for literally, at least 20 minutes.”

The Industry host Dan Delgado spoke with Bennett about the making of the critically panned movie, which he co-wrote with Terry Runte and Ed Solomon, as well as two of the film’s biggest fans: Ryan Hoss and Steven Applebaum, the creators of the Super Mario Bros archive.

This year it released an extended cut of the movie, called the Morton Jankel Cut, after the film’s directors, Annabel Jankel and Rocky Morton. You can watch it for free on the Internet Archive.

Hopper’s unhappiness on the set of the Super Mario Bros. movie is no secret — a 2018 story from The Guardian recounts the same day from different cast and crew members’ perspectives — but Bennett revealed a new and frankly hilarious part of Hopper’s rant: The Blue Velvet actor made him recite the dictionary definition of the word “act.”

“He made somebody go get a dictionary, and he made me look up the word ‘act’ and read the definition out loud. He was very unhappy,” Bennett said. “So the four sentences we tried to cut to save money cost the whole day.”

To give context to what sounds like an extremely trying shoot for all involved: Bob Hoskins, who played Mario, called it “the worst movie he ever made,” Delgado reports in the podcast.

It was also swelteringly hot in the abandoned cement factory where much of the movie was shot.

“They could do a lot of other things, [but] they couldn’t air-condition the space. So it was just awful,” Bennett said.

Though the movie was largely considered a flop when it came out, it’s since gathered a huge fan base thanks to Hoss and Applebaum, whose Super Mario Bros. archive has been instrumental in reviving good sentiment around the film in the decades after its release.