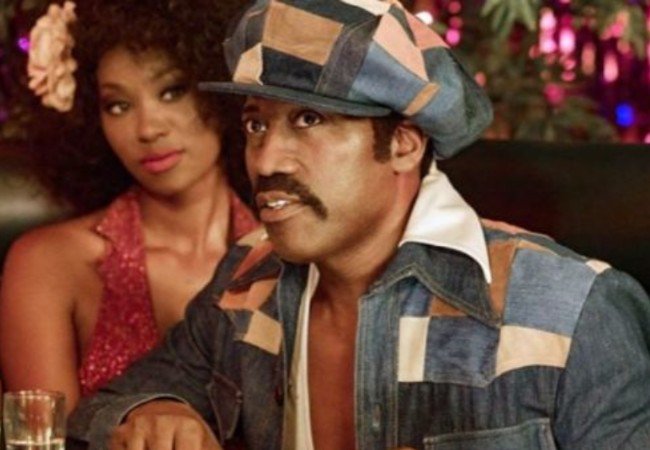 Dave Chappelle, it turns out, was the inspiration for a memorable scene in Dolemite Is My Name in which Wesley Snipes’ character, D’Urville Martin, questions the ability of a young white cinematographer to film mostly black actors.

Dolemite Is My Name is getting a lot of renewed attention these days, thanks in part to a recent watch party peppered with insights from Larry Karaszewski, who co-wrote the Eddie Murphy Netflix comedy with his longtime writing partner, Scott Alexander.

We talked with them last year about Dolemite Is My Name, and they walked us through the origin of the Dave Chappelle-inspired scene—and explained a lot about their writing process—for the MovieMaker interviews podcast. You can listen to them on Apple, Spotify, or Stitcher, or listen right here:

In Dolemite Is My Name, Martin, an actor and first-time director, questions Murphy’s Rudy Ray Moore on the wisdom of employing an inexperienced white director of photography, Nicholas Josef von Sternberg. (Dolemite Is My Name doesn’t explicitly name him, or explain that moviemaking is in his blood, but he’s the son of the famed Josef von Sternberg.)

Martin wonders if Nicholas knows how to film black actors.

As Alexander and Karaszewski explain on the podcast, they were shooting the comedy Screwed with Dave Chappelle and Norm MacDonald twenty years ago when a very similar conversation ensued. They said Chappelle made sure that no one on set forgot the concept of “Black people absorb light. White people reflect light.”

Also read:The Best Movies About Making Movies, From Dolemite Is My Name to Day for Night

We recommend checking out the entire interview, because the screenwriters, often known as just Scott and Larry, also take us through their entire incredible collaboration, detailing how they wrote Ed Wood, The People vs. Larry Flynt, Man on the Moon, Big Eyes, The People v. O.J. Simpson, and, of course, Dolemite Is My Name.

2:35: Shout out to Los Angeles’ Nuart and New Beverly theaters.

3:22: How Larry started gaming Scott from the first day they met.

12:06: Scott and Larry explain the importance of funny voices in their process.

15:58: Being journalists to research Andy Kaufman for Man on the Moon.

34:30: The interesting interplay between Quentin Tarantino’s Once Upon a Time… in Hollywood and Dolemite Is My Name.

Dolemite Is My Name, starring Eddie Murphy, Wesley Snipes, and many more, is now on Netflix.