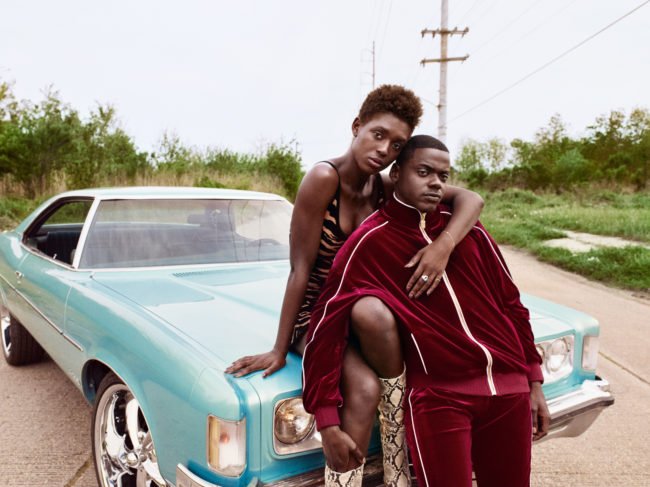 Daniel Kaluuya’s new film Queen & Slim has often been described as a “black Bonnie and Clyde” story, and Bokeem Woodbine’s character even ironically calls Queen and Slim “the black Bonnie and Clyde” in the film’s trailer. But in the latest MovieMaker Interviews podcast, Kaluuya told us why the film is more like Thelma & Louise.

Queen & Slim begins with a couple nicknamed Queen (Jodie Turner-Smith) and Slim (Kaluuya) on their first date. As it winds down, they’re pulled over in a case of racial profiling that quickly escalates into a national call for justice.

One key difference between Queen & Slim and Bonnie and Clyde: Queen and Slim never set out to be criminals. They just try to get by, and they’re perceived as criminals.

“It speaks to, when you are black, you don’t have to do criminal things to be seen as criminal,” Kaluuya said. “You don’t have to continue doing crime in order to be seen as these bandits. … What the characters are actually going through is this projection: They are icons. They are this. They are that. They mean this to me. They mean that to me. When they’re just two people trying to figure out life and fall in love.”

You can listen to the MovieMaker Interviews episode with Daniel Kaluuya on your favorite podcasting platform (see links below) or right here:

In 1991’s Thelma & Louise, the lead characters similarly never set out to commit crimes. When Thelma (Geena Davis) is assaulted, Louise (Susan Sarandon) shoots her assailant, setting off a chase like the one in Queen & Slim. As Thelma & Louise studies sexism, Queen & Slim investigates racism.

Kaluuya, an Oscar nominee for Best Actor for Get Out, also talks about how that role led to Queen & Slim, the Scorsese v. Marvel discussion, and why his next film will tell the story of real-life Black Panther Fred Hampton.

You can find the episode on:

2:14: Audio issue fixed. Enjoy his awesome British accent in all its glory.

10:01: Daniel Kaluuya weighs in on the supposed fight between cinema and the Marvel Universe

16:05: Interview with “A Beautiful Day in the Neighborhood” screenwriters Noah Harpster and Micah Fitzerman-Blue, and Tom Junod, whose Esquire article “Can You Say… Hero?” helped inspire the film. 17:15: Let’s talk about anger.

34:10: Where the Mister Rogers sniper urban myth came from. Queen & Slim is in theaters now.