The Business of Order: A Veteran Editor Breaks Down How To Shape, Switch, and Structure Your Film’s Chronology 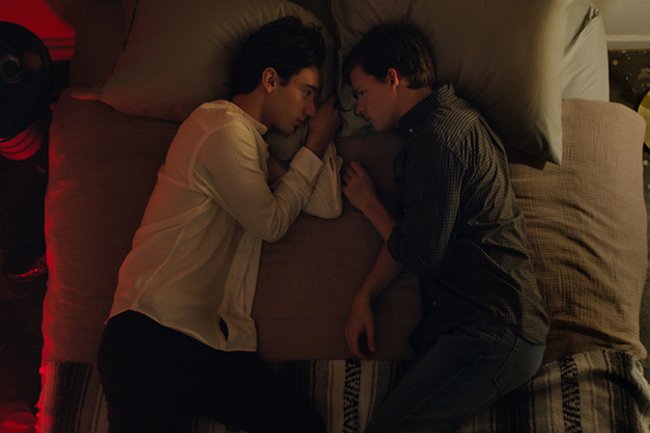 Structure is the first thing to look at and approach as an editor.

Cutting a film chronologically before breaking it up isn’t the rarest thing in the world, but some writer-directors are more locked into the chronology they write. They feel they wrote it that way for a reason, and it takes some real elbow grease to get them to see it another way.

Nonetheless, a very important part of the editor’s job is to push back against the writer-director’s judgment in any number of ways. Pushing back on what chronology is best for the film is something you have to gauge on each job and with each moviemaker. You’re serving as a stand-in for the audience to gauge whether the film is slow or boring or confusing, so you have to be there to convince the writer-director to straighten things out on behalf of the viewer. Over time, it becomes increasingly difficult for the writer-director to see the film with fresh eyes, especially when it comes to structure. And while it’s part of the genetic makeup of a good editor to be able to do that, it’s also one of the most difficult things to pull off, and it’s just as difficult to get your director to go along with you.

In the case of Joel Edgerton, writer-director of the latest film I edited, Boy Erased, he had written the film in a kind of fractured flashback style, cross-cutting between different timeframes, but he was curious at the outset to see it cut chronologically and experiment with that. So, we spent time early on in the process reorganizing our footage. Eventually we decided to open up another debate about the order of the film’s events—which center on the coming of age of Jared Eamons (Lucas Hedges), a teenager forced by his religious family to undergo gay conversion therapy—and while there wasn’t total agreement on how to proceed, the debate was healthy and we hashed out our creative differences. During such discussions, the way forward won’t always be abundantly clear, but in the end the editor and director’s mutual excitement about certain possibilities is what will win the day.

Interestingly, of the two possible timeframes we pursued, our consensus was that the flashback structure still worked better for the film. Once we became freer in moving scenes around, we began using material for longer or shorter periods of time than was indicated in the script when it came to the duration of flashbacks, as well as the periods of time that elapsed in between flashbacks. Most of the flashbacks we assembled in the final cut of Boy Erased didn’t end up being placed according to where they were in the original script. I’ve worked a lot in that kind of format, although there are more extreme cases than Boy Erased—Darren Aronofsky’s Requiem for a Dream and The Fountain and Terrence Malick’s The Tree of Life are all multilayer weaves of several characters and stories. Committing to the decision to deviate from your script opens up a lot of new possibilities, and that’s what sparks the evolution of the editing process.

The deeper you get into your work-in-progress, the more you know you need a pair of outside eyes. Each editor and each director has a small circle of friends and collaborators that they count on for just that. Try to save some of them, because you don’t want to use them all up at the outset. Save some feedback for the later stages of the game so that your trusted consultants aren’t worn out.

I’m lucky in that my memory is sort of like a sieve. I can’t watch a film from beginning to end every day and see it as new, but if there’s enough of a break—if we’re seeing it once per week—I can keep my perspective pretty fresh. Still, both Joel and I got a lot of help on Boy Erased by turning to our most reliable rough cut viewers: We held screenings for assistant editors, editors, and other moviemakers we counted on throughout the process, and tried to stagger them to make sure their feedback was as useful as it could be.

One fascinating discovery we made later on in the process involved a scene in which Jared runs into a bathroom stall and begins to cry. This scene was set very deep into the film’s runtime and was positioned to follow a different scene that had been taken out months earlier. Nearing the end of the process, Joel had a revelation: We would put the scene much earlier in the film, directly following another emotional scene involving Lucas’ parents Nancy and Marshall (played by Nicole Kidman and Russell Crowe). This was an amazing move—one of the most amazing Joel came up with. As an editor, you hope that your director’s mind will work in this way; your director should know what he or she has and should be free enough in his or her mind to know that you can use material in new places.

A lot of editors like to watch everything, screen every frame that’s been shot, and take specific notes on each one. That’s probably a great way to edit, but I don’t do that, mainly because I just can’t wait to get my hands on it all and start slapping things together—to feel it come alive. I find that I’m quite adrift until I have some foundational structure to a scene, and slowly but surely, over the course of a couple of hours, I devour all of the footage. But I don’t take the time, nor do I have the patience, to watch it all play out first. People probably think that’s a good example of idiocy, but it works for me. 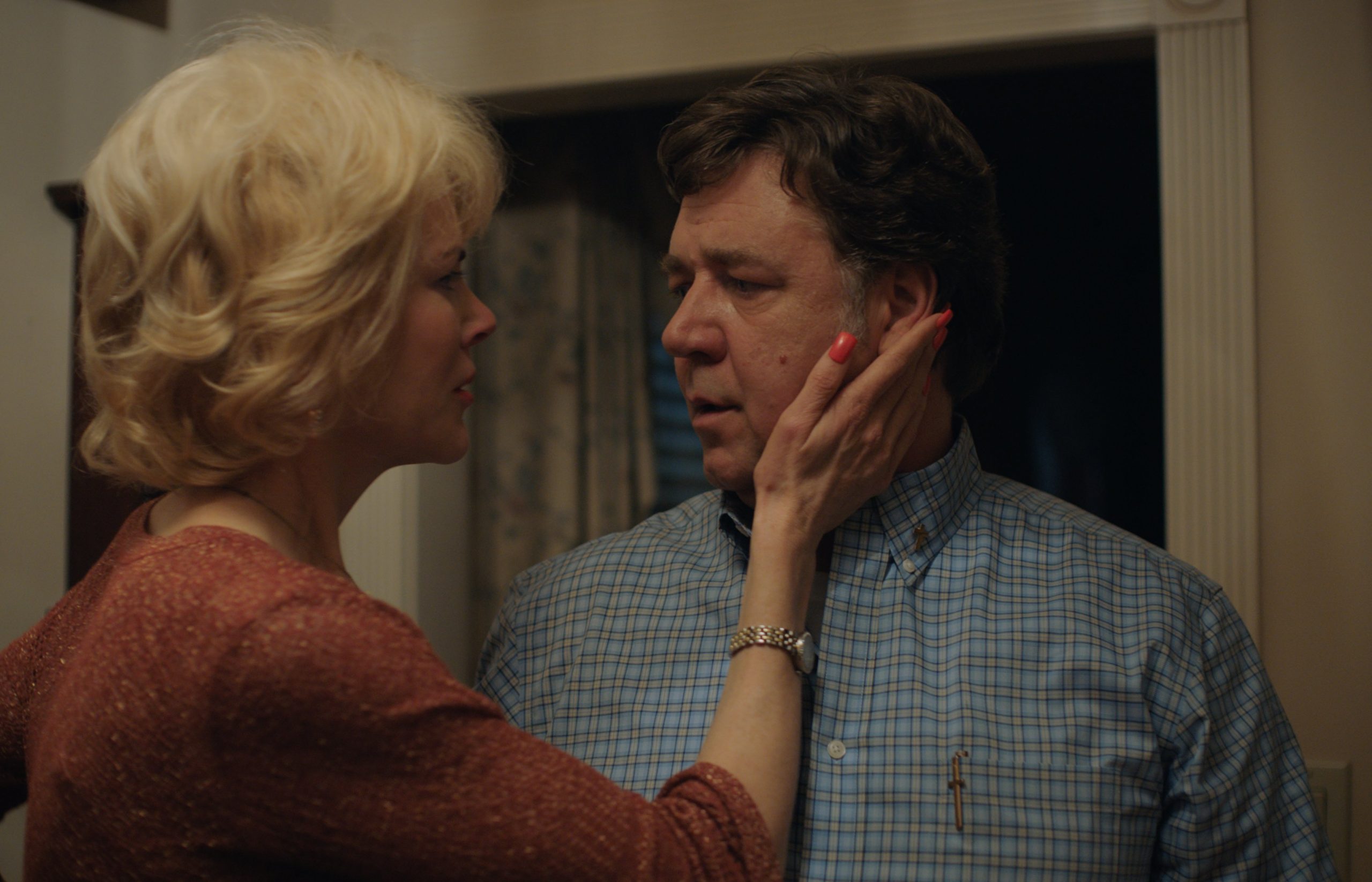 If you decide to work in a similar way, understand that your job is often to let performances lead the way, and to work hard to refine the essence of those performances during the editing process. One flashback to a rape that occurs early in Boy Erased consists of three or four shots, but it feels like one extended, painful shot. In the scene, Jared and a boy he meets at college seem attracted to one another, and this elicits a sense of liberation within the viewer, so we had to maintain that sense of lighthearted, freeing feeling that Lucas’ performance conveys. But when their flirtation suddenly turns into something terrible, we had to let such rough subject matter as rape have its moment, as well. Of course, in cases like these, there’s always the question of how long an editor should hold onto something as brutal as the rape itself. Ultimately, the only way to answer that question is by allowing for as much intensity in the sequence as your performances and shots dictate.

Editing sequences that surround facial expressions more than they do dialogue—like the climactic scene of Boy Erased between Hedges and Crowe—is always a collaborative process. Shaping moments like these doesn’t really call for any kind of calculus or formula. One instinct you need to follow, generally speaking, is to keep things tight. If your film feels like it’s growing longer toward the end of editing it, you need to listen to any concerns you begin to have about losing the tautness of structure right away. But with a scene like this one, you need to do the opposite: Let everything breathe. Let events play out, let each emotion have its moment. Remember: You can always tighten up the film elsewhere, but never rush any moment that captures your actors’ finest and most vulnerable moments.

When organizing footage according to chronology, listen to the material that comes in to you on every new project. If you’re in sync with the performances and camerawork contained within each shot, you can’t go wrong as you begin to play and experiment with structure moving forward. There’s an inherent rhythm that exists within shots before they’re even edited. Finding and feeling that rhythm is a great place to start. MM

—As told to Daniel Joyaux