Coming 2 America Trailer: ‘You Have a Son!’

The Coming 2 America trailer is here, more than 30 years after Coming to America, and apparently Zamunda has a patriarchal line of succession.

At least, that’s the word from King Jaffe Joffer (James Earl Jones), who instructs his son Prince Akeem (Eddie Murphy): “Akeem. It appears you have a son. He must be found.”

And so Akeem and Semmi (Arsenio Hall) are on their way back to Queens, site of the original Coming to America, the land of McDowell’s and Soul Glow and, perhaps, the heir to the Zamundan throne.

There are a lot of familiar faces on display, many of them belonging to Eddie Murphy and Arsenio Hall. But new additions to the cast include Jermaine Fowler, Kiki Layne, Leslie Jones, Tracy Morgan, Teyana Taylor, and Wesley Snipes, looking like a warlord. Who can dance. 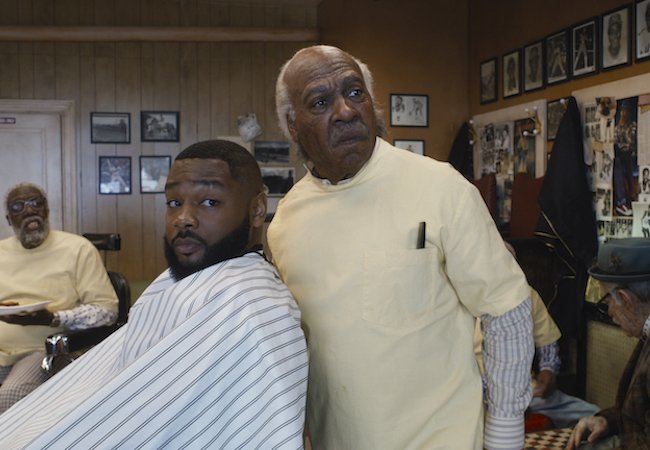 Does it look funny? Yeah, it looks funny. And there’s a ridiculous nod to The Lion King.

Coming 2 America is directed by Craig Brewer, who previously collaborated with Murphy on last year’s Netflix comedy Dolemite Is My Name, which also featured Snipes. The screenplay is by Kenya Barris, Barry W. Blaustein, and David Sheffield, from a story by Blaustein, Sheffield, and Justin Kanew, based on characters created by Eddie Murphy for the 1988 original.

The sequel was scheduled to be released in theaters by Paramount, but was sold to Amazon Prime because of COVID-19 in a deal worth about $125 million, Variety reports.

The original Coming to America was a very fun movie to see in a packed theater, with a roaring audience, but it also played pretty well the 4,000 times we watched it on TV. Now a new generation can decide if it plays online.

Small Theaters Get Billions in Stimulus Relief; Big Chains Get Nothing
Ma Rainey’s Black Bottom Recalls an Era When Singers Led the Band