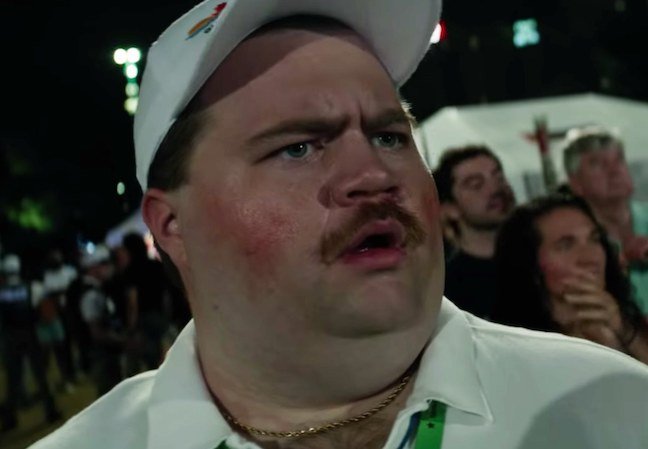 Clint Eastwood was greeted with a standing ovation Wednesday night as he introduced his new film Richard Jewell, a searing cautionary tale about the power of the news media and the government to destroy an innocent man’s life.

It is perfect subject matter for the 89-year-old Eastwood, who has never been shy about his distrust of those who are too quick to judge. The director said he had spent five years trying to make the film, which is based in part on a 1997 Vanity Fair article.

“Everything fell into place, and I’m the luckiest guy in the world,” Eastwood said Wednesday.

“I just want to thank you, and the cast, and all of America. Just watch it, and let us know, okay?” said Bobi Jewell, who is played by Kathy Bates, another likely Oscar contender. “God bless everyone.”

Richard Jewell has a surprising amount of humor, given the subject matter. Hauser gets one of the biggest laughs in a scene in which Jewell is asked if he keeps any guns at home.

Hauser also called on the crowd Wednesday night to give Eastwood another round of applause after his initial standing ovation.

And with that, the Hollywood crowd erupted again for Clint Eastwood. (Eastwood won both Best Picture and Best Director Oscars for both Unforgiven and Million Dollar Baby.)

The real Richard Jewell discovered the bomb at Olympic Centennial Park on July 27, 1996, and helped save lives at the scene. He was initially praised as a hero, then wrongly identified as a suspect. He was finally cleared, and in 2005, Eric Rudolph pleaded guilty to the Olympic Park bombing and other blasts.

The film blames much of the overzealousness in persecuting Jewell on two characters: FBI agent Tom Shaw, a made-up character played by Jon Hamm, and Kathy Scruggs, a now-deceased real-life Atlanta Journal-Constitution reporter played by Olivia Wilde. The real Scruggs was the first reporter to say she had learned that law enforcement was looking into Jewell. In the film, she is shown aggressively flirting with Shaw to get him to reveal that Jewell is a suspect, and then agreeing to have sex with Shaw.

“There is no evidence that this ever happened, and if the film portrays this, it’s offensive and deeply troubling in the #MeToo era,” AJC editor-in-chief Kevin Riley said in an email this week.

He added: “Kathy Scruggs died in 2001 of an overdose of prescription drugs she was taking for chronic back pain. She was 42. Perpetuating false tropes about female reporters and journalism itself shouldn’t go unchallenged in a time when our profession finds itself under almost constant attack.”

Jewell sued several news media outlets, winning settlements from NBC and CNN. His lawsuit against the AJC‘s parent company, Cox Enterprises, “wound through the courts for a decade without resolution,  though much of it was dismissed along the way,” the New York Times wrote in 2007.

The occasion for that Times story, sadly, was Jewell’s death in 2007 at the far-too-young age of 44, after a history of heart problems. The only small consolation was in the obituary’s headline, which correctly identified Jewell, for the historical record, as a hero.

Richard Jewell, directed by Clint Eastwood, is in theaters Dec. 13.