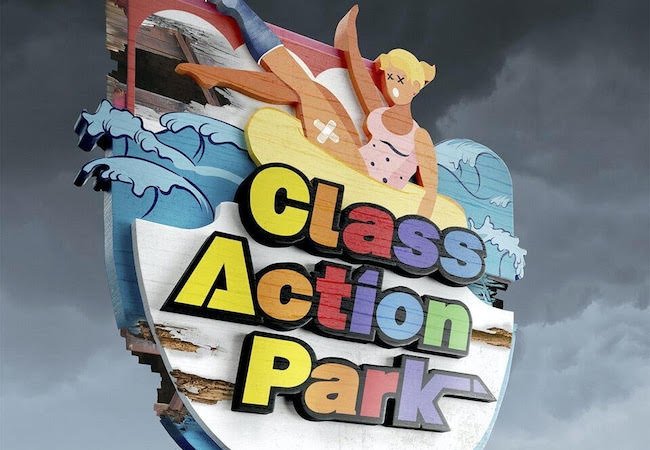 Class Action Park is about Action Park, a notorious New Jersey waterpark that flourished in the unregulated ’80s. When people over 40 say kids today could never do now what we do then, one of the reasons is places like Action Park, and the tragedies they spawned.

Young people beat each other in pools, drank alcohol they bought at the park, stole golf carts — and suffered serious injuries. Some even died.

“It really became this coming-of-age kind of rite of passage for so many people who grew up in the Tri-State area who experienced this very strange park, maybe had their first beer there, their first kiss there, their first party there. But then many other people got hurt there,” Class Action Park co-director Seth Porges says on the latest MovieMaker Interviews podcast.

He and co-director Chris Scott talk with Eric Steuer on the episode, which you can enjoy on Apple or Spotify or here:

Class Action Park combines newly unearthed VHS footage, never-before-seen documents, original animation, and interviews with the people who grew up loving and fearing Action Park, including comedian Chris Getherd, who has often talked about the perils of the park in his act.

“It was a place that is so fascinating, because for many people it was the most fun, magical, most amazing place in the world,” Porges tells Steuer. “And for others, maybe even the same people, it was a place of immense heartache and tragedy.”

Porges adds: “It’s not just that you could get hurt, you could die. And the conditions that allowed this park to exist really went hand-in-hand with corruption, with other crimes.”

Scott blames Reagan-era deregulation for the calamities at Action Park.