Welcome to “Cinema Law,” MovieMaker.com’s all-new blog where you ask the questions of our resident team of legal experts and, each week, they’ll provide the answers to your production queries. Have a burning question yourself? E-mail it to and your question may just be on next week’s blog! Cinema Law is presented as general information only and is not meant to take the place of professional legal advice.

Q: I am producing an independent documentary and would like to include a video that was submitted on YouTube. The video is of a preacher/pastor who looks like he is sitting on the steps of his house or the church, and preaching a sermon to the camera to post on YouTube so “everyone can see his face.” Is it okay to include this video?

A: Ah… this hearkens back to my law school exam days, where in a period of anywhere from three to a dreadful 24 (!) hours, students are subjected to questions intended to survey their knowledge of the entire course. Your question is a classic “issue spotter.” By that, I mean it is laden with what I’ll refer to as “buzzwords,” all of which inform and influence an analysis of whether this video clip can be included in your film. That said, here’s my heavily-condensed exam response:

Buzzword #1: “YouTube” — Most familiar with YouTube know that it is a Website where users can upload and share video content with others. The availability of a video on YouTube, which contains links allowing videos to be e-mailed or posted on various social networking sites such as Facebook and MySpace, would suggest that the creator of the video wants his or her work to be viewed and distributed openly. However, just because a work is readily available on the Internet does not mean you may use the work freely.

Buzzword #2: “Video” — Copyright protects “original works of authorship,” including, but not limited to, literary works, music, artwork and…video. Thus, whoever created the YouTube video is its copyright owner.

Copyright owners possess a “bundle” of rights, allowing them to do and authorize the following acts: Prepare derivative works based upon the copyrighted work, distribute copies of the work to the public and perform and display the work publicly. For instance, if you are the copyright owner of an original screenplay, you not only have the right to copy, distribute, create derivative works and publicly perform your screenplay, but can prevent others from doing the same. You also have the ability to assign or license these rights to third parties, such as a film studio.

In light of the above, since you’re not the creator of the YouTube video and don’t otherwise have authorization to reproduce it, including it in your documentary violates one of the copyright owner’s exclusive rights and is copyright infringement unless the use falls within an exception.

Buzzword #3: “Documentary” — A claim of copyright infringement is subject to certain statutory exceptions, including the “fair use” exception. Fair use rests on the belief that the public is entitled to use portions of copyrighted materials for purposes such as criticism, comment, news reporting, teaching, scholarship or research. For example, if you are a moviemaker creating a documentary about the current pop craze over vampires, you should have the freedom to use short clips of Twilight or “True Blood” without authorization from their copyright owners in order to enhance your film’s analysis. Absent this freedom, copyright owners could suppress all commentary about their work.

Having said that, one cannot simply wave the banner of fair use in order to obtain immunity from a claim of infringement. Determining whether something is a fair use requires weighing four factors, including:

Buzzwords #4 – 8: “Everyone can see his face” — Your observation that “everyone can see [the preacher’s] face” highlights another basis for concern and need for caution. The preacher’s face aside, are there other images in the video that are clearly visible? A piece of artwork, perhaps? Is there a song playing in the background? In short, the copyright owner of the video may not be a savvy intellectual property expert and may have unlawfully incorporated other copyrighted works in the video which may subject him/her (and you) to liability if you do not have permission to use them.

Conclusion: Securing permission from the copyright owner of the YouTube video is a preferable and safer route. Keep in mind that, if the owner insists, it may be necessary to pay a license fee/royalty to use the video in your film.

Amber Holley, an attorney at Kinsella Weitzman Iser Kump & Aldisert, a high-profile, L.A.-based entertainment litigation firm, handles a broad range of complex litigation matters. Her recent areas of practice include entertainment, copyright, antitrust, contract and other commercial disputes. She has represented clients in federal and state courts, both inside and outside of the State of California. Holley is a graduate of Stanford University (A.B., 1998, Economics and Political Science) and received her J.D. from Harvard Law School in 2003. She is also a member of the Black Entertainment and Sport Lawyers Association (BESLA) and Century City bar Association.

The answers to legal questions provided by the lawyers of Kinsella Weitzman Iser Kump & Aldisert, LLP (“KWIKA”) are for general education and information purposes only, and are not legal advice or legal opinions. The information provided in the articles is not intended to create a lawyer-client relationship between KWIKA and you. The opinions expressed in the postings are the opinions of the authors and do not reflect the opinions of KWIKA, its employees or agents.

Cinema Law: Not Receiving a Credit or Pay?
Cinema Law: Who Owns the Footage I Shot? 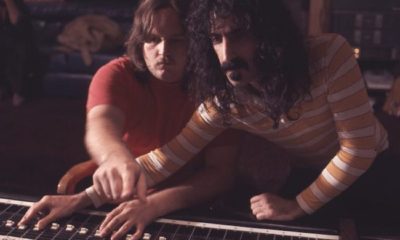 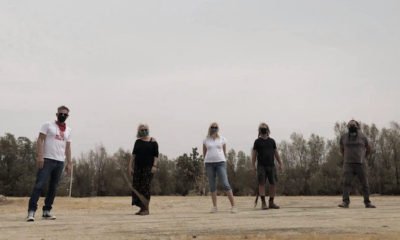