Q: About 20 years ago, a U.S. film production had done a location shoot in Japan, and I was one of the local hired crew. Since my position allowed me to shoot photographs on set, I videotaped the production as well—creating sort of “behind-the-scenes” videos.

The video was never intended for commercial use, just for recording daily activities instead of writing journals on paper. U.S. crew (including producers) knew and acknowledged that I was videotaping. After the production had ended, I made some VHS copies of the edited footage and gave them to key crew members as gifts.

A few days before the movie was released, one of the Japanese actors passed away. Currently, a memorial documentary on the actor is being made, and I got a call from the production office asking for the footage that I had videotaped 20 years ago.

The office manager claims that I do not own the rights to my behind-the-scenes footage, since it was videotaped on the movie set and the movie is owned by the studio. The office manager also says that he will locate and get surviving VHS copies from the key crew members if I decline to submit my original footage. (The production company that is making the documentary film has no relation to the film production company that made the movie 20 years ago.)

I have no intention to reject the request, but I don’t like the idea of my footage being used without my consent. After reading your recent “Who Owns What?” blog, I wonder if I can claim the rights to my footage.

Under U.S. copyright law, the person who creates the work (i.e. writes the story or takes the picture) legally owns the copyright unless the work was created as a work made for hire.

If a work was made for hire, the person or company who did the hiring (the employer) typically owns the copyright, unless the parties have agreed otherwise in writing. Assuming U.S. law applies, whether or not you legally own the copyright in the footage you filmed depends on the terms of your agreement with the production company that hired you.

Companies hiring people to work on set (particularly people whose jobs include taking pictures or filming) often include work for hire agreements applicable to the results and proceeds of a person’s work on the production. These are typically broad and cover all work, including behind-the-scenes footage. You should check your paperwork, assuming you have it going back that far in time, to see whether your contract includes a work for hire agreement.

If there is no work for hire agreement, you own the copyright and control who uses your work. That means, others cannot exploit your copyrighted work without your permission. Although a transfer of an exclusive copyright license must be in writing, a non-exclusive license need not be in writing and can be implied from the circumstances.

Since you’re apparently willing to let the production company use your footage, you should ask for appropriate credit and attribution for your work.

The answers to legal questions provided by the lawyers of Kinsella Weitzman Iser Kump & Aldisert, LLP (“KWIKA”) are for general education and information purposes only, and are not legal advice or legal opinions. The information provided in the articles is not intended to create a lawyer-client relationship between KWIKA and you. The opinions expressed in the postings are the opinions of the authors and do not reflect the opinions of KWIKA, its employees or agents.

Cinema Law: Who Owns the Footage I Shot?
Cinema Law: What’s the Deal With Participation Fees, Residuals and Other Back End Payment? 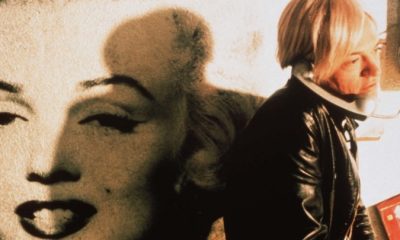