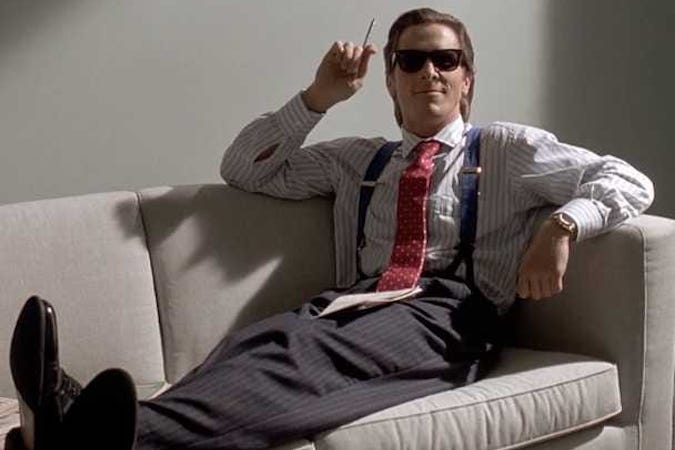 Christian Bale, soon to play a Thor villain, says his American Psycho bad guy Patrick Bateman would likely run for president if he were still around today.

Patrick Bateman was a breakthrough role for Bale, who spoke to MovieMaker for our 20th anniversary oral history of American Psycho. He mentioned Bateman’s potential presidential ambitions while explaining how Tom Cruise and Donald Trump influenced his take on Bateman.

Bale said he approached Bateman like an alien who landed in 1980s Manhattan and tried to adapt.

“I mean, look, if someone had landed at that time and he was looking around for cultural alpha males, business-world alpha males, et cetera, than Tom Cruise certainly would have been one of those that he would have looked at and aspired to be and attempted to emulate. And he’s still a leading man now,” Bale said.

Christian Bale said he kept photos of Cruise in his trailer to help inform his performance.

“So yeah, I had pictures of him inside the trailer, as I did other people, and ’80s models that Bateman probably would have looked at and tried to imitate. And certainly that megawatt smile with the perfect teeth,” Bale said.

“Likewise, Donald Trump would have been somebody he would have looked at and said, ‘Ah, right. I need to have a little bit of that as well.’ … If Bateman were around today he’d probably be inspired to run for president.”

American Psycho director Mary Harron has previously talked about how Cruise was one of Bale’s influences for Patrick Bateman, but prior to our oral history, Bale had never spoken at such length about exactly how Cruise informed Bateman.

Cruise isn’t mentioned in the movie, but in one of the funniest scenes in the book, Patrick Bateman meets Cruise in an elevator and incorrectly asserts that he enjoyed him in the movie Bartender. (As Cruise-in-the-book explains, Bateman is thinking of Cocktail.)

News that Bale was in talks to appear in Thor: Love and Thunder first broke in January, and this past week, Tessa Thompson confirmed it at the premiere of Season 3 of Westworld.

“Christian Bale is going to play our villain, which is going to be fantastic,” she told ET.

There’s no word on who Christian Bale will play in the new Thor.

It will be Bale’s first entry into the Marvel Cinematic Universe after he reinvigorated DC movies with Batman Begins in 2005.

You can read our full American Psycho oral history here.