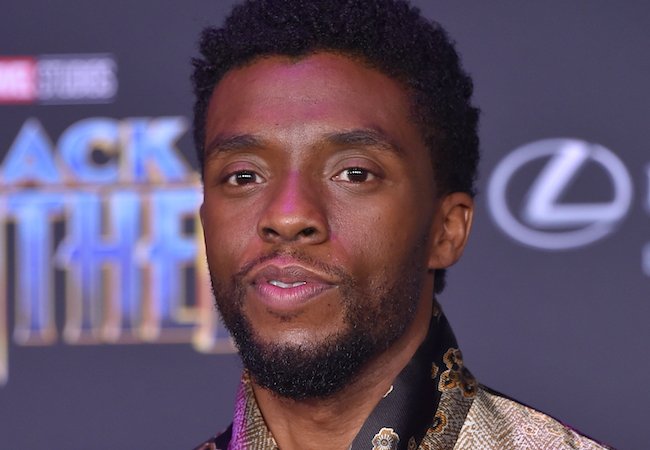 Chadwick Boseman, who made film history in his lead role in Black Panther, has died at 43 after a four-year fight with colon cancer.

The death came as a complete shock, as his diagnosis had not been made public. He continued working as he battled the disease, appearing most recently in Spike Lee’s Da 5 Bloods.

“A true fighter, Chadwick persevered through it all, and brought you many of the films you have come to love so much,” his family said in a statement. “From Marshall to Da 5 Bloods, August Wilson’s Ma Rainey’s Black Bottom and several more—all were filmed during and between countless surgeries and chemotherapy. It was the honor of his career to bring King T’Challa to life in Black Panther.”

Black Panther proved conclusively that a Black film could be a blockbuster, thriving with moviegoers worldwide, after decades of Hollywood doubt and exclusion. It opened the door for many films to come.

Boseman died at his home in the Los Angeles area with his wife and family at his side, his publicist, Nicki Fioravante, told The Associated Press.

But he became globally famous when he originated the role of T’Challa, eventual ruler of Wakanda, in Captain America: Civil War in 2016.

He then led the Black Panther cast in Ryan Coogler’s pan-African adventure about a king who must decide whether to keep his people isolated from the world, or battle injustice everywhere. He reprised the role in Avengers: Infinity War and Avengers: Endgame. A Black Panther 2 was planned at the time of his death.

Boseman grew up in South Carolina, graduated from Howard University and then went on study at the British American Dramatic Academy.

Social media was filled Friday night with shock, sadness and love for Boseman.

“This is a crushing blow,” Jordan Peele wrote on Twitter.

“Chadwick… no words to express my devastation of losing you,” wrote Viola Davis, his Ma Rainey’s Black Bottom co-star. “Your talent, your spirit, your heart, your authenticity… It was an honor working beside you, getting to know you… Rest well prince… May flights of angels sing thee to thy heavenly rest. I love you!”

“Our hearts are broken and our thoughts are with Chadwick Boseman’s family,” Marvel Studios said in a statement. “Your legacy will live on forever. Rest In Peace.”

“The true power of Chadwick Boseman was bigger than anything we saw on screen,” said presidential candidate Joe Biden, who lost his son Beau to cancer in 2015. “From the Black Panther to Jackie Robinson, he inspired generations and showed them they can be anything they want — even super heroes. Jill and I are praying for his loved ones at this difficult time.”

“Rest in love, brother. Thank you for shining your light and sharing your talent with the world. My love and strength to your family,” Dwayne Johnson wrote.

“I will miss you, birthday brother,” wrote Don Cheadle, one of Boseman’s co-stars in the Marvel films. “You were always light and love to me.”

“I’ll miss waiting to see what he does next. Rest in power,” wrote Nia DaCosta, director of the upcoming Marvel film Captain Marvel 2.

“What a man, and what an immense talent,” said another of his Marvel co-stars, Mark Ruffalo. “Brother, you were one of the all-time greats and your greatness was only beginning. Lord love ya. Rest in power, King.”

Main image, above: Chadwick Boseman at the Hollywood premiere of Black Panther on Jan. 29, 2018.