The Case for Theatrical Distribution: Putting Your Movie Into Theaters Still Makes Business Sense. Here’s Why 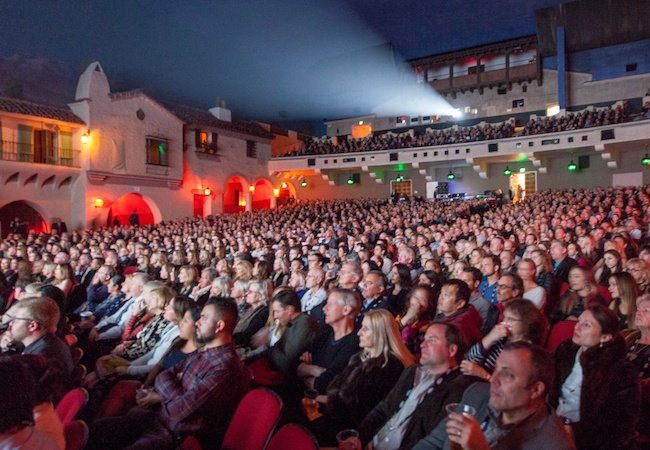 A truth universally acknowledged: Everything is going digital, from the promotion of films to the way they are screened in movie theaters.

The bulk of film revenue comes from online, not only domestically but worldwide. Producers today wonder if their films still need theatrical and DVD distribution, both of which have been declining in profits, or if they can bypass these and go straight to the digital market. On top of lower returns, the fact that almost 30 new movies open every week crowds the theatrical market like never before. The clamor of do-it-yourself distribution makes things even more confusing. So, can a case still be made for theatrical release?

Let’s break it down step by step. We start with two categories of films: on the one hand, the DIY movie made with no money, friends and family as cast and crew. We’ll place into this category indie endeavors with very limited commercial potential in this ultracompetitive marketplace. For this category—even though there are always exceptions—the do-it-yourself approach for distribution is definitely the safest one, with aggregators like Quiver Digital, for example, providing (for a low upfront fee) the submission of your film to the main digital platforms.

The second category is for movies made with some kind of a real budget, which have a fighting chance on the market. (If you have any doubt about the category into which your film falls, organize a screening with people you do not know in the audience, without you being present, and have them tell you in writing what they think about your film and its chances.)

If you are convinced your film falls in this second category, here’s my prognosis: A theatrical opening is still the cheapest way to promote your film and create a market.

Why do “old-fashioned” venues represent your best bet? Consider this: Today, 300 hours of content will be uploaded every single minute on YouTube! In the same minute, more than 500 new websites will be created, presenting their own content as well. This is the real issue at hand: No matter how good your movie is, your audience has to know it even exists.

Every movie has an audience divided into three parts. The first one is your core audience, composed of family, friends and die-hard fans of your subject or of your actors. These fans will find your film no matter where it is, as they have their Google alert set up or are part of the social media groups devoted to your subject. The second group is the second-best audience, possibly interested in your film but not set up to know automatically that it exists. And the last group is the one which doesn’t have any specific interest in your subject or actors, but is open to seeing a movie like yours when it presents itself. To really be successful you’ll need at least the second-tier audience and, depending on the money you need to recoup, probably at least a part of the third one, as well.

How do you get in touch with those people?

Through the Internet, you’re guessing, of course. This guesswork is difficult and costly, because in a single minute the world generates 350,000 tweets and three million Facebook posts, 2.5 million Instagram posts… and so on. With a reasonable budget, you’ll be able, best-case scenario, to fortify your core audience and ever-so-slightly hit your second-tier one.

Now we get to the reasons why theatrical is still the most affordable way to get your movie seen. The first is your need to use major media to promote your movie. When you open in New York, apart from notable exceptions, the New York Times will review your film, as will other newspapers and magazines, radio stations and maybe some TV stations. Same goes for Los Angeles and other cities. And, in fact, you can open a movie in New York for less than $25,000; in Los Angeles you can do it for less than $20,000 all in; smaller cities might require only a few thousand dollars. In other words, opening theatrically gets the word out that your movie exists at a fairly reasonable cost.

A further benefit: Every time you open a major city in a state, not only do you create a new market for theatrical exploitation, but—more importantly—you create one for your DVD and streaming market, which will come later on. Pushing even further, releasing in New York and Los Angeles opens your TV and foreign markets as well, seeing that the first questions a foreign buyer asks when offered a movie to buy are: “was it released theatrically in the U.S.?” and “how was the press and the box office?”

Every dollar you spend opening your film will come back by way of DVD and digital sales—if not by way of ticket sales. This is why today’s distributors consider a theatrical release a PR operation for what’s known as the ancillary exploitations (DVD, Blu-ray, streaming, VOD, TV, foreign). You could argue that such exploitation is not so ancillary anymore, that theatrical became the ancillary exploitation, and you would be right—ancillary, but still necessary. All distributors, from the small independents to the major studios, would be delighted if they could avoid the theatrical process, which is, no bones about it, a costly major endeavor. But unless your movie has a built-in audience of millions of fans—millions with an “s”—you have no chance to succeed via the Internet alone, unless you only need to recoup $10,000 or $20,000.

Theatrical release typically starts with New York in week one, Los Angeles week two, Chicago week three, and so on. These cities are where the national press and media outlets are concentrated. The New York opening will trigger articles, social media activity and blog posts, which will help the L.A. release, etc. In other words. it’s the avalanche effect, which will potentially let the three tiers of your audience know your movie exists and thus create a market in all media.

Now the question is: Can you pull off this release by yourself?

Technically, you can, but practically speaking, it’s not easy. Theater chains may be reluctant to give you a screen, as you do not have an account open with them and it’s too cumbersome to open an account for one or even a couple of films. Most will prefer to pass. It’s the same with DVD wholesalers and retailers; same with iTunes and Netflix—they’ll ask you to go through a distributor or an aggregator that they have an account with. There are exceptions, of course, like the great independent chains such as Laemmle Theatres in Los Angeles, Cinema Village in New York, and others. There are also the theatrical on demand organizations, like Tugg or Gathr, which organize one-off screenings—meaning one night per city—where people want to see the film. However, you will have to do all the work of promotion, and won’t automatically generate reviews—and ultimately will not open your market.

If you find that theaters do not want to take the risk of working with a filmmaker without a distributor, you could “four-wall” your film. Four-walling means that you rent the screen for one week, for a fixed price of between $5,000 for the smaller cities and $15,000 or more for the biggest ones and get to keep 100 percent of the tickets sales (versus around 40 percent for regular bookings). No part of the audience will know that you rented the theater as it will all look the same to them. After such a release, you could design and manufacture your own DVD—price isn’t really an issue here, as each DVD costs less than $1 to manufacture—and set up your own streaming on Vimeo. You could promote and sell both on your website and on Amazon. Again, though, you may reach a very small part of the market this way, as the other key players will not deal with you. The big guns have little interest in working with a non-professional on a movie they are not even sure can work. Most of the time they only want to deal with distributors who knows how to do PR and marketing on a film, knows how much to sell it for, how to discount it, when to start and stop, etc.

We’ve come to another core truth about movie distribution: It takes a team of at least a dozen people working full-time on a film to market it and release it properly. In no specific order, you will need a PR team to contact all media outlets; a marketing team to design your poster, postcards, banners and ads, and target each segment of the market; a sales team to book your theaters and harass all DVD wholesalers and retailers and all digital platforms; a post-production team to deliver your trailers and feature on DCP and upload them to all platforms; an accountant to chase payments and do reports and, above all, a grassroots team to mobilize your audience.

Working with a distributor is expensive as the distributor will take a fee—around 30 percent—and recoup its own expenses before you see a dime. But it will provide all the people listed above and not charge you for most of them—and the sales force is always included in its fee.

What happens if no distributor wants to distribute your film? You could do it yourself as detailed above, or you can hire a distributor under what we call a service deal. You’ll have to provide a part of or all the funds necessary for the release but get to make the decisions with the distributor concerning such a release. In such a case, the distributor will take a reduced fee or no fee at all as long as you provide a fixed amount for its services.

Hence, my conclusion: Theatrical distribution is still essential to properly reach your audience, and the risk is very minimal, if not totally nonexistent. There’s one last benefit, beyond what I’ve said about theatrical promoting DVD sales and streaming. It’s that theatrical distribution is a weekly business. Say you have planned a 15-city release—it has to start the first week in New York, the second in Los Angeles, and so on. You will know the results of your first week after the opening weekend—less than $5,000 in ticket sales is not great, more than $10,000 is—and you will be able to modify your release.

Even if theaters are already booked all over the country, when they see not-great results, they’ll be calling your distributor Monday morning after your opening weekend to re-discuss your bookings. No theaters want to have an empty room. Don’t fight them. If they don’t want it, that’s a good indication that a film is likely not going to draw an audience. On the other hand, if you had only booked New York and Los Angeles, and the first weekend goes through the roof, other theaters around the country will be calling your distributor—or will at least take your distributor’s call—and offer to expand your release to other cities.

Everything is decided and changed on a weekly basis—there’s no real risk. This is why most distributors will book New York and Los Angeles no matter what, in order to create a market for the film and focus all their efforts on these two cities. If it works there, you are on your way! MM

Philippe Diaz is a director and producer, and the founder and CEO of Cinema Libre Studio in Burbank.

This article appears in MovieMaker‘s Complete Guide to Making Movies 2017.

The Art of the Tease: Reel ’Em In With a Trailer That Looks the Very Best Your Film Can Look
Getting With the Program: Quad Cinema Is the Latest Addition to a Growing Wave of NYC Indie Arthouse Exhibition