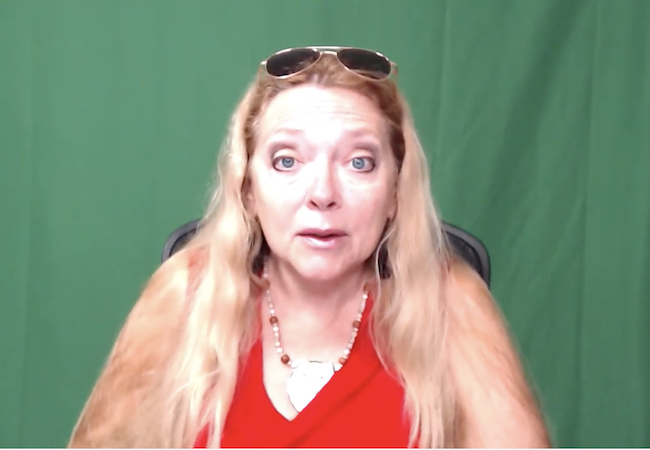 Carole Baskin addresses what she calls the most “outlandish” Tiger King theories in a new series of videos released over the weekend.

When we emailed Baskin on Sunday with a quick question about The Tiger King and I, Netflix’s new follow-up to Tiger King, she only took seven minutes to fire back a detailed response, explaining that she had compiled it in response to the slew of questions she has received about Joe Exotic, ex-husband Don Lewis, and her animals at Big Cat Rescue, among other subjects.

Her videos, which you can see below, cover almost everything you’ve ever wanted to know about Tiger King and Big Cat Rescue. (The videos keep going when you start the first one.)

She even addresses the notion that her ex-husband, Don Lewis, is buried under a septic tank or was run through a meat grinder, calling both theories “equally outlandish.”

Baskin has denied any wrongdoing, and has never been charged in Lewis’ 1997 disappearance.

She has also urged people to consider the source when it comes to the murder accusations: She notes that her main accuser, Joe Exotic, is in prison, convicted on multiple charges, including attempting to orchestrate her murder.

The videos even include a “lighting round” of answers to questions and Tiger King theories she says she hears the most.

She says she’s often asked, for example, why she doesn’t pet the cats at her Florida facility. She says that some cats at other facilities seek human affection because cruel keepers have trained them to do so, in exchange for food, to create the illusion that share a special bond with the cats.

She also describes how other some owners kill cubs by freezing or hammering them to death to avoid caring for them as adults. And she details how much land the cats in her care occupy, indicating that the Netflix documentary gave an incorrect impression to some viewers that they live in cramped spaces.

There’s so much more, and all of her answers roll out, playlist-style, when you start the video above, Carole Baskin vs. Tiger King.

And here is her full email response to Tiger King:

“What doesn’t kill me, makes me stronger” has been my mantra for my whole life, so please don’t worry about me. I think there could be much good to come from the Netflix docuseries because it is the kind of thing people love to see. There is a fascination with crazy people doing crazy things and many people love to see someone like me criticized for challenging the status quo.

That means people will watch and share the show. Based on it being in Netflix’ top 10 line up, during a time when people around the world are confined to their homes looking for entertainment, I suspect it could easily reach 20 million people or more. There was no amount of preaching to the choir that I could do to reach people of all walks of life with the message that cub handling is causing the extinction of the tiger and other big cats.

The hard part for me and my tribe, which of course includes you, is that there are people who really hate having someone tell them it’s not OK for them to gawk at cute baby wildcats who were born in captivity. Most of the death threats and really crude, violent comments I am seeing right now are from that segment of society.

There is just a ton of hate mail from people who saw the clip of the Wildcat Walkabout and think we have 600 people at the sanctuary every day just like a zoo. They hate that we are keeping cats in cages and letting people visit. That requires a lot of conversations between all of us to let them know that we absolutely agree that big cats shouldn’t be in cages and why we can’t just go turn them loose.

My greatest source of gratification, from this outlandish depiction of me and the sanctuary, is seeing there already is a change in attitudes for most people. They believe wild cats should live free. All we have to do is harness and educate this significant segment of society in order to end cub handling and phase out private possession, by motivating them to make the Call of the Wild at BigCatAct.com.

In case you need these links to help people understand that Netflix grossly misrepresented us and our mission, I’ll include them here.

All of the case numbers, dockets, links: https://bigcatrescue.org/netflix/

Slate did a great article about how Netflix chose the wrong villain: https://slate.com/culture/2020/03/tiger-king-netflix-carole-baskin-villain.html

I think the most compelling thing is to send people to CubTruth.com where they can see the three most potent videos to educate them about why they should make the call to Congress. Thank you for all you are doing to protect big cats, their cubs and their right to live free.

P.S. Remember to choose BigCatRescue.org/smile and Big Cat Rescue as your charity so that Amazon will donate .5 percent of your shopping dollars to the cats AT NO COST TO YOU!!!

“The people who are crazy enough to think they can change the world are the ones who do.” – Steve Jobs

Tired of the Streaming Giants? Try These Streaming Service Alternatives
How Well Does Uncorked Capture Memphis?