Mickey and the Bear’s Camila Morrone, James Badge Dale and Annabelle Attanasio on the Power of Persistence 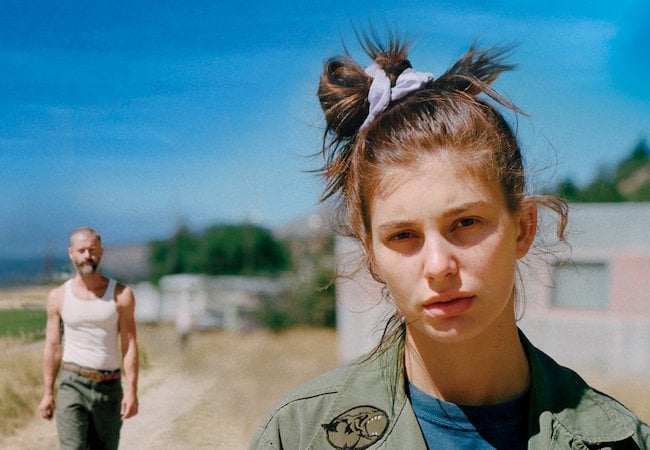 Camila Morrone, the star of Annabelle Attanasio’s debut feature, Mickey and the Bear, got the job by self-taping her audition in her kitchen, she says on the new episode of the MovieMaker Interviews podcast. Her co-star, James Badge Dale, adds that he got his role because lobbied hard for another role that led to Mickey and the Bear.

Morrone, Dale and Attanasio talk about the power of persistence and refusing to accept rejection in the new episode of MovieMaker interviews, available on your favorite podcasting platform (scroll down for some links) or right here:

“Mickey and the Bear” stars Morrone as an 18-year-old helping care for her father, Hank (James Badge Dale), a veteran coping with PTSD in the small town of Anacdona, Montana.

“I read the logline and the breakdown and I got halfway through the script, and then I said, you know what, I’m not even going to waste my time reading the rest of the script—I know I like it and I want to audition for it,” Morrone said. “So I worked with my acting coach on it and I self-taped it in my house. In my kitchen. And I sent it in. And a couple months later I was in Anaconda meeting with Annie for the first time.”

“You flew yourself out, right?” Dale asked.

“Yes I did. I’d like to get reimbursed, guys,” Morrone joked.

Also read: Daniel Kaluuya Tells Us Why Queen & Slim is More Like Thelma & Louise Than Bonnie and Clyde

Dale said that Attanasio sent him the Mickey and the Bear script because of his performance as a cancer patient in Robert Zemeckis’ 2012 film Flight, which stars Denzel Washington as a pilot battling addiction. (Zemeckis has called Dale’s big scene his favorite in the film.)

“If you want something you have to fight for it in this industry,” Morrone said. “Nothing is going to be given to you on a silver platter. That’s been my experience on every job I’ve ever booked and every job I’ve come close to booking. It’s always a fight.”

Attanasio took lessons from her own experiences on an actor (she was a star of the CBS drama Bull) to craft an elegant, efficient script that skips exposition and lets the actors really act.

“I’m not a fan of exposition because I just don’t feel like people ever expose information in that way in real life,” I was trying in this to rebel against that screenwriting principle that you have to explain all the facts, especially for something that was meant to be quite earthy and quite behavioral and tactile, which was the tone of the acting style.”

Listen to the episode on:

Here are some highlights of the interview, with timestamps:

2:30: Some nice words about Gen Z and a brutal attack on Generation X

3:30: Annabelle Attanasio explains where the idea for “Mickey and the Bear” originated

4:39: Camila Morrone self-taped her audition in her kitchen

6:05: James Badge Dale, Camila Morrone and Annabelle Attanasio discuss what it means to succeed as an actor

8:30: Annabelle Attanasio discusses why she wrote a “quite spare” script without needless exposition

12: James Badge Dale and Camila Morrone discuss the most difficult scene in the film and the importance of blocking if you want to avoid awkward injuries

15:45: How the film addresses the treatment of veterans and the opioid crisis

16:45: How their parents impacted them

21: Respect to The Young Girls of Rochefort

22:15: We ask Camila Morrone to resolve a casting mystery

Annabelle Attanasio’s Mickey and the Bear is in theaters now.

Why Mister Rogers Isn’t the Main Character in A Beautiful Day in the Neighborhood
What Does ‘I Heard You Paint Houses’ Mean in The Irishman?: