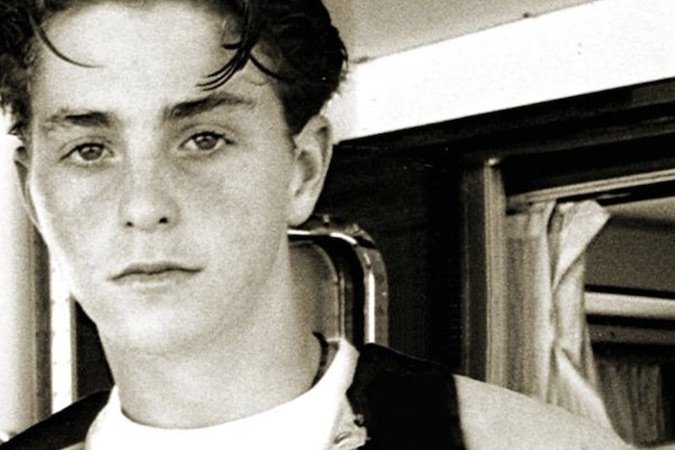 The day after his grandfather, Kirk Douglas, died at 103, Cameron Douglas went through with a long-scheduled interview with author Bret Easton Ellis about his addiction memoir, Long Way Home.

They discussed complicated relationships between fathers and sons — including Cameron Douglas’ with his father, Michael Douglas — and how familial pressure helped fuel an addiction that eventually led to Cameron Douglas serving seven years in prison.

The interview, for the Bret Easton Ellis Podcast, is a fascinating look at three generations of filmmaking through the perspective of one remarkable family. It’s about breaking expectations, both good and bad.

“I’ve always felt that I was going to forge my own path, and still do, not really in competition with either my father or my grandfather,” Douglas says on the podcast. “Although it’s definitely inspiration, that’s for sure.”

Ellis explains at the start of the interview, which was held on on Feb. 6, the day after Kirk Douglas died, that it had been scheduled for months. Cameron Douglas opted to go through with it.

Douglas turned to drugs to reduce his anxiety about the stresses and expectations around him — but of course they became the greatest source of his problems. (He is pictured above in a childhood photo on the cover of Long Way Home.)

Despite good reviews for his performance in 2003’s It Runs in the Family, which featured Kirk, Michael and Cameron Douglas, Cameron Douglas passed on an acting career in favor of music. His career as a well-paid, global DJ helped sustain an addiction to liquid cocaine. He also used heroin and meth. His father struggled to help him, at one point hiring burly men to take him to rehab.

He was arrested in  2009 for drug possession and sent to prison, where his life changed. He hopes his new memoir will keep readers from making the same mistakes he did.

The conversation with Ellis is largely about “survival instincts,” especially those of his grandfather, who went from poverty to soaring success, only to lose his money and struggle again.

Cameron Douglas says Kirk Douglas eventually made “a tremendous amount of money” from 1975’s One Flew Over the Cukoo’s Nest, but not in the way he wanted.

Kirk Douglas starred in the stage adaptation of Ken Kesey’s novel, then tried to make it a film. When he couldn’t, he let his son Michael Douglas have a shot at it. Michael Douglas chose Jack Nicholson for the lead role, not his father, because he believed, as many did, that Kirk Douglas had gotten too old for the lead role. The film was a huge box office success, and swept the major categories at the Oscars.

Cameron Douglas said the casting remained a sticking point between his father and grandfather until Kirk Douglas’ death.

“It’s definitely something they would jab each other about, even as recently as a few months ago,” Douglas said. “It’s more of something to laugh about at this point, but I can see there was definitely some real tension over that.”

You can listen to the Bret Easton Ellis Podcast here, and Cameron Douglas’ memoir, Long Way Home, is now on sale.

Martin Scorsese Thinks His Next Film, Killers of the Flower Moon, Will Be ‘a Western’
Sharon Choi, Bong Joon-Ho’s Interpreter, Says She Isn’t Writing a Script About Awards Season