Someone’s Gotta Do It: Nailing that Film Critic Job 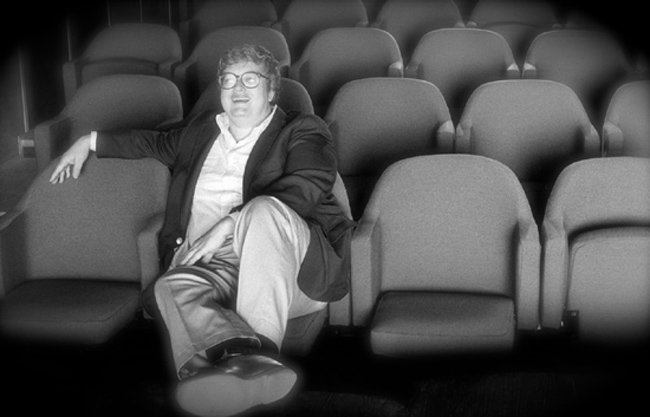 Every once in a while, film criticism is declared well and truly done for. While the ethos of the practice is far from dead—critical conversations around film and pop culture seem richer than ever before—the profession is indeed endangered.

True, today’s online landscape is a more democratic one, making it easier for a young writer to embed him or herself into the community. But how can one pursue criticism as an occupation with longevity? With Steve James’ Roger Ebert documentary, Life Itself, opening in theaters this Fourth of July weekend, we asked a bevy of top film critics for advice on how to “make it” in today’s post-Ebert critical landscape.

1. Get the easy stuff right.

“Write clean copy, submit it on time, and accept criticism with grace,” advises the LA Weekly critic Amy Nicholson. Bilge Ebiri (of Vulture and New York Magazine) adds: “Familiarize yourself with a publication before you pitch to them. The more work they have to do on your piece, the less of a chance you’ll have to write another one of them.”

“Write short pitches that seem to fit with that agenda,” says Indiewire’s chief critic Eric Kohn, who also mentors college-age critics at the Critics Academy initiative of Indiewire and Film Society of Lincoln Center. “Always follow up, but if you don’t get anywhere after the second follow up, move on.”

“Not until you’re getting a steady stream of income from criticism,” says Peter Labuza, a freelance film critic and NYFF Critics Academy alumnus.

“With many print publications closing and many websites paying minimally (if at all), it’s a harder job than ever to make a living at,” says The Star-Ledger’s Stephen Whitty, who notes ironically that his 17-year job is currently transitioning from staff to contract-freelance. “My advice is to have a spouse, trust fund, or full-time job,” notes freelance writer Miriam Bale. “It’s difficult to get a pitch through out of desperation. You have to have enough money to afford to be professional without a paycheck.”

Having a full-time job while pursuing film criticism has its challenges, though. Ebiri says, “I often find myself seeing films on Thursday night, and having to turn around a review for Friday morning. That can wreak havoc on your system. Familiarize yourself with catnaps and get used to sleeping on subways.”

“Unless you have a death in the family,” says Nicholson.

“If your editors know you’re a reliable writer,” says Ebiri, “you can get more assignments without having to constantly pitch; and occasionally convince them to let you do something offbeat.”

4) Have a meaningful online presence.

“I’d recommend starting a blog” says Ebiri. “I’ve gotten gigs in the past because someone read a piece on my personal blog.” Self-Styled Siren’s and New York Post’s Farran Smith Nehme agrees: “I like to see people do unusual things—a post about a single close-up, the makeup, the furniture in a scene. A bizarrely organized list, a personal connection to a movie—that keeps blogging sharp and joyous, and that’s what is going to draw an audience.”

Whitty stresses the importance of budgeting time for social media. “Don’t just send out links to your own stuff. Engage in discussions, and become part of the community.”

“While movies are no longer at the epicenter of every cultural conversation, well-formulated ideas remain as potent as ever. The 21st century film critic is someone who might specialize in movies, but also writes with similar gusto about television, music, and politics,” says Kohn.

Stephen Whitty/Courtesy of The Star Ledger

“Talk to strangers, eat weird foods, and read even the boring articles in newspapers so you can relate to a film as one more way to see the world,” advises Nicholson.

“If all you’re interested in is writing reviews, your opportunities will be limited,” adds Whitty. “Do Q&As, trend pieces, longer essays. These days, the job is being a film writer, not just a critic.” MM

This article first appeared as a sidebar to the article “Taking it Personally,” about Life Itself, in our Summer 2014 issue, on stands now. To subscribe to MovieMaker Magazine, click here.