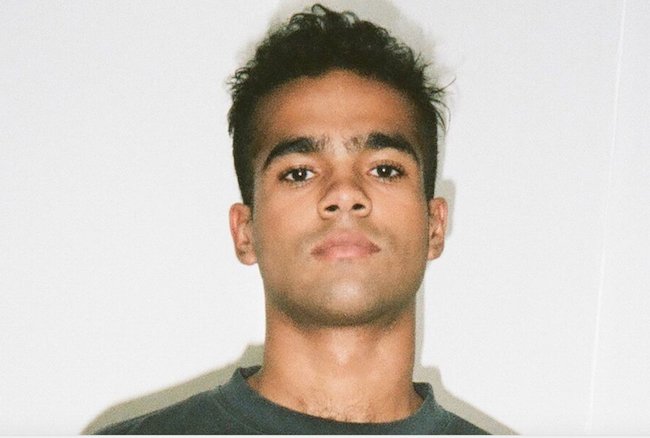 Phillip Youmans was a teenage actor working on a low-budget superhero movie when he noticed he wasn’t as interested in his acting as he was in the on-set dynamic between the film’s director and cinematographer. He wasted no time writing and directing his own film, Burning Cane, which won him, at age 19, a Founders Award at this year’s Tribeca Film Festival.

The film, which debuts on Netflix on Wednesday, examines a woman’s relationships with her spiraling son and troubled pastor, and stars Wendell Pierce, Karen Kaia Livers and Dominique McClellan.

Youmans, a Gotham Award nominee for Breakthrough Director, talked with MovieMaker about growing up in the Baptist church in Louisiana, his fast journey to shooting a feature, and the importance of working with friends.

Sophie Jonsson, MovieMaker Magazine (MM): You’re only 19 years old. How old were you when you first got into film and how did it happen?

Phillip Youmans (PY): I started acting in my school’s theater when I was nine. I started doing theatrical productions, and then after that, I started getting into acting with some of the local television and production companies, started auditioning for those until I booked one role in a film called American Hero. … I saw the director-DP dynamic working at hand. I found myself more interested in watching that than any of the stuff that I was doing as an actor. I was just so interested in getting on that side of the camera. So after that, I started making my own shorts.

MM: Who are some of your inspirations and influences as a filmmaker?

PY: For filmmakers, I’d definitely say [Djibril Diop] Mambéty, I’m biased, but Benh Zeitlin, I think his work is singular and amazing, so him being a part of the project is just insane. Also, Barry Jenkins. I think he’s at the forefront of crafting humanizing, nuanced black stories, especially about perspectives that haven’t really been dissected and analyzed quite as overtly or honestly as he’s done. Ava [DuVernay], of course, she’s a legend already. Also, Charles Burnett, I got exposed to his work after Burning Cane, because, when I showed the film, there were some people who were talking about some stylistic parallels to Killer of Sheep, so I watched Killer of Sheep and was amazed. I think his work is phenomenal. Of course, Paul Thomas Anderson is amazing. He’s always been one of my favorite directors. And Wong Kar-wai, he’s a surefire one.

MM: What was the inspiration for Burning Cane? Did you take anything from your own life?

PY: The film is a meditation of me creating a humanizing portrait of the people that I grew up around in the black Baptist church, and really trying to create a depiction of the life and dynamics within that rigid ethos. Whether that be from my personal upbringing in the church, which I ultimately separated from as I got older, or the stories of my mom growing up in low-country South Carolina and her experiences in the Baptist church there, the substance and roots of the story came from my own experiences and my family. Also, in terms of some of the vices that are touched on in the film, especially the alcoholism. Alcoholism runs in my family, but I’ve also personally grappled with a lot of those alcoholic tendencies myself, especially when I was in high school.

MM: On Burning Cane, you were the screenwriter, director, DP, and editor, is that right?

MM: Did you have a particular favorite role?

PY: I love writing. I think that so much of the freedom of everything comes from writing, and it’s really just the building block of everything. I also love post-production and editing. I love editing and shooting my own work, though me shooting Burning Cane was more out of necessity than it was out of choice. I had planned to work with another DP, a friend of mine, but he was expecting a child so it was clear that he wouldn’t be able to do it and we couldn’t afford to pay him anything. But he gave us all his gear and we shot it. I’ve shot everything I’ve made thus far. Overall, I really do enjoy tackling all those roles.

MM: In the film, Reverend Tillman talks about how you need friends to get through life. Who were some friends or other people who helped you get this film made?

PY: My best friends in the world, Mose Mayer and Ojo Akinlana, were my producers who were on-set and in the grind with me. I couldn’t have done this project without them and all of my friends who filled out the crew. Really, the crew of Burning Cane was made up of friends I would be hanging out with anyway, regardless of whether we were making the film or not. I think that’s what made the atmosphere and the entire story and mission behind the film so fun. In truth, there was no hostility on set, there were no attitudes, everyone was there because they wanted to be there. There was an atmosphere of respect, especially because you can’t bring an attitude on-set when you can’t pay anybody. To me, a hostile environment is really counter-intuitive to what making art should be.

MM: It’s interesting that a lot of your crew is similar in age to you. I was going to ask, what was it like directing a cast that was largely much older than you?

PY: I never really thought about it. There was no hierarchy or talking-down since I do feel like the camera is the great equalizer. We’re all students of the craft, we’re all just trying to make the best work, and I felt like they were very open and completely understanding of taking my direction. So I felt that all of that moved pretty smoothly considering how fast we had to shoot.

MM: How long was the shoot?

PY: Principal photography was 17 days, and then we had four days of pickups later on. Pre-production was five months of trying to raise the money and finalize the script. It was a very quick turnaround. … We knew we had to shoot it then because once school started, breaking it up into weekends would have been unsustainable. We ended up shooting it over the summer between my junior and senior years in high school.

MM: Did your high school help at all? Where did you get the funding and equipment?

PY: The funding came from all of my savings, from the money I had gotten from working, Mose and I did an Indiegogo campaign, and then we got contributions from our families. That was enough to get us through production. In post-production, we got grant support through the advocation of my EP, Benh Zeitlin, and that gave us a cash award alongside final color correction and deliverables through Photo Chem and editing space at Second Line Stages in New Orleans. That helped a lot in the editing process, just having a physical place to go to besides my room or a classroom.

MM: I really enjoyed the music in the film. It all seemed incredibly poignant. How did you pick those songs and how do you see music’s role in the film?

PY: In terms of music that I was listening to, from the inception of making Burning Cane, it was pretty much all rooted in the blues and Southern gospel. All of that, I think, fostered and fit the mood of southeast Louisiana, because I think there’s a real haunting beauty to the entire landscape of where I’m from. So many of those choices were mood-based, setting-based, and part of that was also an organic, difficult-to-articulate feeling of how something fit within the mood and place of whatever particular scene it was found in.

MM: The movie brought you to the Tribeca film festival. What was your experience there?

PY: Tribeca was amazing. Everybody there treated me, my team, my friends, and my family with nothing but respect and love. Winning was something I never could have expected. I felt like we had a good chance going in, but the response to the film and how it’s resonated with people is really beyond me and something I feel nothing but fortunate for.

MM: What advice do you have for other young filmmakers?

PY: The best advice that I could give any other filmmaker, just from looking at what happened with my case, is to really have faith in your individual perspective, and fall into the stories that you can really give an authentic insight on. People are looking for different, nuanced, fresh perspectives, oftentimes about material, topics, and things that haven’t been addressed in quite the same way. I think looking back on yourself and reflecting on what you know and what you grew up in, those always make for the most heartfelt and authentic narratives.

I think that when starting your first feature, just making something that resonates with you personally does so much in terms of getting people to buy in. Because if you believe in it, if you know it, if it’s your roots, then you can speak confidently about it to anybody, whether you’re trying to get someone to buy into the project or talking to people about the project after the fact. I think it’s important that you really really know what you’re talking about. Know the ecosystem and the world you’re setting your story within. MM

Phillip Youmans‘ Burning Cane will be available to stream on Netflix on Wednesday.