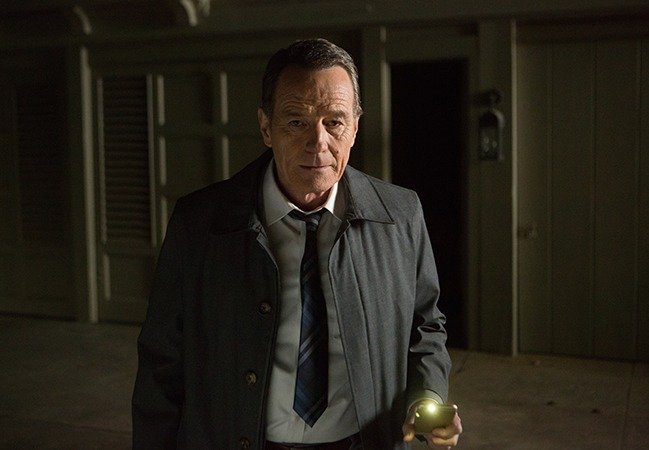 What if you could disappear from your own life, but still, somehow, watch it go on without you?

That’s the premise of the new film, Wakefield, by Robin Swicord, who wrote such screenplays as Memoirs of a Geisha, Little Women and Practical Magic, and directed The Jane Austen Book Club.

The script is an adaptation of a 2008 New Yorker short story by E. L. Doctorow which, in turn, was inspired by an 1835 Nathaniel Hawthorne short story. Academy Award-nominee Bryan Cranston (Trumbo, Breaking Bad) stars as Howard Wakefield, a successful lawyer who comes home from work one evening—but doesn’t really come home. Instead, he spends the night in the attic of his carriage house garage, from where he can see into his house and spy on his wife Diana (Jennifer Garner) and twin daughters. As the days, and eventually months, pass, Wakefield becomes more and more feral, surviving by scavenging like a raccoon in his own family’s trash.

Swicord admits that it’s a strange movie. I spoke with her about the film, the longer road for women filmmakers and finding investors in unorthodox places.

Lauri Donahue, MovieMaker Magazine (MM): I saw your movie last night, and I really liked it—but I’d expected not to. I thought it was such a downer premise—but it was so funny as well. Wakefield is so unlikable and yet so relatable at the same time. There’s that monster in all of us. This is only the second feature you’ve directed, after The Jane Austen Book Club. What makes you decide, “I need to direct this” as opposed to “I want to write this?”

Robin Swicord (RS): First of all, had the world been a different place when I entered the film business, I would have been directing all along.

MM: Does this have to do with being female?

RS: Yes, it has something to do with being female. I made a half-hour short in 1994. I thought that after that, between my screenwriting work—which was well-established by that point—and the short—which was well-received and played at the Aspen Shortsfest as their closing-night selection—now I’ll be able to get directing work. I’ll be able to direct the movies that I write—or at least some of them. And that was not the case until 2006. So it was a 12-year wait.

I thought that after I made The Jane Austen Book Club, I’d be able to direct something else. Now I had a movie that had made money and had been well-received. Given that young men coming out of Sundance who directed a couple of music videos were getting tapped to direct movie franchises, I thought it wasn’t unreasonable that someone as experienced as I was would be able to get another directing job. I spent the next 10 years trying to get my second picture made.

Going back to your question—there are just some things I feel like I’m the right director for, and then there are some projects on which I want to work with a wonderful director.

Robin Swicord and crew on the set of Wakefield

MM: You read the “Wakefield” short story in The New Yorker in 2008. What’s the process by which you brought it to the screen in 2016?

RS: First of all, when I read the short story, I didn’t immediately pursue it. I didn’t get on the phone the next day looking for someone to introduce me to Doctorow. It was something I filed away in my mind: I want to come back to this. A couple of years after I read the story, [agent-turned-producer] Elliot Webb brought me “Wakefield” and another short story by Doctorow called “Assimilation.” He said, “Would you be interested in either of these as a television series?” I immediately recognized “Wakefield” and remembered that I wanted to do it. I said that “Wakefield” was not a TV series—it was a little independent film.

First we had to go and meet Doctorow. I sent him a long email, and we got on the phone and talked through some things. Then I went to New York and had tea with him and his wife Helen, and we just got along like gangbusters. I am a true, dyed-in-the-wool Doctorow fan, and there’s nothing more seductive than someone who reads you deeply and loves your work.

There was no money that changed hands yet—he deferred compensation until we were nearing production. He knew I needed to run with it; I needed to find partners to finance the film, and to produce it, and in order to get that I had to get a cast. It took about four years from the time I first met with Doctorow to us being in production. I had to be patient while my producers did their due diligence. Even after Bryan Cranston committed, we knew we didn’t quite have enough money to shoot the movie the way we were planning to. But then his star began to rise. Breaking Bad got released overseas and his international value became greater. He was nominated for a Best Actor Oscar for Trumbo, and then it got to be a little bit easier to interest private equity and finance the film.

MM: So much of the language you use is the language of business. It’s about due diligence, it’s about Bryan Cranston’s value rising in the market. It’s about putting together these assets to create an investment.

MM: You’ve said the film was funded by “Broadway angels” (i.e., investors who usually back Broadway shows). How did that come about?

RS: When I met Bryan Cranston he was in a Broadway show called All the Way, where he played the character of Lyndon B. Johnson. He was strikingly memorable in that role.

I met him for tea, between shows. His agents had read the script and passed it along to him. He had a huge stack of scripts, as you might imagine, by the side of his bed. But he kept returning to this one. There was something about the role that spoke to him. He had been abandoned as a child by his father. It was a chance for him to stop running away from that and really look at it. So he had a personal reason for wanting to do the movie.

Bryan is really brave. Taking on LBJ when he had never been on Broadway—or really done much theater acting since he was a young man—was a brave thing. He’s a risk-taker. He’s a wonderful father and a committed husband. I think that he was ready finally to go and look at what it was like from the other side. “What would make a man leave?”

MM: And the investors…?

RS: When we started raising money, the producers were in charge of that. I was in charge of getting it down to 20 shooting days, hiring all my crew and so forth. The producers went to a lot of their regular people, and it was kind of scary, I think, for some investors to imagine investing in something where we only really had one name star. What if something happened? What if there was a sex scandal, and he was the only guy?

It turned out that my producers knew the investors in All the Way, and the investors knew Bryan Cranston. They knew his character; they’d spent time with him, and they weren’t nervous. In nine weeks, the producers pulled together the financing from people they knew who would normally invest in Broadway shows.

MM: Can you say what the budget is?

RS: I’m not allowed to say what it is, but it’s well under $5 million.

MM: And what were your overall distribution goals?

RS: It’s the same process that any film goes through when you’ve had private equity financing. You go to festivals, and we were lucky enough to get into Telluride and Toronto. Telluride is not a market, but it’s a good place for people to start seeing your film, thinking about it and talking about it. In Toronto we did attract people who were interested in distributing the film.

MM: Any final words of advice for indie filmmakers?

RS: Don’t be afraid if you don’t have any money. Just go ahead. You just have to be brave and march into it. MM

Lauri Donahue is an award-winning screenwriter and script consultant (lauridonahue.com).

A Different Way of Doing Things: Orthodox Moviemaker Rama Burshtein on Her Hasidic Rom-Com The Wedding Plan
Persistence Pays Off: Alien: Covenant‘s Katherine Waterston is Finally Ready For Her Close-Up