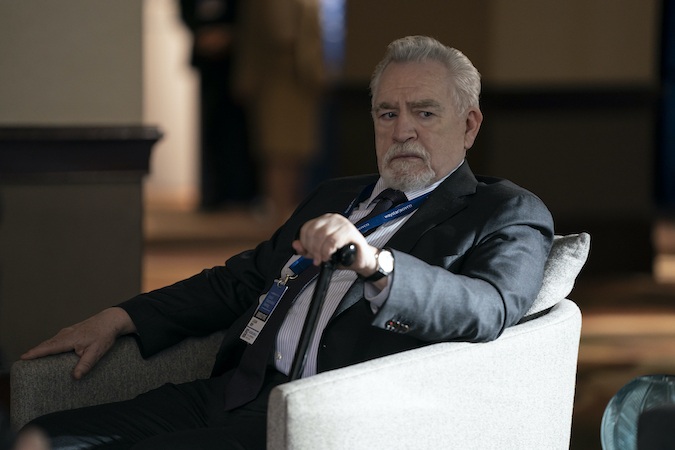 Succession star Brian Cox is set for his directorial debut; Licorice Pizza reviews are beginning to roll in; Developments in the Lady Gaga House of Gucci Italian accent story. All in today’s Movie News Rundown.

Strike Avoided: IATSE members voted to ratify their new contract and Variety has the details which show razor-thin margins on each of the individual agreements.

House of Different Dialects: Last week we covered how Lady Gaga stayed in her accent throughout the long House of Gucci production of nine months. Now, The Daily Beast speaks with actor and dialogue coach Francesca De Martini about her opinion on that accent, along with Al Pacino’s and Adam Driver’s. De Martini was brought on the production to assist House of Gucci star Salma Hayek with her southern Italian accent.

“I Feel Bad Saying This”: is a great way to begin any statement… if you like losing friends, but De Martini isn’t here to make friends.

The Full Quote: “I feel bad saying this, but her accent is not exactly an Italian accent, it sounds more Russian,” De Martini laughs.

Vindicated! Knowing nothing of the story, when I first saw the House of Gucci trailer, my reaction was that Lady Gaga’s character is no doubt a Russian infiltrating this storied Italian family. When my friends informed me she was definitely Italian in the narrative, I thought perhaps I had been listening to too much Red Scare podcast, causing me to hear vague Eastern European accents where they do not exist.

It’s Brian Cox’s World: With a juicy memoir headed for publication in January and a weekly slot as patriarch Logan Roy on season 3 of HBO’s Succession, Scottish actor Brian Cox is having quite a season. Now he’s slated to make his directorial debut with Glenrothan. “The film is described as a ‘love letter’ to Cox’s native Scotland and set against the backdrop of a thriving whisky distillery town in the Highlands,” reports The Hollywood Reporter.

Embargo Lifted: Reviews for Paul Thomas Anderson’s Licorice Pizza began to roll in yesterday, and they’re overwhelmingly positive. Seriously, it has a 100 percent on Rotten Tomatoes out of a small sample of 15 reviews and a 95 rating on Metacritic. Here’s a roundup of what some top critics are saying:

“A Lightness of Touch”: “At its best, Licorice Pizza demonstrates a lightness of touch that hasn’t been so evident in Anderson’s work since Boogie Nights, nowhere more so than in the fabulously lived-in scenes with Alana and her family, played to considerable amusement by Haim’s actual sisters and parents,” David Rooney writes over at The Hollywood Reporter.

“Once Upon a Time in North Hollywood”: Variety’s Peter Debruge gets credit for that playful comp to Quentin Tarantino’s ode to Hollywood from the same era. “Licorice Pizza delivers a piping-hot, jumbo slice-of-life look at how it felt to grow up on the fringes of the film industry circa 1973, as seen through the eyes of an ambitious former child actor plotting how to follow up his early screen career,” Debruge also writes.

The Camerawork: Paul Thomas Anderson was the cinematographer on his last film, 2017’s Phantom Thread, and he shares co-DP duties with Michael Bauman here. “The camera in Licorice Pizza is an extension of the characters in front of it and the movie they’re pin-balling across: It’s not always sure where it’s going, but it’s hellbent on getting there without stopping, and enraptured by what it might find along the way,” writes Indiewire’s David Ehrlich.

Rocker Alana Haim as Alana Kane: “Dark-haired and gimlet-eyed, with a natural warmth and wit that can quickly flare into indignation, she’s the star of this boisterous, bighearted movie and its raison d’être,” Justin Chang writes over at the LA Times.

My Short Take: Licorice Pizza feels more Inherent Vice than Boogie Nights, and it’s all the better for it. It’s zany, heartfelt, and juvenile at times, and I loved every second of it. The comedy and setup can be straightforward like the studio comedy that it is, but at no point does it feel anything other than a purely PTA-movie. I am especially fond of how strange the closeups can play in a way that is so distinctly Paul Thomas Anderson.

How’s the Soundtrack?: Superb. The Vinyl Factory has the track listing and info on where to pre-order. 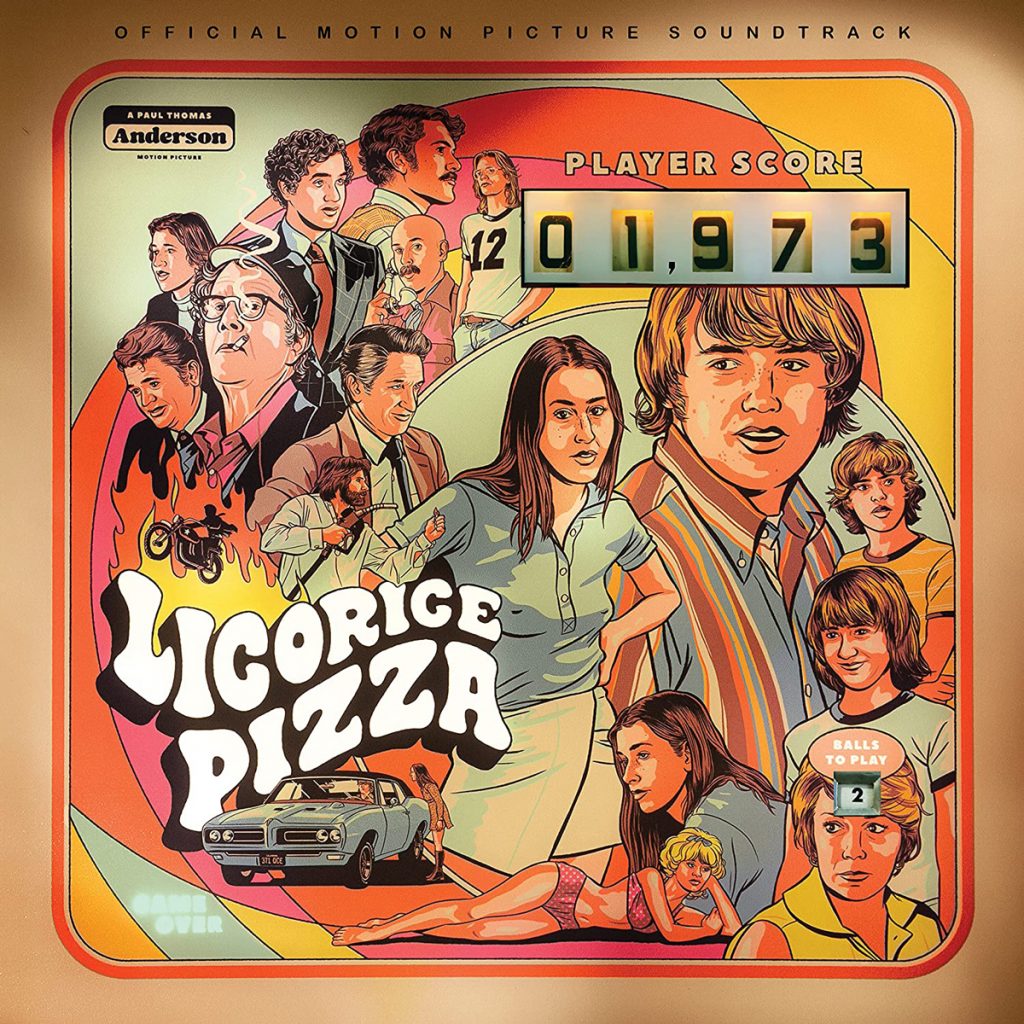 The cover of the Licorice Pizza soundtrack vinyl, available for pre-order now.