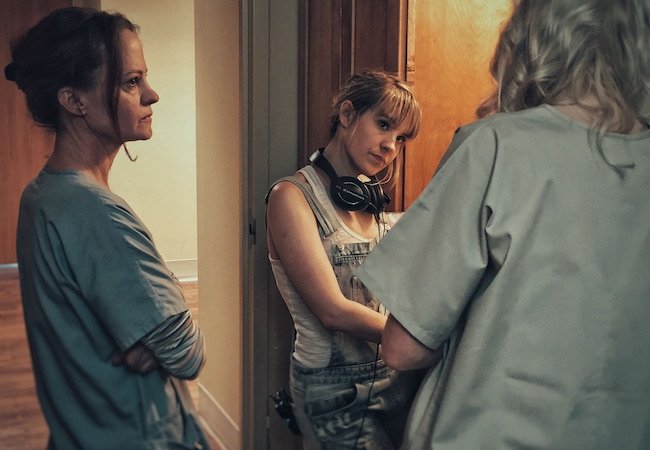 12 Hour Shift writer-director Brea Grant set her horror comedy in the late ’90s because she wanted to portray a time when people spoke their minds a little more — and were more susceptible to urban legends.

The film follows a gruff Arkansas nurse named Mandy (Angela Bettis) with a tidy side hustle as an organ harvester. But one night, things start to go wrong, cops start sniffing around, and loyalties are tested. Y2K lurks in the near future.

“It was originally set in East Texas because I wanted to write something about where I was from, and the sort of weird time that is the ’90s, that’s full of these kind of broad, interesting characters, these kind of crass people, but also just an interesting moment in time because it’s a mixture of Y2K, and the beginning of the opioid epidemic,” Grant says in the latest MovieMaker Interviews podcast, which you can listen to on on Apple or Spotify or above.

The Internet did two things, soon after the ’90s — it led us all to be more careful about what we said and did, since cell phones and social media were always watching. And it gave us a way to instantly fact-check urban legends, which all but eliminated them.

One of the most repeated of the ’90s urban legends, though, involved a missing kidney and an icy tub.

“I wanted to sort of comment on the kidney urban legends,” she says. “You know, this one where you wake up in the bathtub — you or anyone wakes up in a bathtub — and they’re missing a kidney, and there’s a sign on the wall that says ‘Go to the hospital immediately.'”

12 Hour Shift, she explains “is sort of my answer to where that kidney went and why. And I tried to sprinkle in urban legends along the way, including y2k, which I think is almost now an urban legend at this point.”

Grant talks about her entire filmmaking career in this episode, which started when she earned a Master’s degree in American Studies at the University of Texas at Austin and moved West.

“I moved to Los Angeles in 2006. And waited tables. I did script coverage for CAA. I did a bunch of those very L.A. sort of jobs. And I had started sort of acting while I still lived in Texas, and I knew a casting director out in Austin. She had auditioned me for the pilot of Friday Night Lights, and then kept bringing me back for roles on Friday Night Lights, because she knew me. And I would fly myself out there and pretend to be a local, even though I was living in Los Angeles, and eventually booked one.” 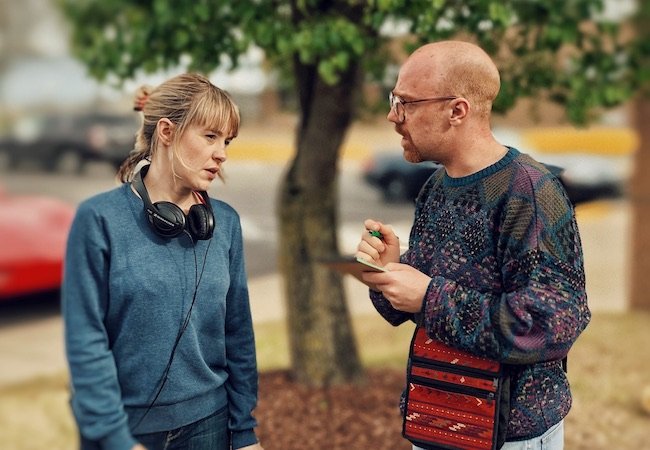 Friday Night Lights, she said, “really changed my life.” The same year she got her first Friday Night Lights credit, 2008, she also landed nearly a dozen other roles, including on Heroes, where she played super speeder Daphne Millbrook.

In the following decade, she moved into writing and directing — first in comic books, and then in films. This year is like 2008 for Grant in that she has another slew of big projects all at once, including 12 Hour Shift, which has earned warm reviews for its mix of grit and deadpan humor since its debut last month at the Fantasia film festival.

The film shot at a real Arkansas hospital, and at one point Grant wondered if her nurse characters were too blunt and cynical. Sometimes real nurses would come down to watch them film.

“There was one time I was talking to one, and it was a scene where Mandy was being really crass or saying something really, really short — being really short with somebody. And I was like, ‘Am I being too rough? Like, is this too harsh?’ And she looked at me, she said, ‘Oh, no. It ain’t harsh enough.'”

12 Hour Shift, written and directed by Brea Grant, is now available on demand.