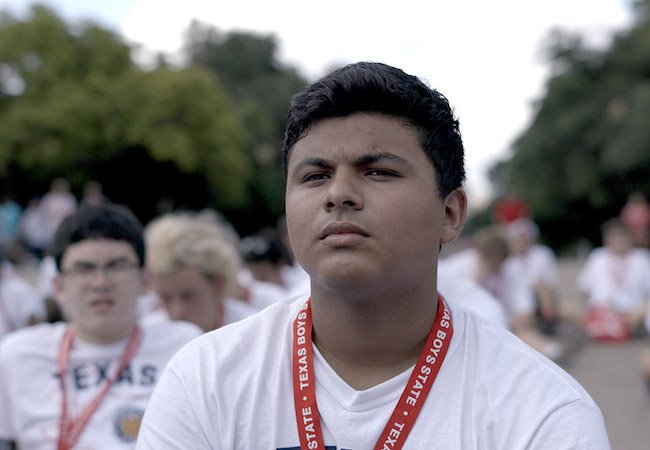 Boys State, the new Apple TV+ documentary, follows a group of boys who travel each year to a mock government program in Texas. It follows four boys who run for Boys State governor, and the race comes to resemble real-life politics thanks to dubious internet memes, boys taking public positions they don’t believe in, and even impeachment threats.

The film by Amanda McBaine and Jesse Moss won Sundance’s Grand Jury Prize in the documentary category, and it’s easy to see why: It’s a riveting look at whether political opportunism is a learned behavior, or built into the process of governing.

But it also offers a close-up look at the next generation of conservatives. The American Legion, a nonprofit group made up of American war veterans, is the fairly conservative group that supports Boys State programs nationwide. Republican graduates include former Arkansas Gov. Mike Huckabee and Sen. Tom Cotton. Democratic graduates include Sen. Cory Booker.

Most of the 1,000 boys who take part in Texas lean decidedly to the right, and the Boys State attendees treat this as a given: A charismatic candidate for governor named Rob admits in the film that he is pro-choice, but pretends to be pro-life to increase his chances of winning.

In the latest MovieMaker Interviews podcast, McBaine and Moss tell guest host Eric Steuer about some of the most surprising things they learned about conservative teenage boys — including that many don’t identify with the Republican or Democratic parties, and that their views are more diverse than you might expect.

You can listen to the full interview on Apple or Spotify or here:

“I was surprised at how many kids self-identified as libertarian and didn’t want anything to do with one or the other party, and really felt like they they had an à la carte approach and they wanted to take pieces of this and that, and felt pretty strongly about that. So that was one thing,” McBaine says.

She noted that there was a “running of the bulls” moment of “alpha males trampling everyone else” as they to try to get signatures to qualify to run for office.

“But then, you know, hour by hour, something new and surprising to me is you see this fuller spectrum of masculinity on display, not just because the people are all different, but also what works in that space in terms of summoning organization, or inspiring who gets the power, who keeps power and why. I just was surprised by how powerful empathic leadership was in that space of conservative white males.”

The boys were also more open-minded than the filmmakers anticipated. Moss noted that one boy who keeps a Ronald Reagan doll on his shelf revealed that he had changed his position on organized labor, for example.

“People are always much more complicated than they appear to be on the surface,” he said. “You see kind of performative conservatism and performative masculinity.”

The filmmakers also talk this episode about their plans for Girls State, a follow-up to Boys State, and how Son of Saul and Richard Linklater’s films influenced Boys State.

Meet Safin, the No Time to Die Bond Villain in a Porcelain-Looking Mask
The Father: Anthony Hopkins Stuns in a Crackling Story of Dementia