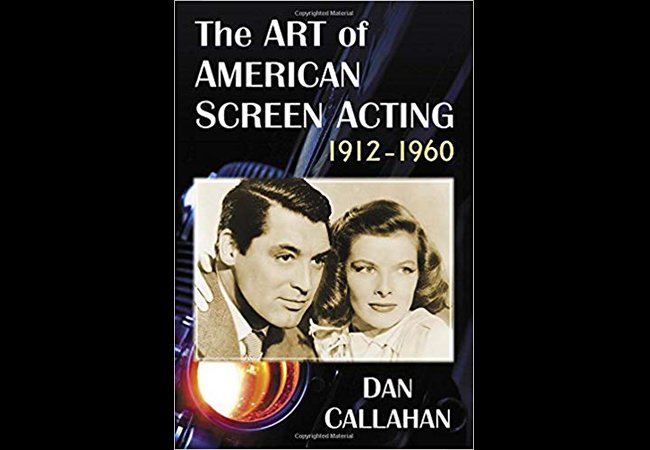 With biographies, documentaries, and podcasts telling the stories of Greta Garbo, James Cagney, and other classic film stars, some have wondered: Why pick up another book about them?

As appreciation for classic film grows, often the consensus is that “old acting” was absurd. Once Marlon Brando’s arrival sparked a thirst for realism, to some, he made the work of his predecessors seem lesser than. Callahan could not stand that narrative, so he documented the work of those supposedly lesser-than stars with two cocked fists. The Art of American Screen Acting, 1912-1960 sounds like a textbook, but within is a passionate, sometimes conflicted, defense of early American screen acting.

Each chapter is dedicated to an actor, starting with silent film star Lillian Gish and closing with Brando protegé James Dean. Callahan finds the book’s pulse in his conflicted defense of pre-Brando actors—often demonstrating the worth of said actors by highlighting performances he says are as vulnerable as Brando’s. The Art of American Screen Acting starts by revering stars of old for their disinterest in realism, yet argues for their greatness by hailing their realism in their most memorable star turns.

The book also dips into many genres. Tidbits on Katharine Hepburn’s ambiguous sexuality or Cary Grant’s asylum- committed mother will satisfy You Must Remember This fans. For those in search of prose, Callahan’s writing matches the energy of his subject; one sentence that compares Cagney’s acting to that of a man “searching for a life jacket on a stormy sea,” electrifies as much as a Cagney performance.

The Art of American Screen Acting ends with a slight indictment of James Dean: He was as seductive as classic film stars, the book says, but selfish. Actors like Ingrid Bergman and Marlene Dietrich were theatrical because they needed to communicate, while Brando and Dean, concerned with parsing on-screen neuroses, focus on the internal. The book lays out evidence with as little bias as possible, so readers can decide which era they prefer. Even if one chooses the post-Brando era, any belief that pre-Brando acting is “lesser than” will be gone by the final page.

The book serves as a collection of ideas on finding one’s voice, and demonstrates why letting that voice inform the technical side of your craft is crucial. MM