Harmony Korine’s first monograph reads like a grand montage of a primed spirit. To date, he has created art of several mediums for renowned galleries, published fiction books, attempted a tap-dance revolution, written and directed films and music videos, and recorded banjo music—all with an unflappable belief in a “unified aesthetic.”

In 192 pages, his output reads as a materialization of trust, his faith anchored in pure instinct and expression. The absence of self-constraint lies in Korine’s “Mistakist” art, where typos, misinterpretation, and lack of instruction transform into a modern-day romanticism born from his grandmother’s basement. Don’t think, plan, or worry too much. 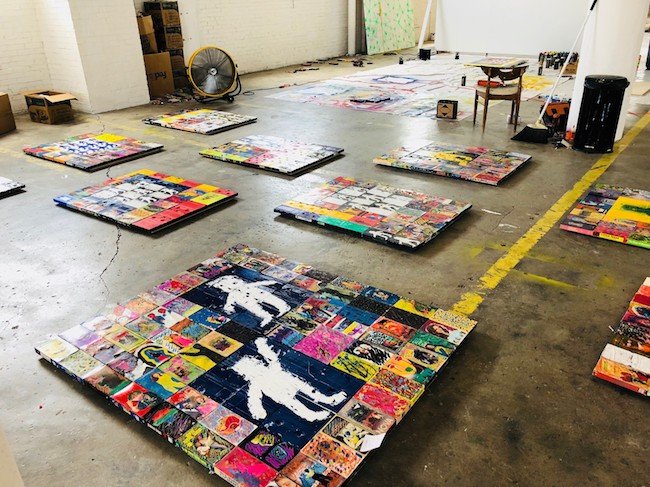 Through stirring texts and imagery, the eponymous catalogue commemorates his art and film retrospective at the Centre Pompidou in Paris, tracing Korine’s influences and his ability to fly beyond them. The culture of the south, African-American art, Buster Keaton, and the photography of Ralph Eugene Meatyard greet him down the hallucinatory path of his own personal myths.

Followers of Korine’s filmography will see the development of his junkyard iconography through vivid stills, character descriptions for Kids, prototypes for Trash Humpers, and wardrobe polaroids of Solomon and the child-rabbit from Gummo. His uninhibited association of ideas is mapped out in excerpts of the unorthodox script for Julien-donkey boy, stories from high school, early sketch notes, and his acceptance letter to dogme95. The paintings, video installations, sculptures, and photographs are a tremor of tones and surfaces that answer to an ethos demanding its own release. Harmony Korine has and always will be the master of intuition by eschewing mastery itself. He writes, “i need to go where i am most useful!” Let’s take note. MM

A version of this article appears in MovieMaker’s Fall 2019 Complete Guide to Making Movies issue, on newsstands October 30, 2018. BLOCKBUSTER, the latest exhibition by Korine, runs from September 11 to October 20, 2018 at Gagosian New York on Madison Avenue.