Preparing My Dinner with André: Exclusive Excerpt from This Is Not My Memoir by André Gregory 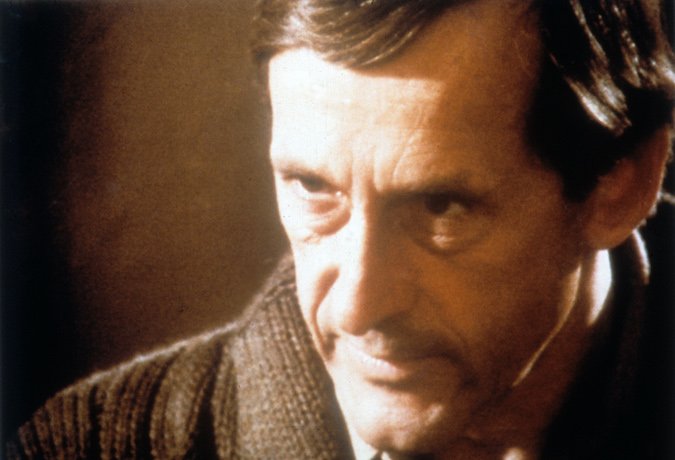 My Dinner with André famously consists almost solely of a philosophical conversation over dinner between two longtime friends and unknowns at the time: film and theater actor Wallace Shawn and actor and theater director André Gregory. Since its premiere at the 1981 Telluride Film Festival, Shawn and Gregory have maintained that the versions of themselves in the film are strictly fictional, although elements of their actual experiences and personal lives do make their way into their winding conversation. This exclusive excerpt from Gregory’s forthcoming memoir, This Is Not My Memoir, recounts how famed French director Louis Malle joined on as director, the endless hours of excruciating memorization Gregory endured, and the nigh impossible path to funding. —MM

WALLY CALLED ME and said something like, “Listen, I know what you’re going through, and when I’m your age I don’t want to go through it myself. So in order for me to prevent that, what do you think of the two of us sitting together, you telling me your stories, and out of that we might create a talking heads TV show?” Not an earth-shattering idea, but okay. Sure, why not? And so we sat in a tiny classroom in New York and talked. We recorded these talks on tape. We began each day with a story of mine. They weren’t all about eating sand in the Sahara with a Buddhist monk or being buried alive. Just stories. About anything at all.

The stories would become conversation. About anything at all.

We talked and talked. It was fun. It was fun to be with Wally. It was a relief to do something. And it was great not to be alone. It went on this way for months. We discussed almost everything.

WALLY TOOK THE COUNTLESS HOURS of transcript and reduced it to a script. Even so, Wally had written one of the longest screenplays ever, with a role for André that would become, I believe, the longest speaking role in the history of film.

AS IF ANYONE IN THE WORLD would want to direct a movie written by and starring two unknowns, who sit at a table for hours and do nothing but talk, we set out to determine the perfect director for My Dinner with André (a title so mundane that I wanted to change it). Bergman would be good, we thought, if only he had a sense of humor. Richard Avedon might be interesting, if only he were a director and not a photographer. Eric Rohmer? Not profound enough. We considered nearly every movie director alive to shoot our “masterpiece.” But even if someone would agree to direct this lunatic project, who in the world would want to see it, except for a handful of friends and loved ones?

ONE DAY MY FRIEND Diana Michener came over for tea. Diana, a fine photographer, told me she was shooting a series on death. I said something like: “Wanna see death? I can show you death.” I put on a suit Pierre Cardin had given me when Alice opened at his Paris theater.

I always thought it made me look like a vampire. “Oh my god,” she said. “You do look like death. May I shoot you in that suit?” “Sure. Why not?” 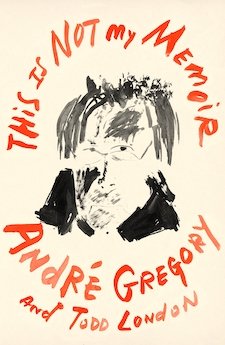 In This Is Not My Memoir, André Gregory chronicles the conception of My Dinner with André among other stories.

We shot the pictures in her studio. We planned to go to dinner afterward, and Wally, also a good friend of hers, came by to pick us up. He carried our “masterpiece” under his arm. An admirer of Wally’s plays, Diana asked to read the screenplay. “Sure. Why not?”

A COUPLE NIGHTS LATER I got a call from a man with an odd French accent. He claimed to be Louis Malle. He had just finished our script and sounded as if he were in tears. “If you don’t want me to direct it,” he said, “I would love to produce it. The only thing . . . I beg you . . . no flashbacks. It must stay as it is.” Was it a hoax? No, it wasn’t. We not only had our director; we had one of the finest in the world.

AT THE END of our first evening together, Louis looked at me sharply. “If we do this, André,” he said, “it’ll be the most difficult thing you have ever done.” And how right he was.

First, I had to memorize hundreds of pages of dialogue. I would learn fifteen pages and try for another two. But as I learned the new pages, three others would slip away. This went on for nine months. Sometimes, worried awake, I would get out of bed, make coffee, and go back to memorizing. I practiced everywhere — on the subway, in Colorado, where I went to lead a workshop, on a two-week holiday with Chiquita in Mexico. It spoiled her vacation. If I stopped for even a day, I would begin to forget.

THERE WAS ALSO THE ISSUE of money. We had to raise a hell of a lot of it to make this work. Everyone we approached thought we were nuts. A good friend who had invested in many of my productions over the years reprimanded me: “You know what? I’m deeply hurt. I’ve helped you for years, and now you’re asking me to put money in something that will not only lose all its money but is silly and stupid. You should be ashamed of yourselves.” I asked an old friend who headed the National Endowment for the Arts for a small grant to cover the costs of videotaping rehearsals to plan camera angles ahead of time (we would never be able to afford a long film shoot). We met at her home, and I described the project. When I finished she said, “I haven’t understood a single word. I don’t know what the hell you think you are doing. I’ve helped you in the past, but I’m certainly not going to help you with this bullshit.”

Louis had always raised money through the usual movie channels, which were closed to us with a small, strange project like this. He kindly joined Wally and me when we made our pitch to the wealthy. For him — for all of us — it was a humiliating experience.

LOUIS TAUGHT ME how to act for film. He gave me one direction: Speak faster. Was he demanding that because I was so boring? No, I was used to theater acting, he told me, and this had to be film acting. (This was the same direction John Huston gave to his father, Walter Huston, also a theater actor, in their film The Treasure of the Sierra Madre, and it won Walter an Oscar.) The role was already there — in my eyes — Louis explained. I’d done so much rehearsing, I didn’t have to “act” or “perform.” The camera sees everything. Talking fast would take my mind off acting. It would help me create “André,” a character who is driven, obsessed, and narcissistic, who delights in the sound of his own voice.

Own Your IP: How Codie Elaine and Tommy Oliver Made Black Love, and Kept 100 Percent Ownership
Queen’s Gambit: How Accurate Is Its Portrayal of Child Prodigies?