‘You’re Not the King of Dirk’: Boogie Nights and The Promise of Paul Thomas Anderson (Book Excerpt) 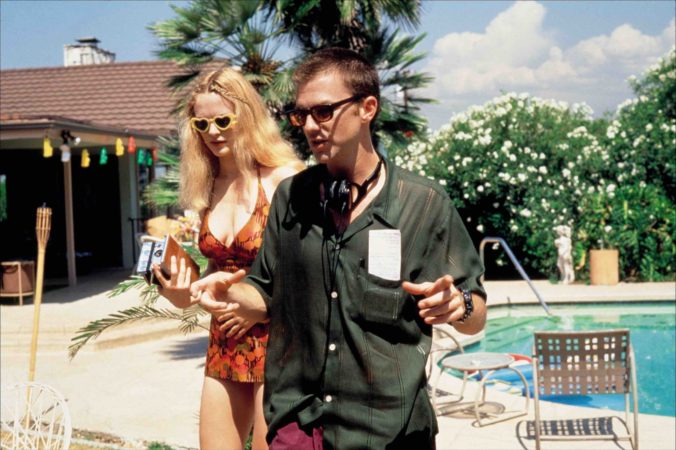 In his next film, Paul Thomas Anderson will return to the 1970s San Fernando Valley setting of his 1997 breakthrough, Boogie Nights. After a frustrating rollout for his debut, Hard Eight, Anderson had a lot to prove, as Adam Nayman writes in his new retrospective Paul Thomas Anderson: Masterworks. Here is an exclusive excerpt.

Fringed by mountains on all sides, the San Fernando Valley runs directly adjacent to Hollywood without officially being part of it. Its semi-tropical horizontal sprawl is fully visible from the long and winding Mulholland Drive — an appropriately downcast glance along a distinctly slippery slope of aspirations. Historically, the Valley is where movies too dirty for the light of day are made: the migration of the porn industry to Los Angeles in the wake of Hugh Hefner’s innovations (and the erection of the Playboy Mansion in the Hollywood Hills) turned the suburb into a funnel for talent on both sides of the camera. Jack Horner (Burt Reynolds) is a bit of a Hefner manqué, one whose eye for talent comes with a well-rehearsed gift for flattery. “A seventeen-year-old piece of gold,” is his assessment of Eddie Adams (Mark Wahlberg), who buses to his dishwashing job at the Hot Traxx Disco in Reseda from not-so-nearby Torrance. It’s an arduous commute for a crappy gig. “Can’t you get a job like this in Torrance?” Jack asks coyly, because he knows the answer. He can tell at a glance that Eddie wants to be where the action is. And in Reseda, he’s close enough.

That the name in lights is not actually his own is in keeping with the vicissitudes of showbiz. No sooner has Eddie been plucked out of obscurity than he’s rebranded himself as “Dirk Diggler,” an alliterative and allusive nom de plume riffing on the promise and prominence of his dick. The name is a joke and a boast, and also a carryover from Paul Thomas Anderson’s 1988 mockumentary “The Dirk Diggler Story,” an assured short made when the director was seventeen. The rough-hewn mockumentary style is borrowed from This Is Spinal Tap (1984); its well-endowed protagonist is based on the adult film star John Holmes, as depicted in the 1981 profile Exhausted. The relationship between these two films has been well-documented over the years in stories about Anderson’s creative evolution, with the latter easily understood as a remake-cum-expansion of its amateurish inspiration; it’s telling that in both versions of the story, the lead’s given surname is “Adams.” The suggestion is one of absolute, biblical innocence corrupted. “All I ever wanted was a cool ’78 ’Vette and a house in the country” sighs the original Diggler (played by Anderson’s friend Matt Stein), a line that splits the difference between giggly irony and genuine pathos when it’s revealed that it’s been attributed posthumously.

It’s hard to know what to make of the idea that a homemade thirty-two-minute pisstake written and directed while Anderson was a high school senior is ultimately more realistic (or at least fatalistic) about the fate of its protagonist than the two-and-a-half hour, Oscar-nominated epic that it begat. The frustration of Boogie Nights is that it tries to have it both ways: to be trenchant and sentimental about an era and an industry that were both hugely formative for its creator while lying just outside his lived experience, conflating history and fantasy under the sign of re-creation. The common auteur-biographical interpretation of Boogie Nights is that it uses Eddie/Dirk as a stand-in for, if not Anderson himself (the director would have been seven when the story begins in 1977), then his artistic potency. This reading contextualizes the film’s assertive technique as well as its relatively upbeat ending, which finds Dirk living in the country (chez Jack Horner), and still in possession of a ’78 ’Vette which, despite getting shot up during a botched drug deal, remains mostly intact. The hero is humbled in a strictly productive sense, and, crucially, eludes any sort of definitive literal or figurative emasculation. Eddie/Dirk is photographed full-frontal in the final shot to show that his penis (massive even only at half-mast) is still healthy enough to wield with impunity. Coming at the end of a movie whose aesthetic is defined simultaneously by size, rhythm, and duration — beyond-the- frame production design; excitably accelerated montage; elongated tracking shots calling attention to their own athletic stamina — the image seems coded as triumphant as well as promissory, as if Anderson were slyly advocating on his own behalf. It’s an ending that suggests he’s only just begun. 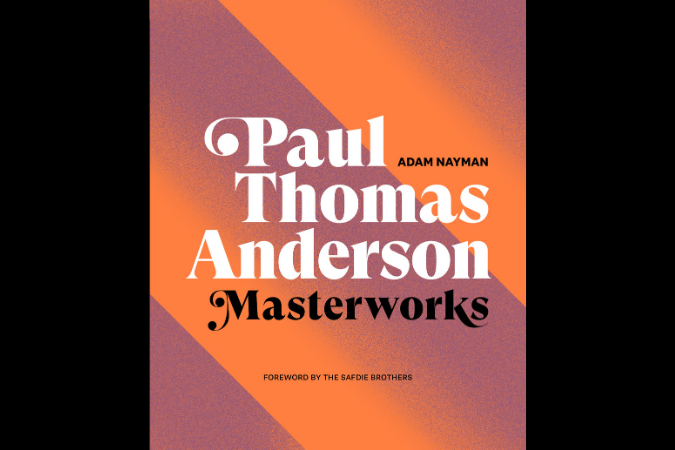 Although not a debut feature, Boogie Nights was received with the language of discovery when it premiered in September 1997 at the Toronto International Film Festival. “I have seen the new Quentin Tarantino, and his name is Paul Thomas Anderson,” wrote Entertainment Weekly’s Owen Gleiberman in a breathless dispatch modeled on Rolling Stone writer Jon Landau’s review of a 1974 Bruce Springsteen concert: “Tonight, I saw rock ’n’ roll’s future and its name is Bruce Springsteen.”

In both cases, the artist in question was slightly more established than the rhetoric being used to herald them could admit: By 1974, Springsteen had already released the critically acclaimed (though initially low- selling) LP Greetings From Asbury Park, NJ while Anderson’s resume circa 1997 included the well-received crime drama Hard Eight. What Gleiberman was getting at was that Boogie Nights, like Pulp Fiction before it, had the potential to make its director a household name, and also to parlay a set of risque, explicit and even taboo elements into critical and box-office success.

The relatively generous $15 million budget bestowed by New Line Studios was a direct response to the success of Pulp Fiction. Executive Mike De Luca was still stinging from having passed on Tarantino’s debut feature Reservoir Dogs, and looking to develop a movie with a similarly high-end return on investment. Jason Sperb writes that De Luca “was intrigued by the prospects of another hip, pop-song-driven retro film … like Pulp Fiction, Boogie Nights had the potential to make profits on soundtrack sales alone.” In a post-Tarantino moment when the existence of a thriving, viable American independent cinema seemed more possible than at any time since the 1970s, and the cult of auteurism had been resurrected — with Hard Eight cited as a flashpoint — a filmmaker with ambition was a valuable commodity. Anderson’s clashes with independent distributor Rysher over the editing and release of Hard Eight saw him labeled in the press as an enfant terrible; now they could be spun as a display of heroic principle rather than hubris.

The risks for an American movie using sex as its primary subject and texture were very real in 1997. Two years earlier, Paul Verhoeven’s Showgirls (1995) had joined the ranks of Heaven’s Gate (1980) and Ishtar (1987) as a canonical flop, effectively dissolving the cycle of profitable Hollywood eroticism sparked a decade earlier by Fatal Attraction (1987). Showgirls’ failure stemmed in part from Verhoeven’s insistence on an NC-17 rating, and Anderson’s original cut of Boogie Nights would have probably secured a similarly scarlet letter from the censors (he wisely gave himself enough wiggle room to negotiate an R-rating while letting the MPAA feel it had done its due diligence). What eventually boosted Boogie Nights’ box office even more than the wave of admiring reviews or the hype over Anderson was how it seemed to be directly commenting on the climate of Puritan paranoia around the Bill Clinton-Monica Lewinsky sex scandal — not condoning or condemning, but instead offering a vicarious escape into an earlier era where judgment could be more easily suspended. The film’s nostalgia was not only supremely marketable, but also a source of reassurance. No less than the biblical epics of the 1950s, with their harems of loose women and prop-department golden calves collapsing the gulf between Hollywood and Babylon, Boogie Nights’ fixation on the 1970s as an idea, as well as a setting, subsumed contemporary titillation into the anachronistic trappings of a period piece.

For Anderson, Boogie Nights’ setting and subject matter were a matter of personal history. He grew up in the San Fernando Valley surrounded by porn shoots, and wrote “The Dirk Diggler Story” as an homage to his father’s extensive home-video collection (of which he displayed encyclopedic recall). When queried, Anderson expressed an unironic and unapologetic love for adult films, copping in particular to a fondness for the indefatigable, tragic Holmes, whose death from AIDS is alluded to in “The Dirk Diggler Story” but oddly omitted from Boogie Nights. The film pays no attention to the disease despite covering the period associated with its inception, an omission that undermines its attempts to fully evoke the era and its anxieties, consequences and casualties and indicates a timorousness at odds with the movie’s overt boldness — a sanitizing impulse.

Continue for more of our exclusive excerpt of Paul Thomas Anderson: Masterworks by Adam Nayman

When SuperUser Do Lost Our Main Location, We Made Do
How Chris Watts Defenders Make Money From Shanann Watts and Her Children’s Deaths