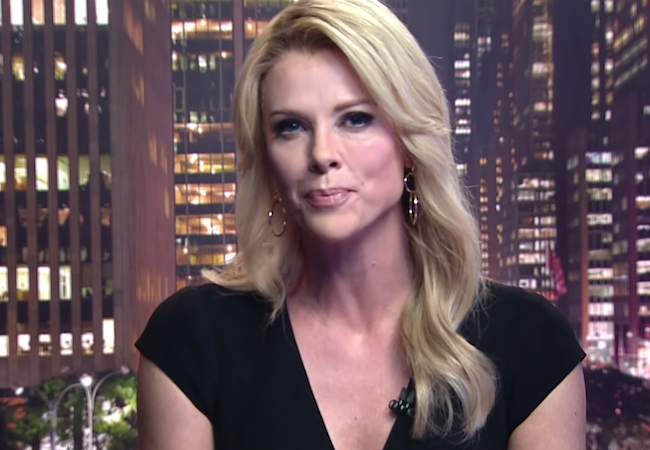 Bombshell was originally titled Lucite Desk, a reference to a type of furniture that symbolized Fox News chief Roger Ailes objectification of his female hosts.

A lucite desk is clear, which allowed Fox News viewers to stare at the legs of on-air personalities as they delivered their brand of news and commentary. Lucite served another purpose, as well, set decorator Ellen Brill said at a recent AFI Fest panel for Bombshell.

“The working title of the film was Lucite Desk,” she said. “Doing the research, there were these kind of lucite boxes that they put the girls’ feet up on under the desks, to get their knees up higher. There was a lot of creepy stuff doing on.”

The real Ailes died in 2017, but he made no secret of his desire for viewers to gawk at the women of Fox News. Gabriel Sherman’s book The Loudest Voice in the Room includes an anecdote about Ailes once calling the control booth to complain, “Move that damn laptop, I can’t see her legs!”

Brill said the moviemakers enlisted a Fox News mole who remembered details about the Fox News offices at the time Bombshell takes place. Bombshell screenwriter Charles Randolph said on the recent MovieMaker Interview podcast that they even looked at photos on foot fetish websites—not to see Fox News women’s feet, but to see the offices in the background.

And, of course, Brill and others could pick up details from actually watching old video of the network. But she didn’t always listen to the commentary.

“There’s a lot you can find on Fox News—without the sound,” she joked.

You can listen to our latest MovieMaker Interviews podcast, featuring Margot Robbie and Charles Randolph, below:

14:34: Could Charles Randolph have written Bombshell when Roger Ailes was still alive?

Bombshell, directed by Jay Roach, is in theaters Friday.

Clemency Star Alfre Woodard on Her Death Row Research (Podcast)
The Joker Script Is Here, and It Breaks a Rule