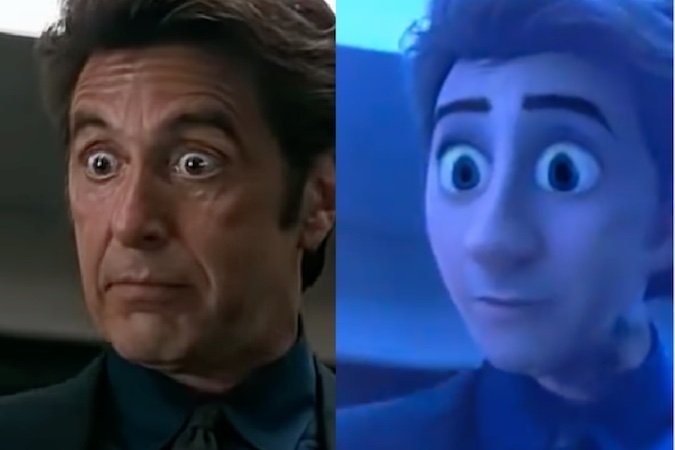 Scarlett Johansson on Black Widow’s “sexualized” debut and how she’s changed; if Pixar had made Michael Mann’s Heat; Peter Jackson’s new Beatles doc will air over six hours this Thanksgiving.

But First: The Suicide Squad and Guardians of the Galaxy director James Gunn would like actors to please stop lying about how tall they are.

Let Me Save You a Google: He’s six feet tall. Also, we have a big interview with Gunn coming up in our next issue that we’re excited about.

Get Back, Loretta: Disney+ will finally present Peter Jackson’s The Beatles: Get Back, in three parts over the Thanksgiving holidays. The film, compiled from footage from Michael Lindsay-Hogg’s 1970 documentary Let It Be, will air three episodes of about two hours each on November 25, 26, and 27. Here is some more background on the project and the volatile period for The Beatles in which it when it was shot. For our younger readers, “The Beatles” were like a K-Pop group we stan, except British.

Black Widow: In response to a question from Hello Beautiful writer Sade Spence during a Q&A to promote Black Widow, Scarlett Johansson talked about the early “hyper-sexualization” of her character when she was introduced in 2010’s Iron Man 2, and how she’s evolved: “You look back at Iron Man 2 and while it was really fun and had a lot of great moments in it, the character is so sexualized, you know? Really talked about like she’s a piece of something, like a possession or a thing or whatever — like a piece of ass, really. And Tony even refers to her as something like that at one point. What does he say? … “I want some.” Yeah, and at one point calls her a piece of meat and maybe at that time that actually felt like a compliment. You know what I mean? Because my thinking was different.”

Here’s the Introduction of Black Widow in Iron Man 2: Tony Stark actually says “I want one,” not “I want some,” but it’s the same general idea.

Dune Debut: If you were on the fence about the Venice Film Festival, let me push you right over: Denis Villeneuve’s Dune will premiere there, according to Variety.

Disney and Pixar’s Heat: Here is something cool on Twitter. I gather from the thread below that this masterpiece was created with a simple Snapchat filter.

A Thought: In the glorious future, when everything is Pixarized, actors’ height won’t matter.