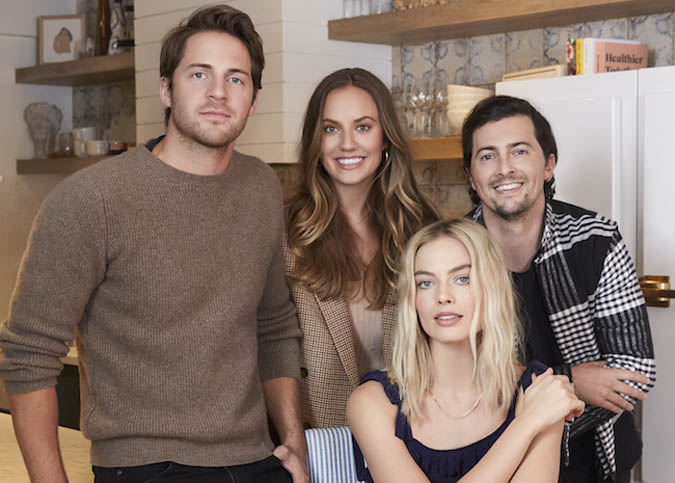 LuckyChap was founded in 2014. But Robbie and Kerr’s earliest deal dates back much further, to their childhood in Australia. “She was like a young Britney Spears and I was like a little emo,” says Robbie. “Margot was like cutting her hair with razors and listening to Thrice,” says Kerr. “We basically could come to a common ground on Jack Johnson, back in the day.”

Kerr adds: “I think when you grow up in the Gold Coast in Australia you always want to work on film sets and in movies but it feels like a near- impossible task, because you literally know nobody who does that. It’s changing now.” 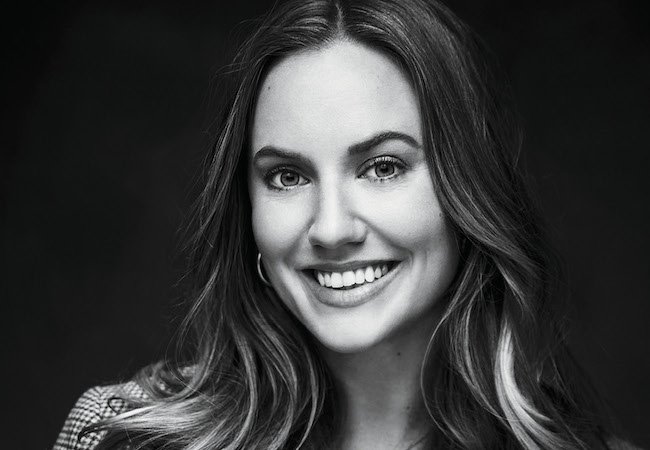 As a teenager, Robbie cleaned houses and worked at a Subway and a surf shop before landing a role in the Australian soap opera Neighbours. That led to ABC’s drama Pan Am, and her breakout role in Martin Scorsese’s The Wolf of Wall Street. During her audition, she slapped Leonardo DiCaprio during a scene when the script called for her to kiss him. (“I just got caught up in the moment, and it seemed like the thing my character would do,” she says. “Thank God it turned out well… I could have been arrested for assault.” Robbie and DiCaprio played neighbors in Once Upon a Time… in Hollywood.)

In 2013, Robbie met Ackerley and McNamara when she appeared in the World War II romantic drama Suite Française. They were assistant directors on the film.

“When we all met on the set and became friends, we’d talked about developing stuff. I’d asked them what their goal was with the AD-ing, and they said they wanted to produce. And I said I want to make my own stuff one day too,” she recalled. “So we said, ‘Let’s do that.’”

Robbie, Ackerley, McNamara and Kerr had so much fun hanging out together that they decided to become roommates. One day, McNamara bolted into Robbie’s room with a book called Bad Monkeys, a novel by Matt Ruff about a woman who is arrested for murder and tells police she is part of a secret group battling evil. It was one of the first books they optioned, and remains in development. (The company’s other books in development include the bone-dry and pitch-black Ottessa Moshfegh novel My Year of Rest and Relaxation.)

On another day, Robbie found a script in the kitchen by their friend Vaughn Stein. She loved it. “And so we said, eventually, ‘Let’s make it. Let’s see if we can get it made.’ And we did. That was our first film,” said Robbie.

The film was the neo-noir Terminal, which Stein directed. When Robbie starred in Tarzan, she and Kerr enlisted the help of British producer David Barron, best known for the Harry Potter films, to join them as a producer on Terminal.

“We felt like he’d be a great mentor to us. We all recognized we have so much to learn,” Robbie said.

As they filmed the stylish, low-budget thriller, they joked with Barron that he must miss Harry Potter-sized budgets. He told them that wasn’t exactly the case, and gave them some advice they still think about often. 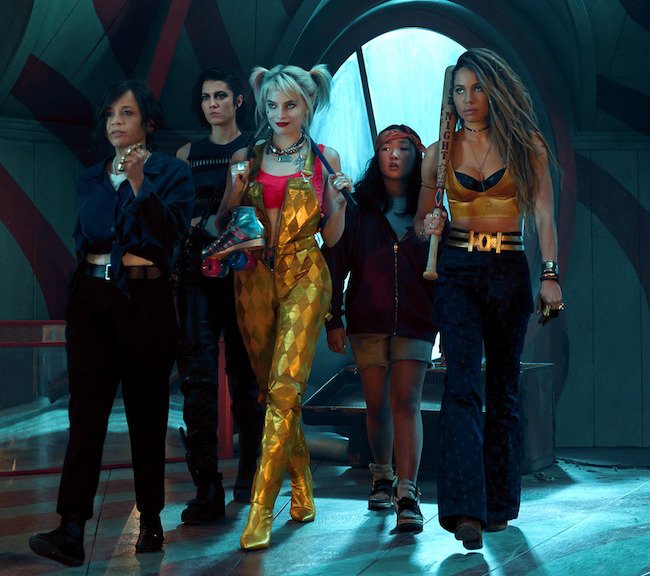 That proved especially true as they worked on their next film, I, Tonya, a biopic of Olympic skater Tonya Harding with Robbie in the lead. Some skating fans still considered Harding a pariah because of a 1994 attack on her rival, Nancy Kerrigan, orchestrated by men in her circle. But I, Tonya sympathetically reframed Harding as a tough, misunderstood and pragmatic survivor of domestic abuse who, despite a very hard life, skates like a demon.

There was never enough time or enough money, but that led to some breakthroughs.