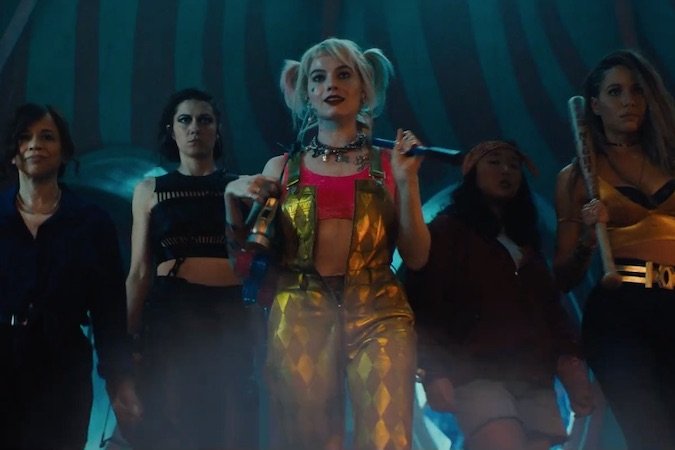 Birds of Prey director Cathy Yan was a Wall Street Journal reporter before she became a moviemaker, and she has a cooly journalistic read on why more women are directing comic book movies this year.

According to Women in Hollywood, only 12 percent of the top 100 grossing films of 2019 were directed by women. But in 2020, about half of all big-budget superhero films will have female directors, including Black Widow (directed by Cate Shortland), Wonder Woman 1984 (directed by Patty Jenkins), and Eternals (directed by Chloé Zhao).

Why, this year, are comic-book movies suddenly more gender-balanced than movies overall? One reason, Yan believes, is that when women aren’t represented in the highest-profile films, people notice — and call attention to it. That forces studios to act.

“I think that maybe part of it is that there are more eyes on it. There’s a little more pressure,” Yan told MovieMaker. “If what it requires is one studio to do it so that the other studios are sort of shamed to do it as well — if that’s what it takes, then that’s what it takes.”

Obviously, gender equity hasn’t been the rule in superhero movies up until now. Patty Jenkins became the first woman to direct a major superhero film — 2017’s blockbuster Wonder Woman — nearly 40 years after Richard Donner’s Superman. One reason for the influx of female directors for 2020 comic-book movies is that female characters are only now reaching the front of the line.

Black Widow, for example, is the second-to-last of the original Avengers to get a standalone film. Harley Quinn, played by Margot Robbie, was the breakout character in 2016’s Suicide Squad, and Birds of Prey puts her at the center of the action and surrounds her with an all-female team.

It’s notable, but not coincidental, that so many of the female superhero directors this year came from the world of low-budget indies. Yan’s acclaimed first feature film, Dead Pigs, doesn’t yet have U.S. distribution. Zhao’s first film, The Rider, was set on a Native American reservation with no big-name actors. Shortland’s previous movie was the low-budget Sundance film Berlin Syndrome. Jenkins broke through with the explosively successful 2003 indie Monster.

Indies and big-budget movies may seem like polar opposites, cinematically, but what they have in common is their element of risk.

Small indies are relatively safe bets because so little money is at stake. Indie film directors spend lots of time fighting to get their films made, but don’t need to lose months or years getting permission slips from studio executives.

Big-budget films, meanwhile, have some built-in security because audiences are already invested in the characters.

“Not that [Birds of Prey] was not risky, and certainly when Margot was pitching the movie it seemed extremely risky — but I also think that there’s a sense that there’s an established audience with a lot of these comic book movies,” Yan said. “And it doesn’t mean that every one of them does well. But there’s a familiarity with these characters and a real demand and desire to see them on the big screen. And that promise allows them maybe to take more risks when it comes to the hiring of female directors.”

So women can break in at the indie level, where there isn’t as much money to be raised. And Hollywood is becoming more willing to hire women for big properties that have built-in audiences. But where does that leave every other type of film?

“It’s the middle that really needs a lot of help,” Yan said.

That shows in the kinds of middle-budget prestige films that are typically nominated for Oscars. Not a single woman is nominated for best director this year, and only one film directed by a woman — Greta Gerwig’s Little Women — is nominated for Best Picture.

Birds of Prey is in theaters Friday. Check out our Winter 2020 cover story on LuckyChap Entertaintment, the company behind the film, co-founded by Birds of Prey star and producer Margot Robbie.

Jesus Shows You the Way to the Highway Producer’s Advice: Take Risks
Year on Fire: How Claire Mathon Shot Portrait of a Lady on Fire and Atlantics